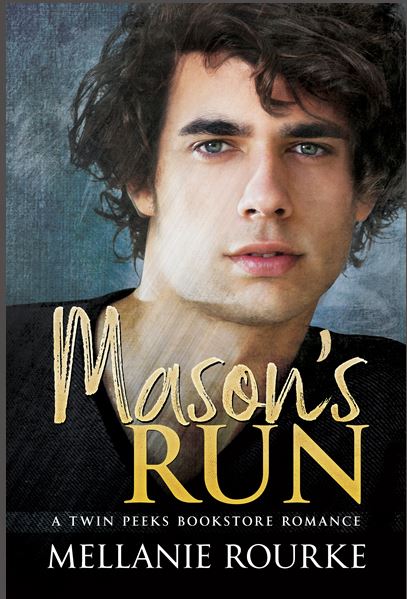 I’ve escaped a past that would have destroyed most men: used, abused and sold for sex from a young age by those who should have protected me, an unexpected moment of compassion from a stranger gives me a chance at a new life.

Though I’ve started over, my scars run deep; I’m an LGBTQ fantasy graphic novel writer and artist with a huge following, but I’m terrified of the world. When I discover that the stranger who saved me from a life of abuse is the same man who has finally awakened my body to desire, I realize the truth: Can I ever really be free if I’m still afraid of my past and the people who shattered me?

Serving as a medic in the Middle East, I felt the life of my fiancée slip away under my hands and was powerless to stop it. Discharged with physical and emotional wounds I can’t heal, I go home to my crazy, geeky family and try to learn to live with the damage.

Pain and grief lead me to some acts I’m not proud of, including paying strangers for sex. I’m determined to keep it strictly business, no emotions involved, but when I discover that Mason Malone isn’t a high-end escort, but a battered young man forced into a life of pain and degradation, I’m frozen in indecision. Then the man with the raven curls and blue-gold eyes whispers “”Please…”” and the barriers I built around my heart shatter.

Years later, fate brings us back together. He has a new name and career, but I could never forget those eyes. Mason, unfortunately, doesn’t recognize me. Every day I find myself more and more drawn to him, but I’m terrified of what will happen when our secrets are discovered.

As both of our pasts threaten our future, can we find a path to redemption? Can love and forgiveness overcome soul-shattering pain? Or will the discovery of our shared past create a chasm too wide to bridge?

“Well, who knew? All it took was a little murder to get him back,” I said, digging my fingers into my head, trying to get rid of the headache that was growing.

“It wasn’t murder, Lee,” Bishop insisted, his voice brooking no argument. “And you know it. You were saving that him. That’s what you do: defend the helpless, protect the innocent, just like you always swore to do. Like you always did for me.”

I looked up at him and shook my head, even if he wouldn’t acknowledge it, I knew it was different.

“It wasn’t the same, Bish. There was no ‘brotherly’ love involved,” I said wryly. “Just lust. I went there to use him, just like all the other men had.”

“But you didn’t. You thought he was a consenting adult. When you found out differently, you could have walked away,” he said implacably. “You could have stayed out of it. Pretended not to see. You could have left him there. Then what would have happened?”

“Fuck that! You know I couldn’t have, Bishop! They would have killed him!” I said, my voice getting louder as anger starting to replace my guilt. How could he not understand?

“God, I’ll never forget the smell of his burned skin…” I shuddered. “I lived through Afghanistan, but it wasn’t until I came back here that I found something that made me physically ill to think about.”

“So, again,” he continued, “You could have walked away, right? You called the police. They would have saved him, right?” he demanded.

“I couldn’t leave him,” I whispered. “I promised him I would save him. I had to.”

“I didn’t go there to save him, Bishop. I went there to use him, just like all the other men did,” my voice broke as I yelled at him. “He fears becoming the same monster his tormentors were to him, but I already am.”

I realized suddenly that I was yelling, on my feet, my chair pushed back, hands balled into fists on the table as I leaned on them.

“Really? So why didn’t you?” Bishop asked, still seated, his face blank, his eyes quiet as he spoke. “You’d gone hundreds of miles for him, killed this bastard, Ricky, for him. You could have fucked him then. No one would have known. He certainly couldn’t have stopped you. After all, you spent your hard-earned cash to fuck him, right? But you didn’t do it. Why not?” Bishop stood now, also leaning forward on the table, his face tipped up toward mine in challenge, his eyes flashing like lightning.

I looked at my brother in disbelief. How could he even think of such a thing? Rape Mason? The mere thought of it had me diving for the trash can as the pastry and soda came back up. I coughed and spat, eyes streaming as another wave of nausea hit me. After a moment, a wet washcloth was laid gently across the back of my neck, and I looked up to see Bishop staring down at me, a soft smile on his lips.

“That’s what makes you different,” he said quietly, pointing to the mess in the trash can and I raised an eyebrow at him. “The mere thought of forcing another human being to have sex makes you vomit. Those men who hurt Mason had long ago lost whatever reflex it is that lets us keep evil out of our souls.”

She has been writing since she was a child but never had the impulse to publish until she was introduced to the world of MM Romance. Now her husband has to put up with a variety of new ways to describe a penis, and her children aren’t allowed to tell their teachers what she writes.

Eden Finley handles a sensitive subject with care and love

I’m wordless. This book has essentially left me speechless with just how much justice was done to such a difficult subject.

It can’t be read alone, imho. You need to have read Law’s story first to have a full understanding of how Anders’ life has been one of simply existing for the last five years.

There are trigger warnings, they need paying attention to. Eden Finley deals with some of the harshest forms of mental trauma in this book with a sensitivity that is second to none.

I’m not going to mention much about them, this is a narrative that needs to be experienced alongside Brody’s discovery of Anders’ past and his issues.

I will say though, it’s not a depressing book, there is such hope and love throughout that it really does make your heart sing.