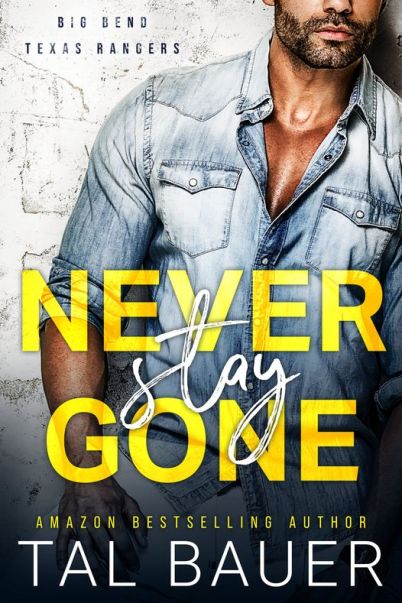 Six bodies in a single grave… in the same West Texas country where Dakota left everything behind.

Every beat of my heart belongs to you.

Thirteen years ago, Dakota Jennings thought he’d found his forever when he fell in love with Shane Carson. But one afternoon shattered their love story, and both Dakota and Shane left Rustler, Texas, with broken hearts. Even now, Dakota is still feeling the agony of losing Shane. Sure, he’s a Texas Ranger, but that’s not how he wanted to live his life. All he ever wanted was to love Shane.

Loving you is the only time I feel alive.

Shane’s life was supposed to be different than this. There’d been a plan, ever since he was knee-high to his father. But falling for Dakota spun Shane’s world upside down, and for years, Shane has had nothing but the memories of all that he lost: Dakota’s gentle touch, and the sweetness of his lips, and the star-strewn nights they spent wrapped in each other’s arms.

West of the Pecos, there is no law.

When the Rangers get the call about six bodies being pulled out of a mass grave in West Texas, the governor sends Dakota to run the investigation. Dakota heads back to his hometown and comes face-to-face with the last man he ever expected to see again: only now, he’s Deputy Shane Carson… Dakota’s local partner assigned to the case.

There’s nothing Dakota wants more than a second chance with Shane, but so much is stacked against them: six corpses, a murderer on the loose, and history that refuses to stay buried. And the bodies keep piling up as Dakota and Shane try to run the killer down across the West Texas plains.

In a moment, everything changes: the hunters become the hunted, the past fractures, and all Dakota thought he knew comes tumbling down. Secrets break wide open as Dakota remembers–

This is West Texas, and out here, nothing is as it seems.

Big Bend County is a place of beauty and desolation, of secrets and small towns. Where the past and the present collide, and where nothing stays hidden forever.

This MM romantic suspense is the first in the new Big Bend Texas Rangers series. Come along for the West Texas sunsets, the heart-pounding thrills, and the hard-won Happy Ever Afters.

Tal Bauer writes breathtaking, heartfelt, and often action-packed gay romance novels. His characters are head over heels for each other, and fight against all odds for their happy ending.

Nothing stands in the way of love. Tal is best known for his romantic suspense novels, including the Executive Office series, The Murder Between Us, The Night Of, and his MM sports romance, The Jock.

Visit Tal at www.talbauerwrites.com and on Facebook or BookBub today.

Another absolute classic from Tal 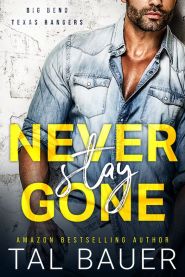 This time I half guessed it right 🤣

Tal has such a talent that whenever I find to review his books, I find myself wanting to say the same things each time.

It’s no different here. If you’ve ever read a book from Tal, you should have your survival kit close at hand.

With this book, you’ll need it more than once as your heart will break just like Dakota’s did 13 years earlier when what he thought was his future was shattered by Shane.

I’m not going into any spoilers about the criminal element of the plot.

Other than to say, I’d got it partially right but still missed a crucial bit of evidence.

The scene setting is superb as ever, I really could feel the heat and taste the dust of this somewhat forgotten part of Texas.

This is such a visceral part of the narrative that it drives the story as much as the murder investigation does.

And, as it has law enforcement officers as its key characters, it’s as exceptionally researched as all of Tal’s other books.

Regarding Dakota and Shane, it takes a while for them to reconnect but 🔥🔥🔥🔥🔥 do the fires burn when they do!

So many other interesting characters too that I’m intrigued to find out where Tal goes with the series.

A triumphant return to the Ward Security Series

The Ward Security series just works for me.

I can’t say exactly what it is, but the combo of high octane adventure, steaming hot chemistry and enough code names and chaos to sink a battleship, is just my jam.

Here we get Cole’s story and we also get to meet up again with Noah’s ex Army Ranger and occasional friend with benefits JB.

JB has a ranch in Texas and Cole is sent there to hole up after a sting puts him in the eyeline of a dodgy dude.

What happens next is a really beautiful romance, which starts out as a friendship between two people who just connect emotionally.

As Cole gets closer to JB, and as strange things start happening on his family’s ranch, it becomes clear that his feelings might be more than just admiration for a hard-working guy.

I felt this sexual awakening thread was done very well. Cole and JB click from the off and it didn’t seem like too much of a stretch for Cole to realise he was fascinated with JB and had more than just friendly feelings.

The catalyst for their relationship switching to the physical worked for me, it’s an adrenaline high kick where there was a physical risk to both men and I could see emotions taking over.

That it all happens over a relatively short time period doesn’t feel unusual either, it seems way longer, as if they’ve been dancing around each other for ages.

I was so happy when Jocelynn and Rinda said they were returning to this series.

Now I’m really hoping it’s kicking off a second spin off as I want ranch foreman Owen to get his second chance with the love of his life too!