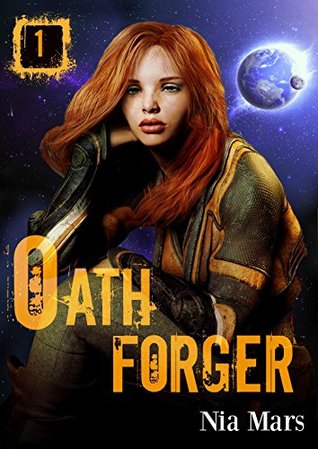 I’m a scavenger. So what? With society’s collapse on Earth, I do what I have to for survival. Especially after I’m kidnapped by space pirates.

I have no idea why the five most powerful rulers in the universe decide that I’m the Oath Forger, the one foretold to fuse their royal houses together and bring peace. But I’m going to play along. 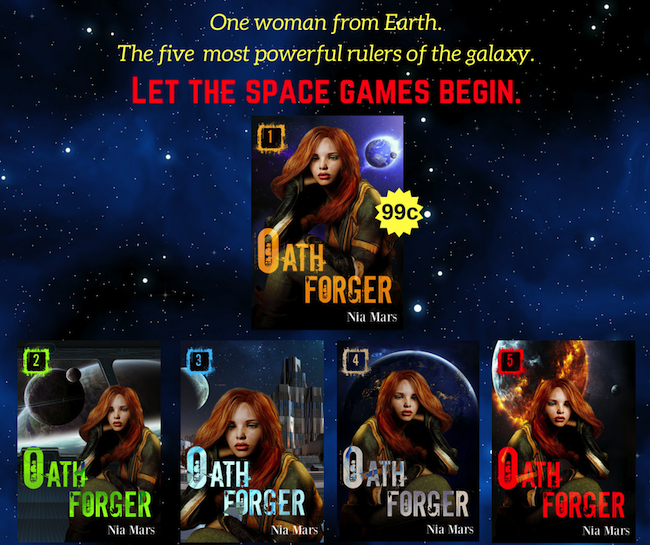 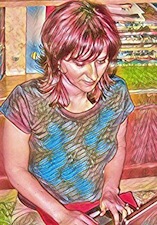 Where have you been all my life? I love everything sci-fi, paranormal, and fantasy. I eat enough chocolate that at this point, I’m probably made of chocolate. OK, chocolate and coffee.

WHAT ELSE: If you’d rather try a standalone sci-fi romance from me, grab WARLORD. And make sure you don’t sit near anything flammable while reading it. Because it’s HOT. Whatever level of heat you’re thinking right now? Double it. (Not recommended if you don’t have AC, or at least a ceiling fan.) You’ve been warned.

IF YOU’RE LOOKING FOR A DRAGON: Check out DRAGON LORD, my dragon-shifter romance. And be prepared to lose your heart to a sexy, grumpy dragon. The best kind!

MY WISH LIST: (In case my fairy grandmother is reading this.)

For the OATH FORGER series to find readers who love these stories as much as I do.

Finishing my Master’s Degree in (what else) Writing Creative Fiction. (When I’m not writing books, I’m doing homework.)

WARRANTY: Your satisfaction is very important to me. If you have a complaint, please write it on a box of 50-piece Assorted Godiva Chocolate Truffles, and mail it to my office. I promise to personally see to all complaints.

Book Blitz: The Forest Beyond the Earth by Matthew S. Cox

Under the watchful eye of the Mother Shrine, twelve-year-old Wisp ekes out a simple, but challenging life with Dad, foraging for food and losing herself in old books from the world that came before. She loves the Endless Forest ― except when the Tree Walkers come for her.

In ages past, the great rain of fire and ash destroyed the Earth, wiping out the ancients and everything they had made. Nature has reclaimed much since then, spreading out in a vast forest full of wonder and dread. Ever in fear of being taken away, she follows Dad’s rules without question while learning to survive off the land.

No longer a small child, she accompanies Dad on one of his treks, her first time more than a few steps away from the cabin. A day exploring with him is the happiest time of her life, but joy is short-lived.

A monster follows them home.

Safe in her Haven, she hides while Dad goes outside to confront the beast. She wakes alone the next morning, and waits. Alas, her hope of his return fades with the daylight. Desperate, she breaks his strictest rule and goes outside alone. Not far from the cabin, she discovers his rifle abandoned next to the monster’s strange footprints.

Afraid but determined, Wisp sets off on her own into the Endless Forest to find Dad ― before the Tree Walkers catch her.

On SALE for a limited time only!

Are you a book blogger or reviewer? Join the blog tour here!

Born in a little town known as South Amboy NJ in 1973, Matthew has been creating science fiction and fantasy worlds for most of his reasoning life.

Somewhere between fifteen to eighteen of them spent developing the world in which Division Zero, Virtual Immortality, and The Awakened Series take place. He has several other projects in the works as well as a collaborative science fiction endeavor with author Tony Healey.

Matthew is an avid gamer, a recovered WoW addict, Gamemaster for two custom systems (Chronicles of Eldrinaath [Fantasy] and Divergent Fates [Sci Fi], and a fan of anime, British humour (<- deliberate), and intellectual science fiction that questions the nature of reality, life, and what happens after it.

He is also fond of cats. 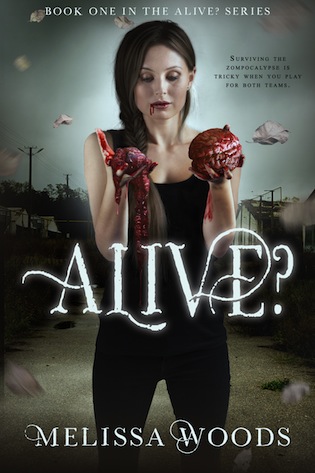 Everyone knows the first rule of the zombie apocalypse: Don’t. Get. Bitten.

Too bad Violet has never been great at following the rules. Walking home after a night of partying, she manages to let one of the Dead take a chunk out of her only hours after they’ve begun walking again.

Violet’s body is undergoing changes, and suddenly the taste of human flesh is not as revolting as it once sounded. Controlling her new urges will be hard. Living with survivors who have no idea will be even harder. And the real zombies? They still want to eat her, too…

Surviving the zompocalypse is tricky when you play for both teams.

New from author Melissa Woods, Alive? is a heart-pounding adventure with suspenseful plot twists, complex characters, and a dash of dark humor. Gritty and raw, Alive? is sure to keep you guessing, and will delight zombie apocalypse fans everywhere.

Melissa is a Primary School teacher by day and a writer by night. She grew up in a small town in the UK, and spent of her time with her nose in a book. Her childhood was filled with R.L Stein, Jacqueline Wilson, and J.K Rowling, and they inspired her to begin creating her own worlds.

Melissa has always been fascinated with stories about living through an apocalyptic event, and with characters who feel so real that they become part of the reader long after the book was put away. She wrote the first draft of Alive? at sixteen, and has been hooked on writing ever since.

When she’s not writing, Melissa enjoys reading, playing video games, crocheting, and spending time with her two dogs (and occasionally her husband).