If I tell you that my number one TV show of all time is The West Wing, you can probably guess how excited I am for this series.

And Press is a great introduction to the crazy world that is working in the White House.

I have two minor concerns with this book though which I’m going to spoiler although they don’t reveal anything specific.

First is the choice of ‘bad guys’, which just felt to me personally a bit too “going with the stereotypical options” and reminds me of big Hollywood movies where the villain always has an English accent.

However, I am hopeful, given elements of the overall series plot which are revealed here, that it may turn out to not actually be as obviously the case. If so, then it will be a fantastically clever twist.

The second is a really tiny thing and more a me problem than the book itself and it concerns character names. When Henley calls Levar by a nickname, it instantly takes me to one of the slang words for a toilet here in the UK – not quite as sweet as the use would indicate because in my head, his name is pronounced La-va when I guess it should be sounded Lee-var  🤔

The other is Calix, Levar’s boss. His name just made me think of a kids scientific building system, which is again totally on me and I’m sure I’ll get over it.

So they were the only two things which popped me out of a narrative which is superbly paced, packed with great world building without a dumping of information and which has a realness to it which I’m really looking forward to seeing develop further.

Levar and Henley are a gorgeous pair. They’re scorching hot, the chemistry and connection between them flies off the page.

There’s also a fantastic set of secondary characters who are going to make up the rest of the series as I understand it and I’m very keen to see how Nora is going to pair them all up.

The main plot itself is intriguing, I love anything which hints of dodgy dealings in the corridors of power 😁

Very much itching to find out more as this series progresses.

Political drama, court intrigue, love, loyalty, betrayal and a plot-driven storyline that will keep you guessing right up to the very end. The beautiful covers were created by Anna Sikorska.

You learn your wisest lessons from your enemies. Assuming, of course, you survive the encounter.

Kendras is a casualty of war: injured, penniless, and quite possibly the last surviving member of the only family he’s ever known—the elite fighting force known as the Scorpions.

When a steel-eyed stranger offers him medicine and shelter in exchange for submission and a secret task, Kendras has no choice but to accept. He is a Scorpion; he’ll do whatever it takes to survive.

But his true goal is to rebuild the Scorpions. Neither Steel’s possessive nature nor Kendras’s shattered foot can keep him from finding the last of his brothers… or the mysterious leader of the Scorpions, a man who held Kendras’s heart long before Steel tried to take it for himself.

The goal is simple, the situation anything but. To rescue his leader and escape from Steel for good, Kendras must fight through a morass of politics and intrigue, where enemies are allies and even allies have hidden agendas.

If you lie with scorpions, you’d better have a taste for poison.

Now that Kendras’s lover Adrastes has claimed the throne of Dalman, Kendras is tangled deeper than ever in politics and intrigue. As the new leader of the Scorpions and Adrastes’s one true friend, he and his men stand between Adrastes and those who wish him dead.

And many do. Adrastes openly challenges the ocean priesthood for power while establishing himself at court and brokering with the realm’s various factions. He means for the Scorpions to become a fearsome legion again, but Kendras must first learn how to be a good officer and recruit to replace the fallen.

His choices will determine the future of a group steeped in hundreds of years of history and tradition.

As both Kendras and Adrastes settle old scores, a new enemy arises in Commander Graukar, a war hero loyal to the old order. In his formidable mountain fortress, Graukar may hold the balance of power.

But while Adrastes aims to either rule or destroy Graukar, Kendras finds himself doubting Adrastes for the first time, and sharing more with Graukar than he ever thought possible.

A Taste for Poison |Aleksandr Voinov

Even the hand of a king is stung when it reaches for the scorpion.

After barely surviving an assassination attempt, King Adrastes is a changed man—one who mistrusts even his allies and friends. He readies his empire for war against an enigmatic enemy, the Elder of Vededrin, but not everyone approves.

While courtiers dare only to whisper dissent, an outrider called Death foments rebellion in the mountains, aided by a prophecy that promises he’ll stop the Black King.

Kendras—former lover to Adrastes and leader of the Scorpions—is sent with his elite mercenary force to bring Death to justice. But when Kendras learns who’s hiding behind the mask, he must choose between his lover Graukar, newly appointed general to the king—and King Adrastes himself.

With no man to call master, the Scorpions could flee the danger and intrigue. But Kendras cannot abandon the man he once loved—or the man he’s growing to love—without first uncovering the real threat to the Empire.

Aleksandr Voinov is an emigrant German author living near London, where he works as a financial editor, writing coach, and complementary therapist.

At 43 years of age, Voinov has written more than two dozen novels and published five novels with German publishers. After many years working in the horror, science fiction, cyberpunk and fantasy genres, Voinov is now primarily writing queer fiction.

Described as a “workaholic speed-writing freak” by fellow writers, a “creative writing class drill sergeant” by his writing ‘padawans’, Voinov is a self-confessed geek and has enlarged his days by 12 secret hours in return for the sacrifice of ten albino virgin pygmy hippos.

Voinov’s style has been called “dynamic to the point of breathlessness” and “disturbingly poetic” by publishers and literary agents. A recurring theme in his fiction is “the triumph of the human spirit” or an individual rising to challenge the status quo in a world gone bad.

Intellectually, he is drawn to the dark side of human nature and history. As a trained historian, he is fascinated by wars, religion and the conflict between the individual and society.

Interests at the moment include WWII, medieval siege warfare, William Marshall, the Golden Age of Piracy, and whale-hunting. These interests are subject to change from one day to the other, and Voinov single-handedly sustains two bookshops in London. 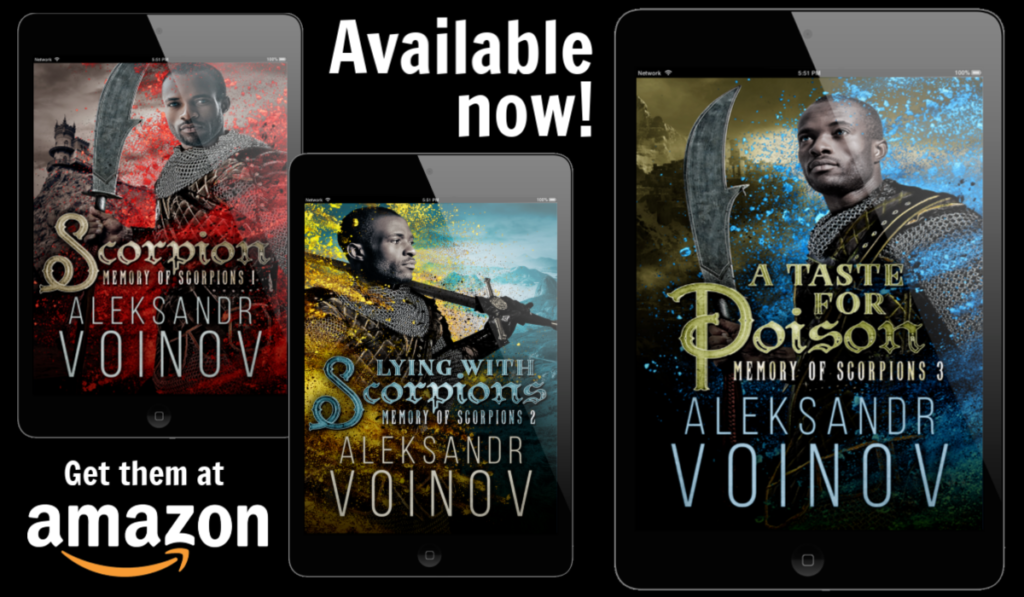 Of Hope and Anguish by Silvia Violet

Argh, there better be a book three on its way because, although this wraps up the majority of the narrative, we’re still not at the end of the Revolutionary War.

The pacing in this one is faster, it’s more dramatic as Eli and Jack are now a pair in love but separated by duty. There’s a few plot threads still left open by the end of this which need some sort of conclusion but it’s still a rollicking good read.

Constance is still a brilliant solid presence in this and we get to know Randall Bradford a bit more too, with as few new characters joining the roster, the dangers are ramped up hugely over book one.

Without going into vast detail, there’s the usual beautiful emotions between Eli and Jack – and the incredibly hot sex – but there’s a few ups and downs too.

This is another truly engaging historical in a setting which often gets overlooked for romance.