This political thriller is an absolute edge of the seat triumph

The Night Of: M|M Romantic Suspense by Tal Bauer

Repeat about a million times, throw in a half dozen WTF moments and then mix up with a sprinkle of “I don’t believe it” and you come vaguely close to trying to describe the complete head rush of The Night Of.

I can’t actually write a review about the book itself because – like all of Tal’s novels – they have to be experienced blind.

If you’ve ever read anything from him, then I’ll summarise by saying this book has all the feels of Enemies Of the State, the absolute mind twisting of Hush and Whisper, and the thrilling edge of The Murder Between Us.

It’s romantic suspense perfection and the subtle nods to that other White House couple were the best kind of Easter Eggs.

I don’t know exactly what Tal did in his previous political/legal-y Government-y career, but the intricate detail in the narrative felt wholly believable to me!

The actual deep plot, while it feels and sounds like it should be implausible, actually has precedents, although not to this level, and reminded me of all the best political Cold War thrillers.

This works as a standalone, but there’s definitely wriggle room to get another peek into Jonathan and Sean’s lives and a couple of the other Government spooks intrigue me too!

Do yourselves a favour and read this one as soon as it’s out, you really don’t want to have it spoiled.

Love Has No Gender – the brighter side of

The truth is complicated. 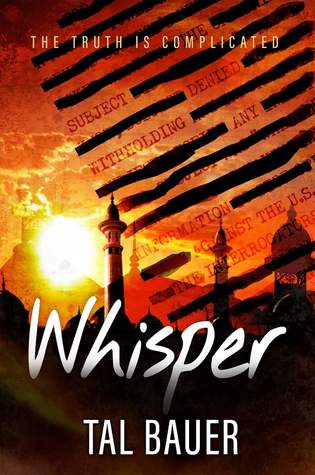 On September 11th, 2001, Kris Caldera was a junior member of the CIA’s Alec Station, the unit dedicated to finding and stopping Osama Bin Laden. They failed.

Ten days later, he was on the ground in Afghanistan with a Special Forces team, driven to avenge the ghosts that haunted him and the nation he’d let down. On the battlefield, he meets Special Forces Sergeant David Haddad. David – Arab American, Muslim, and gay – becomes the man Kris loves, the man he lives for, and the man he kills for, through the long years of the raging wars.

David Haddad thought he’d be an outsider his whole life. Too American for the Middle East, too Arab for America, and too gay to be Muslim. It took Kris to bring the parts of himself together, to make him the man he’d always wanted to be. But the War on Terror wreaks havoc on David’s soul, threatening to shatter the fragile peace he’s finally found with Kris.

When a botched mission rips David from Kris’s life, Kris’s world falls into ruin and ash. A shell of the man who once loved with the strength to shake both the CIA and the world, he marks time on the edges of his life. The days bleed together, meaningless after losing the love of his life.

After being captured, tortured to the edge of his life, and left for dead by his comrades, David doesn’t know how much of himself is left. He vanished one day in the tribal belt of Pakistan, and the man who walks out almost a decade later is someone new: Al Dakhil Al-Khorasani.

But strange rumblings are whispering through the CIA. Intelligence from multiple sources overseas points to something new. Something deadly, and moving to strike the United States. Intercepts say an army from Khorasan, the land of the dead where the Apocalypse of Islam will rise, is coming.

And, at the head of this army, a shadowy figure the US hasn’t seen before: Al Dakhil Al-Khorasani. 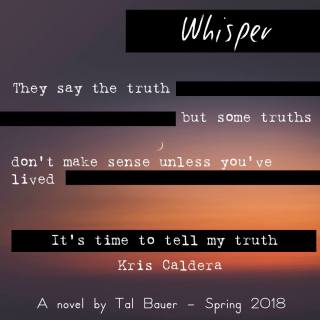 AND NOW A SPECIAL EDITION OFFER!!!

CHECK OUT OTHER BOOKS BY TAL BAUER

Tal Bauer is an award-winning and best-selling author of LGBT romantic thrillers, bringing together a career in law enforcement and international humanitarian aid to create dynamic characters, intriguing plots, and exotic locations. 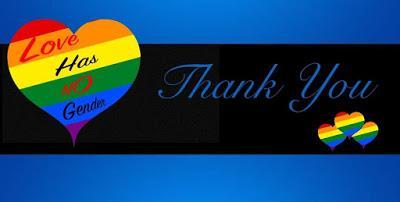 Warning: Minor spoiler in this review

Enemy Within by Tal Bauer

OMG, oh my God people this book is beyond exceptional, it wraps up the trilogy in an almost perfect fashion but still leaves a hint behind that there could be more.

And believe me, I want more. Who are the missing clones, will Jack and Ethan head up the secret black ops department, will Sergey and Sasha get married, will Faisal become King with Adam by his side?! I NEED to know these things.

The tension and pacing throughout this book left me breathless. Who was going to be the other hidden traitor? I guessed rightly with one though as soon as I saw his name.

SPOILER ALERT: It was a really nerdy moment and a tribute to one of the greatest Star Trek mythologies ever. Once he arrived I knew there would have to be something going on, it’s a truly stand out name but the discovery of just what his role would be still surprised me and the cleverness of the plotting to get him to that point was superb.

I think I spent half this book praying the traitors wouldn’t be Scott, Levi, Welby, Doc, Colman, the press guys, Elizabeth, there were so many it would have killed me to read as a traitor. And it was still a shock when it came. And it came with such a vengeance, the tension jacked up to such a level I could actually feel my pulse racing.

I should also say that the amount of research and detailing which has gone into this book series is exemplary, it deserves a world of five stars on that basis alone but when added to the rest, it takes this book somewhere beyond just an enjoyable read and into the stratosphere.

I want to see these books on TV or the big screen, they have every single ingredient needed for a true blockbuster and hopefully one day, when the world catches up that love between two men is just as romantic and vital as a heterosexual pairing, we may just get it.

Bravo Tal for writing a trilogy of books which will forever sit on my must be read favourites shelf.