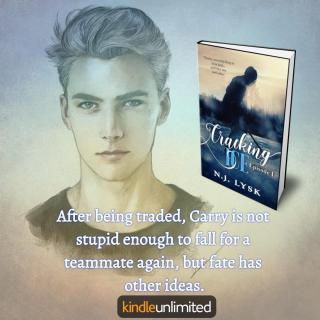 An omega in heat.

A night they won’t forget.

A connection they cannot deny.

When Cartwright Johnson joins the Hell’s Flames, he expects to play hard to compensate for being an omega daring to pursue a professional hockey career. But he doesn’t count on the instant connection he forms with his alpha linemate… Or on the heat it sparks.

All Keenan Avali wants to do is play hockey. It doesn’t matter that he’s an alpha, he’s got no interest in dominating anywhere but on the ice. And he’s certainly got no interest in men, no matter how sweet they smell or how beautifully they skate.

But how close can they get to success without losing something much dearer than a game?

CRACKING ICE is a 240,000 word episodic novel including enemies-to-lovers, role reversals, overpowering instincts, life-changing friendships and a love that cannot be denied. 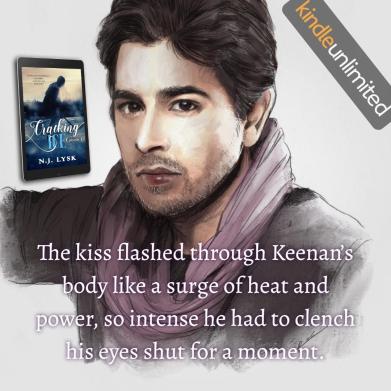 “You want to fake date me?”

Music is my life, my band is my heart and soul, and it’s all falling apart before my eyes.

A plan hatched from desperation as we both watch our careers burn down around us. Dating my best friend’s twin brother, Paris, who just so happens to be a gay icon at the moment seems like the perfect plan.

And if we have a little fun along the way, where’s the harm in that? The band is spiraling, his football career is going up in flames, and the more the world falls down around us, the easier it is to get lost in each other.

But are stolen moments during our own busy schedules and hurried kisses hidden behind social media posts the basis for a real relationship, or is this just another thing that’s going to turn to dust in our hands?

**Strike a Chord is the fourth and final book in the Replay series. This series can be read in any order. 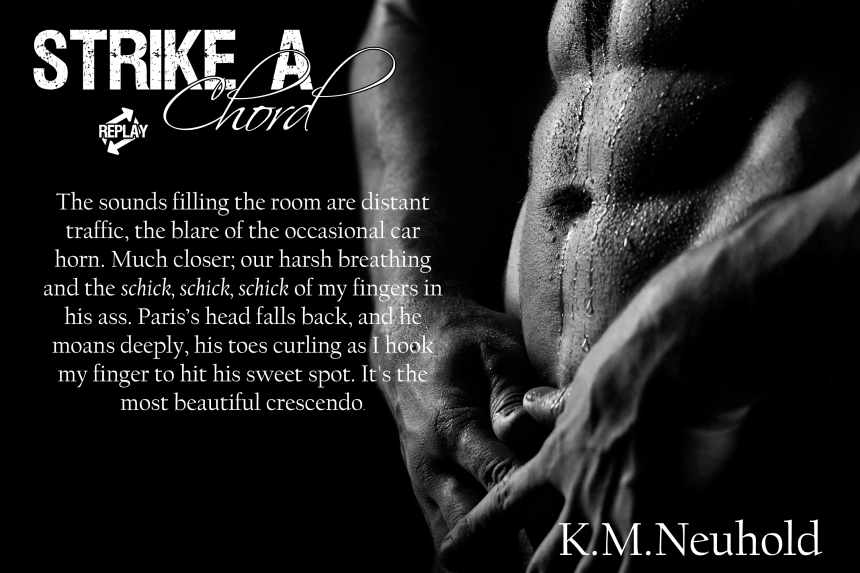 The strong bassline pounds in my chest, the music becoming a heartbeat all its own as it courses through me. Bodies move around me like an unruly ocean, and I’m lost at sea. Sometimes I hate this feeling, disappearing into the crowd, being nameless and faceless in the dark, pulsing lights of the club. Other times, I crave it like oxygen. For a few brief seconds I’m not a member of the biggest rock band on the planet. I’m not the guy whose face is plastered on magazines and posters and t-shirts. I’m not the person who lays awake at night waiting for the phone call that one of my best friends is dead by their own reckless hand.

I lick my dry lips and lift my drink to them, savoring the burning taste of alcohol on my tongue as I throw the shot back.

“Benji!” A familiar voice breaks through the loud drone of club noise. I glance over my shoulder to find Cooper pushing his way through the crowd. He gets surprised and excited looks from people as he shoves them out of the way. Yes, you just got elbowed by a rock star.

“Coop,” I greet him, holding my fist up for a bump when he reaches me.

“What are you doing down here? Come up to VIP,” he says, grabbing my arm and tugging me without waiting for my response.

We get even more wide-eyed looks as he drags me through the horde of bodies toward the stairs that lead to the VIP level. People take in my long blond hair, pulled into a messy bun on the top of my head, the tattoos covering my arms, and they realize who I am, but not soon enough to get a piece of me before I’m whisked away.

Ten years and most days it still feels like a dream. If I could go back in time and tell the nerdy thirteen-year-old hiding in the janitor’s closet to keep from getting the shit kicked out of him that one day he’d be a millionaire, playing keyboard for a chart-topping band, he wouldn’t believe it.

The way things are going, it won’t be true for long. Thoughts of what’s happening to the band are what drove me out of my quiet apartment tonight, dead set on finding as many distractions as possible.

Even if Jude manages to not snort his way to an early grave and Lincoln doesn’t “accidentally” cut himself too deep again and bleed out, we still have the little problem of Lando being unable to write music anymore. It’s starting to feel like one way or another, Downward Spiral isn’t going to make it into the new year, which is only a few weeks away. 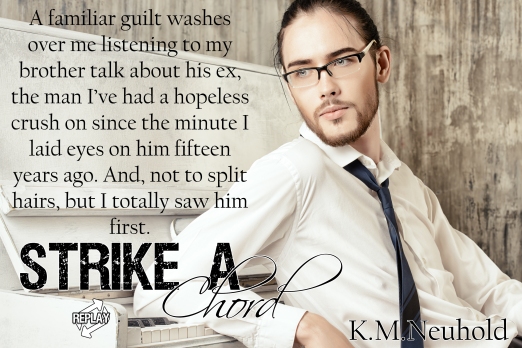 K.M. Neuhold is a complete romance junkie, a total sap in every way. She started her journey as an author in new adult, MF romance, but after a chance reading of an MM book she was completely hooked on everything about lovely- and sometimes damaged- men finding their Happily Ever After together.

She has a strong passion for writing characters with a lot of heart and soul, and a bit of humor as well. And she fully admits that her OCD tendencies of making sure every side character has a full backstory will likely always lead to every book having a spin-off or series.

When she’s not writing she’s a lion tamer, an astronaut, and a superhero…just kidding, she’s likely watching Netflix and snuggling with her husky while her amazing husband brings her coffee.