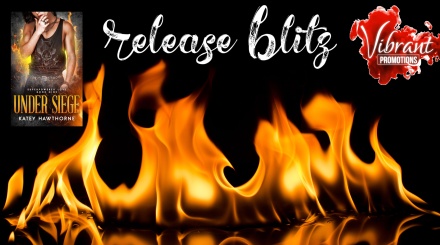 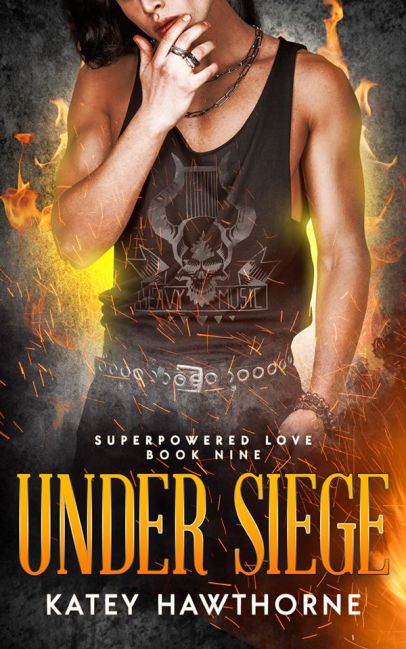 After shaking off a toxic boyfriend, admissions counselor and activist Kieran returns to his safe place: the lake house. Andrew and Gabriel have welcomed him there as an occasional third in their bed since they got together, and nothing could be more comforting. Kieran knows it’s not a long-term situation for him, but Andrew and Gabriel have other ideas.

Just when everyone’s settled, Andrew and Gabriel’s unspecified law enforcement work brings Rocco, a mysterious figure fond of long skirts and heavy metal, into their protective custody. Though no one can tell Kieran what kind of trouble Rocco’s in, the two get closer and closer until their mutual attraction is too much to deny. To start a real, honest relationship, Rocco will have to come clean about his big, superpowered secret.

Before they can find their way to happily ever after, though, Rocco’s trouble shows up to lay siege to the lake house. Maybe, if they can fight their way out, Rocco can be free to live and love Kieran once and for all.

“You deserve to be.” I started brushing his locks in long, gentle strokes. The same instinct that had told me not to push my luck earlier pinged again, though, and so I went back to the former subject: “Historical-era Marry, Fuck, Kill. Or if you’re not into marriage, fucking, or murder, we could change one of those to ‘befriend’ or even—”

“Marriage, fucking, and murder are cool.” Rocco sounded amused. “Well, okay, no, murder is not cool, but for the purposes of a game, sure. Where to first?”

I started finger-combing idly as I considered. “You said eighteenth century. Let’s do that first. Lemme think… Okay, got it: Mozart, Marie Antoinette, Ben Franklin.”

“Marry Mozart. To be in the presence of a genius, right?”

“He sounds high maintenance, but I’d probably pick the same.”

I realized I wasn’t actually doing anything but playing with his hair, even if he wasn’t complaining. I should probably do something about that—

He cut into my internal monologue with, “I got an idea. I just gotta check some dates.” Thankfully, Andrew had smuggled him that burner phone after all, once he’d made Rocco promise to use it only for general web surfing. It didn’t have any money on it, so it was basically a wifi-only iPod.

I smiled and started applying some hair gel to sections and combing it through carefully. After a few seconds, he said, “William Wallace, Genghis Khan, Eleanor of Aquitaine,” he said.

“Queen of England, married to Henry II. Her kids were Richard the Lionheart and Bad King John.”

“Oh, Katharine Hepburn in The Lion in Winter,” I said.

“Obviously marry Eleanor. Amazing,” I said. “I love a fierce lady who fucks up her kids that hard.”

Wallace. Scotland would hate me. This is a hard one.”

He laughed, and I realized that was exactly why he’d done it. “Think of it as Mel Gibson.”

“Okay, yeah, we’re murdering Wallace.” I asked, “What era is this anyhow?”

“I got one,” I said, tugging at his hair to get it to lie down flat. I needed it to dry a little before I could tease it up. That had to be how to get the bouffant look, right? “Madonna, Janet Jackson, David Bowie.”

“Don’t tell Andrew you said that.”

“No one who saw Labyrinth.” 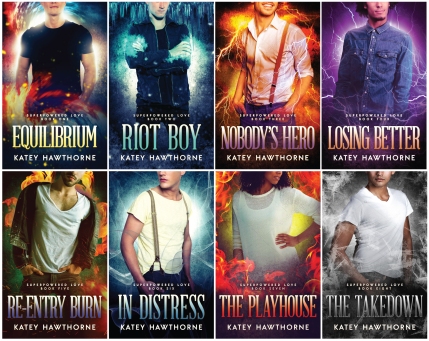 Originally from the Appalachian foothills of West Virginia, she currently lives in Ohio with her family, two cats, and two huge puppies. In her spare time she enjoys travel, comic books, B-movies, loud music, video games, Epiphones, and Bushmills. Her favorite causes include animal rescue and bisexual representation in media.

She is an unashamed fangirl and collects nerdy tattoos like she’s trying to prove it. 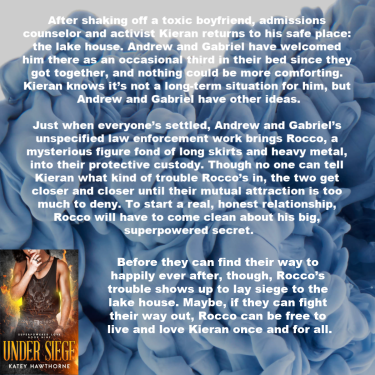