Jayce ellis ticked all of my contemporary romance boxes 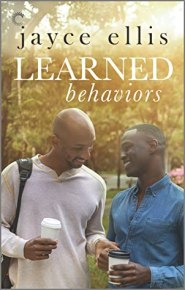 The more I read Jayce Ellis, the more I fall in love with the worlds she creates and the men who inhabit them.

This was a beautiful romance between two single dads, one only 35 but with a daughter heading to college, the other a bit older, who get thrown together in a work environment and find out that they’re not as adverse to each others’ company as first suggested.

This is a narrative which also puts the focus front and centre on two black men, their experiences of life, their culture, language and their family expectations, are all fully explored and it’s such a pleasure to see more of this contemporary romance coming from authors of colour.

I’ve really enjoyed the other books I’ve read from Jayce and this one was no different. The plot loosely follows along with a workplace romance trope, but adds in more depth through complicated families and two daughters who also fall in love with each other while at college.

I did thing this plotline ended up dropped without a firm resolution, both girls seemed to be still pining for the other but there wasn’t any movement once their feelings had been revealed.

But, I guess that’s a mirror of life! We don’t always get a satisfactory conclusion to relationships even when residual feels still exist.

There was a great supporting cast of characters and I’m hoping the two men that Jaq makes friends with at his daughter’s college are going to be the subjects of the other books in this series. I’m intrigued by both of them.

I also loved the strong female secondary characters sprinkled throughout this book. All in all another great read from Jayce. 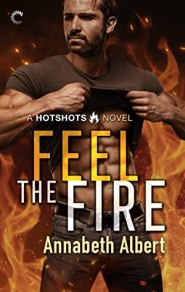 Feel the Fire by Annabeth Albert

I’ve loved each one of these books from Annabeth, but I think this one was my favourite because, not only were the protagonists older (approaching their late 30s), but because they communicated so well.

On the face of it, it sounds like it would be a default second chance romance, with recriminations to be overcome and long-felt guilt and hurt to deal with, right?

But it’s so much more than that.

It’s a clever exploration of how sometimes the person you were in love with at 16 is the right person, but the timing just wasn’t and no-one is ultimately to blame for why you didn’t stay together.

It’s clear from the moment Luis is told he’s being sent back to Oregon – because of his specialist experience in investigating forest fires and arson attacks – that he’s dreading returning to the place where he and Tucker fell in love.

A California boy, his family’s brief eight-year stay in Painter’s Ridge before they moved back to the warmer climes, holds only painful memories for him now, but he’s also dealing with a personal loss at home too.

When he bumps into Tucker on his first day at work, he’s thrown for a loop. He’d expected his teenage love would be married and working his family’s ranch, not running the teams dealing with forest fires, but you can see instantly the sparks are still there.

What I loved that there was no big blow out here when Tucker and Luis met again. They didn’t sulk and mooch about passing sly comments or fighting some angry sex demons – (not that that would have been a problem either because they were both fine #justsaying).

Instead, there’s a totally mature conversation about long distances, about one time mistakes having life-long consequences (and twin boys 😉 ) and about how the longer time goes on without speaking, the harder it gets to pick up a phone or write a letter.

There’s still big issues to deal with though. The path to happiness isn’t a straightforward one. There’s extended families, the twins are about to graduate and they’ve got big decisions to make too. And Luis’ placement is only temporary.

You get this feeling of overwhelming melancholy alongside the joys with this book and I think Annabeth has picked the narrative perfectly. On the face of it, there is no easy answer.

Both men have commitments in the places they live but they also know they’re it for each other and if it doesn’t work out again, the future looks sad and lonely. As the tale unfolds, both Luis and Tucker have hard decisions to make and they never try to avoid facing up to the obstacles in their path.

Tucker is demisexual, but his connection to Luis is clear from the start. I felt this was handled in a thoroughly believable way. His feelings for Luis just came back to the front as soon as they saw each other again, his willingness to explore his sexual needs were honestly earned.

There’s a real sense of gentleness with this romance, even with all the hurdles the two men have to fight through and, for me, the ending was a true compromise which gave me such a feeling of happiness.

This is a romance with grown-up people making grown-up decisions and it’s honest and compelling throughout. I loved it.

#ARC kindly received from the publishers Carina Press via NetGalley in return for an honest and unbiased review.

More lack of communication but it doesn’t spoil the enjoyment 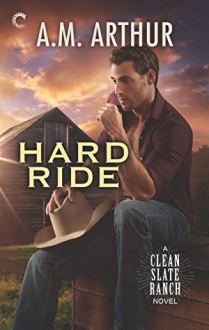 It would seem that the main hallmark of this series is the absolute lack of communication which drives the main plot point of preventing two people who quite clearly have big feelings for each other getting it together until almost the end.

And, like my ridiculously long sentence above, it can be a bit wearying.

However, with this book I actually liked both Slater and Derrick enough as individual characters that their repeated introspections about how they other person had to be the one to say something didn’t annoy me as much as it might have done.

I love the setting, the found family and how they all have each others’ backs and I love the messages of hope that the Clean Slate Ranch series gives for people who might have made mistakes in the past.

This one’s medium steam but it works for the narrative as Slater’s recovering from literally falling down a mountain for most of it and red hot sex would have utterly broken the realism!

I’ve always erred on the side of liking the books in this series more than disliking them and this one’s even more towards the I really liked it end of the scale.