Audio Tour: Promises: The Next Generation by A.E. Via

Promises: The Next Generation | A.E. Via 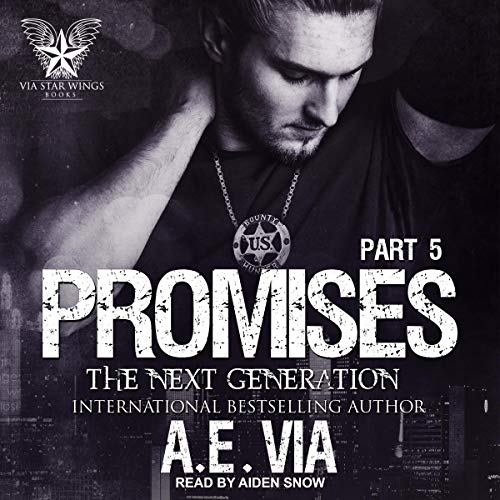 Duke Webb has run the most successful bail recovery agency in Atlanta for over 20 years. That’s because he has a team of trained, competent hunters backing him up to keep his name feared on the streets. But Duke knows that nothing can go on forever. That’s what leads him to start his new training program.

Kellam Knight has studied martial arts under his sensei, Quick, since he was eight years old. A tossed-out reject from high-society, Kell has a problem fighting on the right side of the law.

When Quick offers Kell the opportunity to join Duke’s training program, he’s all in. Except he’s not prepared for the straight, over-confident, extremely disciplined, sexy man Brian has recruited to be his partner.

Tyrell Jenkins’ world was flipped upside down when his father never returned home from his last deployment. He’d been Ty’s teacher, mentor, his guide to living a righteous life as a good man.

When Brian King – his father’s most trusted comrade – finally comes to him with the truth, he doesn’t come alone. He comes with trained men hidden in the shadows…and a once-in-a-lifetime opportunity to join a brotherhood unlike any other.

Kell paused at the door with his hand on the knob. “Tyrell. There is something I want.”

Ty’s chest expanded. Kell was giving him his gift in return. His thank you for the rare gold lying against his skin.

Ty didn’t stop walking until his entire body was pressed against Kell’s from thigh to forehead. He bent down and placed his lips where he always did. Needing to make eye contact, he brought one hand up and caressed Kell’s cheek tenderly before reaching around and releasing his hair from the messy bun. Kell swallowed loudly. Ty grazed his lips across Kell’s temple and lingered there as he slid his hand into that thick mane, burying it deep until his palm cradled the back of Kell’s skull. His partner whined and rubbed his body against him. So pliant and at his will. Kell smelled like fresh soap mixed with the ginger and apple from whatever shampoo he used. Ty pressed in harder and plunged his other hand in, watching the long strands thread through his fingers. Kell’s hair felt like plush down feathers.

Ty’s joint was ’bricker than brick.

Kell lifted his head higher, aiming those pretty lips where he wanted them to be. Ty hovered his mouth just over his and paused there, inflicting a few more seconds of torture before giving in to what he craved. Kell rose onto the balls of his feet and took their suffering away. He touched their lips together, gently at first, before moaning deeply, tilting his head and flicking his warm tongue at Ty’s lips.

A.E. Via has been a best-selling author in the beautiful gay romance genre for six years now, but she’s no stranger to MM. She’s been an avid reader of gay lit for over fifteen years before she picked up her laptop to place her own kiss on this genre. She’s also the founder and owner of Via Star Wings Books, having published a couple great new up and coming MM authors.

She’s recently celebrated her 20th book anniversary, and is kind of known now for her hardcore, play rough and love hard, bad boy, alphas. However, she does like to push herself to step out of her comfort zone, exploring different tropes, but she won’t push herself into a whole other genre. She’s head over heels for gay romance and she has tons of more hot stories to tell.

Be sure to visit Adrienne on her social media pages and subscribe to her newsletter to never miss another release date! Go to A.E. Via’s official website http://authoraevia.com for more detailed information on how to contact her, follow her, or a sneak peek at upcoming work, free reads, VSWB submissions, and where she’ll appear next. 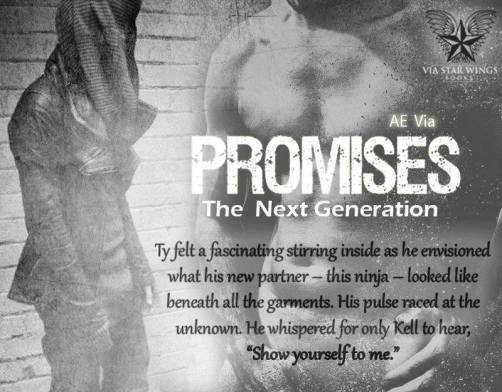