Posted on September 1, 2020 by Mirrigold 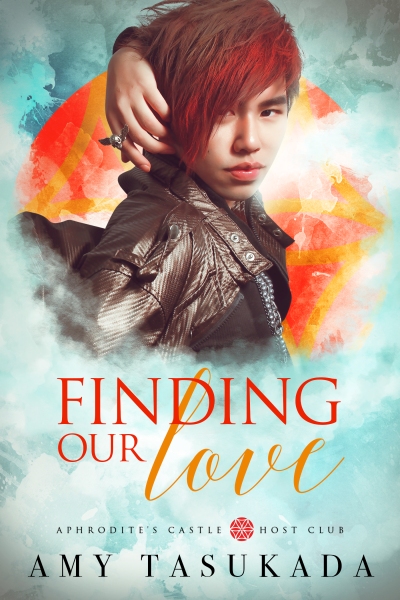 A struggling artist. A devoted son.

Will they sacrifice everything for forbidden desire?

Kyoto, Japan. Iroha is sick of his boyfriends only dating him to get closer to his famous artistic sister. Shelving his own creative ambitions to run a mafia-funded gallery, he seeks comfort in a fake relationship at an exclusive host club. But when he sets eyes on the outlandishly dressed Kenta, something real stirs in his heart.

Kenta works hard to keep his place as a top-five host at the exclusive Aphrodite’s Castle club. Though it’s put a damper on his love life, the lucrative gig earns him more than enough to support his elderly parents. But when he breaks the rules and falls for the enigmatic Iroha, his income plummets and jeopardizes his family’s welfare.

Heedless of the consequences, Iroha and Kenta plunge into a passionate affair. But the shadow of Iroha’s creative failures threatens to break them apart. And when trouble pulls Kenta back home, the rift between them becomes a chasm.

Can Iroha and Kenta find a common canvas to paint their perfect picture of devotion?

Kenta couldn’t have asked for someone more understanding than Iroha. He didn’t mind how their dates were squeezed into the awkward afternoon hours before work or how Kenta tasted like coffee from the two cups he’d drink so he wouldn’t yawn through them. Three weeks together and four hiking dates later, Kenta couldn’t believe how each one turned out better than the last. Well, maybe not blow-job-in-the-woods good but good in a different way.

Anytime Iroha grabbed Kenta’s hand, a warmth would spread through his body, and anytime he closed his eyes, he’d see himself strolling down a mountain path with Iroha for years to come. Maybe it was silly to think like that after only a few weeks together, but anyone who put up with how often Kenta stopped to take a picture of bugs had to be a keeper.

Iroha always stood out with his long hair and punk clothes, and with Kenta dressed for work, they’d no doubt be getting a few odd looks. Kenta doubted he’d even notice.

Iroha swirled his sucker around in his lush lips. The gesture went straight to Kenta’s cock. Kenta swore Iroha found even more suggestive things to do with the candy. Kenta licked his lips. Maybe the next date he could convince Iroha he wanted to finish the painting he’d started. Then they could move onto the bed.

“Are you going to tell me where we’re going now?” Iroha asked.

Kenta crossed his arms. “If I told you, it would spoil the surprise.”

“I liked all your surprises so far, so I’m sure I’ll love this one too.”

Kenta hoped Iroha’s words would stay true. All their dates had been things Kenta liked, and he’d made a special effort to come up with something Iroha might enjoy.

The art museum was hosting an exhibition of an artist whose work took Kenta’s breath away. Kenta had even managed to snag tickets for her interview. He couldn’t wait to see the look on Iroha’s face.

They made their way down the busy sidewalk. Urban hiking might’ve offered less opportunity for bug photos, but Kenta enjoyed it nonetheless.

“How many different art colonies did you go to?” Kenta asked.

Iroha pushed up his glasses. “Why do you ask?”

“You talk about them a lot. You must’ve really liked your time there. I was curious.”

Iroha had been guarded talking about himself, but anytime he talked about his stay at an art colony, his eyes would light up, his hands would start moving, and Kenta would finally feel the warmth of them connecting.

Iroha let out a nervous laugh. “Sorry, I don’t mean to blab on about them.”

“I like it.” Kenta reached out, wanting to take Iroha’s hand, but they were in public. Kenta could only hope his words would express the longing pulling at his heart. “I want to know everything about you.”

Iroha stopped, his cheeks darkened, and his eyes shined with an unmistakable glimmer. Happiness, relief, whatever they spoke clutched at Kenta’s heart, and he knew Iroha wouldn’t hurt him.

“I want to know everything about you too,” Iroha said, words steady, slow, but Kenta didn’t need to hear them to know Iroha felt the same.

They walked in silence. Their steps in sync, one after another. Kenta’s heart thumped out a steady rhythm of hope with no doubt that Iroha’s was beating the same. 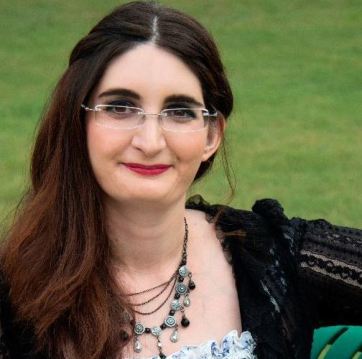 As an only child, Best-Selling Author Amy Tasukada began putting her daydreams to paper at the young age of ten. She was inspired by Japanese literature, works from French classic authors like Marcel Proust, as well as tons and tons of yaoi/boys’ love manga. However, there were only so many books that piqued her interest. Fueled by an obvious lack of books she wanted to read, Amy decided to write them herself.

Amy found her niche in the LGBT genre with Japanese influenced gay fiction. Though her works span a wide range — from gritty mafia thrillers to fluffy, contemporary romance, Amy uses her deadly, but delicate writing style to weave exciting tales of suspense, love, and gore, all under the supervision of her amazing editor (and calico cat), O’Hara.

While crafting her novels, Amy researches each setting extensively to paint the most colorful picture for her readers. She creates each story’s setting in a way that has been described as “crisp and lyrical” by fans.

When she’s not penning a new installment of her mafia series or attending a writing workshop, the North Texas author can be found drinking tea, reading, or filming J-fashion hauls on her YouTube channel.

one of three ebook copies of Finding Our Love 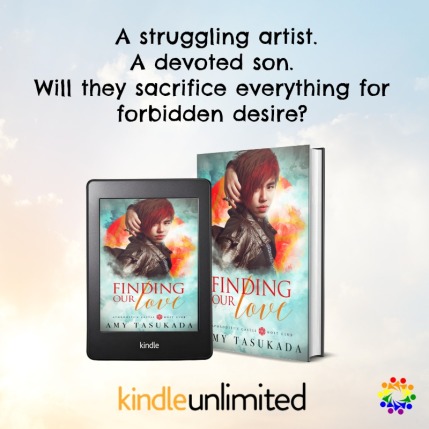 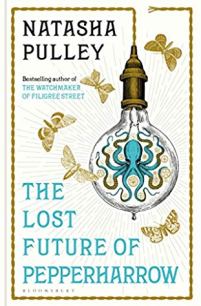 The Lost Future of Pepperharrow by Natasha Pulley

I’m not sure just quite how to review this book.

It’s such a complex narrative, wrapping a number of different threads together to create a rich mix of historical fiction with a steampunk style and a quiet bit of queer romance.

There’s no spoilers here, it would utterly ruin the beautiful way Natasha Pulley’s sequel to the truly brilliant The Watchmaker of Filigree Street, slowly gives up its secrets.

My heart was in my mouth on many occasions. The title itself a nod to a plot line which turns out to be quite heartbreaking in it’s own way.

Taking events from actual history and intertwining them with the characters of Thaniel and Keito gives the reader a real sense of place, coupled with the almost mystical nature of the electrical experimentation.

While her second book, The Bedlam Stacks was just as beautifully written, it didn’t capture me like these two have.

I was so very pleased to be asked to review this one by Bloomsbury and it lived up to all my expectations.

I really hope there’s another trip to come which will let the reader linger a while longer with this pair and their adopted daughter Six.

#ARC kindly received from the publishers via NetGalley in return for an honest and unbiased review. 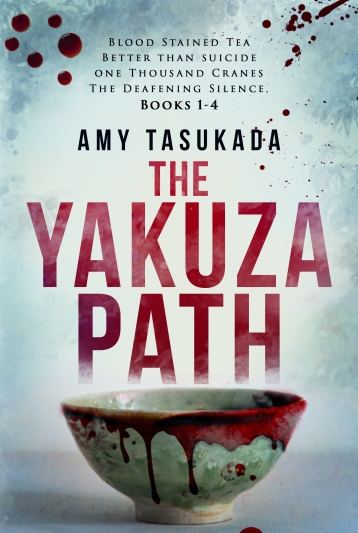 A bloody past haunts him. A devastating present calls him back…

Nao hides from his violent past in the Japanese mob by opening a teahouse in Japan’s cultural center, Kyoto. His past comes flooding back when he discovers a gravely injured man with a tattooed chest, a bloody knife, and a Korean business card.

Saehyun would’ve died if not for Nao’s help. He knows nothing of his savior’s connection with the local mafia, but Saehyun has his own secrets. He commands the Korean mafia, the mortal enemy of Nao’s former syndicate.

As Nao and Saehyun grow closer, so does the strength of the Korean mob. A shocking murder pulls Nao back into a past he’d all but abandoned. War is looming, and Nao must choose between protecting Saehyun or avenging the honor of his old mafia family.

A twisted cop. A mob on the verge of self-destruction…

Nao Murata is the new Godfather of the Matsukawa syndicate. When Detective Yamada confronts Nao over a dead drug dealer, the Nao knows his organization isn’t responsible. The Matsukawa doesn’t deal drugs… or does it?

When Nao discovers drugs in a locker owned by his syndicate, he no longer knows who to trust. With the police bearing down on the Matsukawa, Nao must make unlikely allies to find out the truth. Can he discover who is betraying him before time runs out, or will everyone suffer for a crime he didn’t commit?

When a body goes missing, a young Yakuza’s life hangs in the balance…

Aki Hisona’s latest promotion is a cause for celebration. But because his new job is working as the personal secretary for the Yakuza’s Kyoto-based godfather, it’s also a cause for dangerous envy. He takes an invitation from a friend for congratulatory drinks, but Aki never thought the night would end with a deadly knife fight…

Aki is tasked with disposing of his friend’s corpse, but there’s one problem: the body is missing. As body parts surface around town, it’s only a matter of time before the police piece together the clues. But keeping one step ahead of the cops may not matter if Aki can’t solve the mystery before his cold, unforgiving godfather boss does…

An unproven alliance. A broken promise. A mafia boss must shed blood to secure peace…

Nao Murata is on the verge of brokering peace between his syndicate and the rival Mafufgumi mob. To seal the deal, he’ll need to pick up Russian prostitutes to appease his newest ally. When the exchange goes sour, both sides draw blades and Nao has no choice but to care for a blood-soaked enemy. If the man doesn’t make it through the night, Nao and his crew will pay with their lives.

Outnumbered and stranded in enemy territory, Nao is forced to fight his way out before the Mafufgumi Godfather takes the deal off the table. As his wounded enemy’s heartbeat slows, Nao must act fast or condemn his syndicate to a brutal turf war. 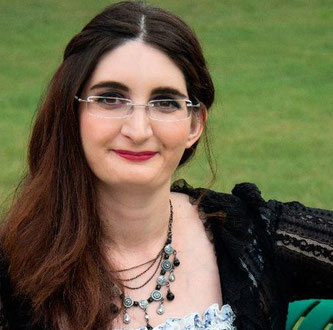 Amy Tasukada lives in a catless home in North Texas. (She enjoys cats but can’t quite make that kind of commitment yet.)

As an only child, her daydreams kept her entertained, and at age ten she started to put them to paper. Since then her love of writing hasn’t ceased. When she’s not chasing after stray cats, she can be found drinking hot tea and filming Japanese street fashion hauls on her Youtube channel.

1 autographed copy of The Deafening Silence