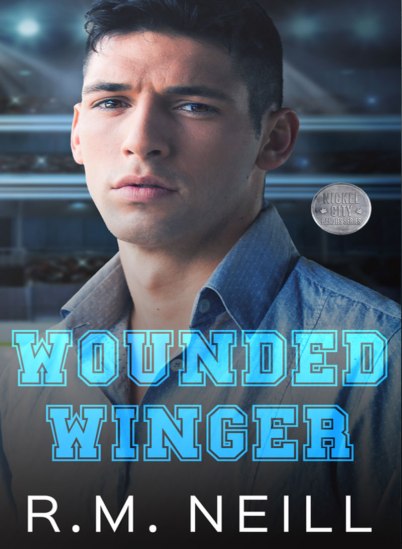 Predicting chemical reactions is a whole lot easier than human ones.
In fact, I can’t even predict my own reactions most days.
Including hurting the one person I’d come to care for the most.
I wasn’t prepared to fall in love with a hockey player.
I wasn’t prepared for how much it would hurt.

Wounded Winger is Book 3 in the Nickel City Bandits series of standalones. It involves an adorable chemistry loving nerd and a spreadsheet loving jock, with themes of insta love and second chances, stock market dirty talk, foreplay in an aptly named restaurant and life changing choices. 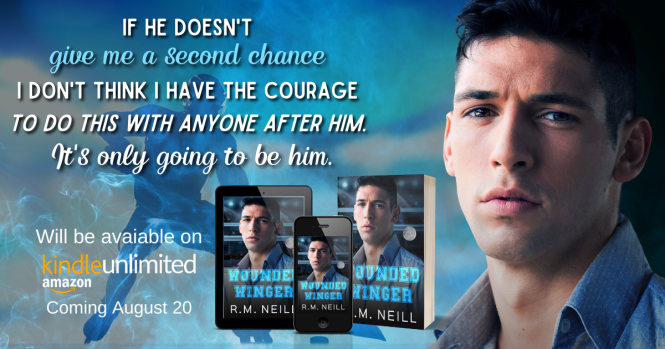 I’m a wife, mom, animal lover and a hopeless romantic.

I want my stories to make you smile, swoon and snort laugh, but not necessarily in that order.

I hope I can be the author you turn to when you need a story to make you laugh, or add light to an otherwise dark day. 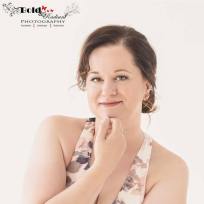 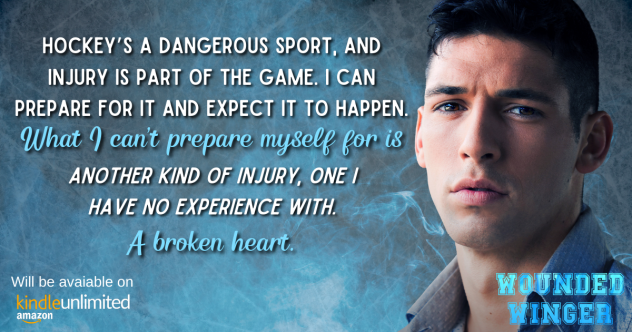 To celebrate the Cover Reveal of Wounded Winger, we are giving away 2 advanced e-copies before its release 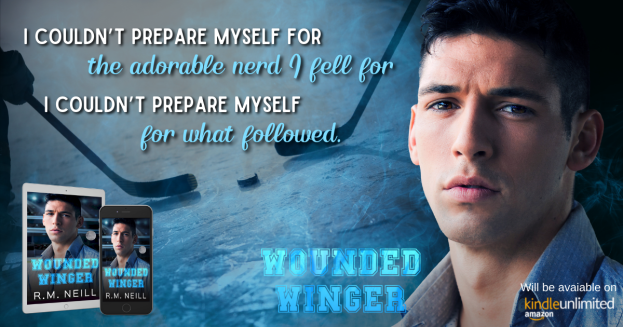 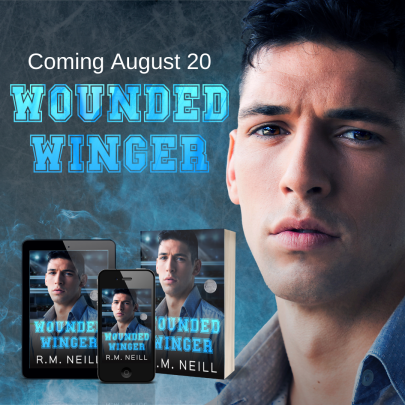 CASSIDY MARTIN is a country boy through and through. He loves his horses, his Lord of the Rings tourist business, and his isolated paradise at the foot of New Zealand’s  Southern Alps. Not that everyone appreciates the seclusion he craves. Take his ex-wife for example.

The sexy-as-hell guy on his latest tour might be whip-smart and push all of Cass’s buttons, but he’s about as country as a pair of Louboutins, and Cass has been there and done that. Broken heart with the T-shirt.

STEFAN HAMILTON doesn’t do ‘outdoorsy’, he’s a city boy, born and bred. The closest
Stef gets to the country is ‘Cowboy Night’ at his favourite Auckland gay bar even if the music makes Stef want to rip his hair out by the roots.

But Stef is also a hardcore Lord of the Rings fanboy. So, when he gets the chance to go on a horse trek to the iconic film locations in the Southern Alps, he sucks up his fear of the
gigantic animals and his allergy to camping for the chance to let his nerd flag fly.

But when his mate pulls out at the last minute, Stef is left to negotiate the horses, the wrath of mother nature, and an inconvenient crush on the cowboy leading the tour.

The van had finally finished its circuit of the car park and scored a potential win opposite Stef where a red Mazda was pulling out. The driver whipped in to steal it before anyone could beat him to it. Switching the engine off, he turned and gave Stef another yet another friendly wave.

Ugh. That much chirpiness wasn’t natural and Stefan distrusted the guy on principle. He was still suffering whiplash coming to terms with the fact that people in this small town actually said hello and smiled when they passed you on the street. It was enough to give a born and bred Auckland boy palpitations.

“Okay, okay, I’ll do it.” For Tanner and Ethan’s sake Stef would give this guy Cass the benefit of the doubt, but he wasn’t promising anything. And from ten meters away he couldn’t see much more than sunglasses and a wide brimmed cowboy hat. Stef didn’t swim in the rugged outdoorsy type pool, so it didn’t bode well. “Well, fuck me.”

Stefan winced. “Yeah well, ditto. But the guy in the van’s dressed like a damn cowboy… in New Zealand, for fuck’s sake. Are you sure he’s not a complete tosser? And by the way, don’t ever mention my name and the word nerd in the same sentence again, you toad. I might be a fan of the books, but I am no fan of horses and you damn well know it. Colossal, unpredictable creatures with a mouth full of nasty-arse teeth. The closest thing to a horse that interests me in Lord of the Rings, is Aragorn’s leather breeches and the removal of same. Why on earth did you agree to this insanity?”

He only caught the beginning of Tanner’s answer because right then the van driver’s door opened and a pair of long… damn… very long, lean, shapely legs made an appearance followed by a tight well-rounded arse in a pair of soft as butter faded denims with a snug black T-shirt over top, and… fuck me sideways… cowboy boots. The guy pulled off his hat and banged it on his thigh, sending a cloud of dust skyward, as he ran his fingers through a mass of strawberry blond hair that hung in unruly waves past his ears. So, okay then, not a tosser, and maybe Stef could be persuaded to revisit the whole cowboy thing with a more open mind.

The guy reached to get something from inside the van and those denims stretched and the T-shirt rode up to expose a band of smooth tanned skin… and Stef was sold. The tour was starting to look up, although with Stef’s luck, this guy was likely just the driver and the tour guide would turn out to be some sixty-year-old dude with a comb-over and bandy legs.

“Stef, dammit, are you even listening to me?”

“Of course I am,” Stef lied, watching the driver re-emerge with a clipboard in his hand.

“He’s right there isn’t he?” Tanner chuckled. “And you’re drooling yourself into a frickin’ puddle. Ethan told me he was hot.”

“Mmm hmm, maybe. Still not happy with you.” But if this was in fact the supposedly, legendary Cass, then damn, he had to be six foot six at the minimum, and Stef was in fact feeling distinctly happier. A bit of eye candy to even out the inevitable horror of the next two days was more than welcome.

Turn around, turn around, and… ah, there he was. Swimmer’s shoulders, trim waist, all that wild hair falling around a sharpish jaw, and a pair of Aviator’s perched on a slightly crooked nose that looked like it may have seen at least one fist up close and personal in its thirty something years. So yeah, cowboys were apparently, trending. Stef swallowed hard and tried not to look like a complete gaping dork, while trying to pick up the thread of Tanner’s carping in his ear.

“… and I agreed to this insanity as you call it, because Ethan went out of his way to get us on this damn tour, you ungrateful sod. He was so damn excited. If you think I was gonna stamp all over that then you’re batshit. I love the guy. More importantly, I live with him. And I don’t care if you fall off the horse every ten minutes, and you come back with its teeth imprinted on your back, you will not say anything bad about it to him, understand?”

Shit. He was possibly being an arsehole. “Of course I bloody won’t. What do you take me for?”

Stef watched as Mr Hot and Handsome made his way to the back of the van, leaned casually against the rear door, and eyed him with one brow raised and a glance at his watch. Stefan held up a finger and the man locked onto the bright green nail at its end and bit back a smile.

I am a New Zealand author writing in MM romance, and romantic suspense. I have traveled extensively and lived in the US, Canada, France, Australia and South Korea. In a past life I have been an Intensive Care Nurse, Counselor, and a Nursing Lecturer.

I’m a cat aficionado especially of Maine Coons, and an avid dog lover (but don’t tell the cat). I love to cook, pretty damn good, love to sing, pretty damn average, and as for loving full-time writing, absolutely… depending of course on the day, the word count, the deadline, how obliging my characters are, the ambient temperature in the Western Sahara, whether Jupiter is rising, the size of the ozone hole over New Zealand and how much coffee I’ve had.

Welcome to my world.