The Midnight Gardener by R.G. Thomas

The Town of Superstition #1

Thaddeus Cane and his father have moved thirty-two times in all of Thaddeus’ fifteen years. Every time his father uproots them without a reason, it leaves Thaddeus friendless once again. Superstition is the town they’ve settled in this time, and despite its name, it seems like every other little town, except for one thing.

From the window of his bedroom, Thaddeus can look into their neighbor’s back yard. And every night, after dark, he sees a guy his own age putter around in the immaculately maintained garden.

When Thaddeus visits his neighbor the crush already blooming underneath surfaces, and Teofil, the midnight gardener, reveals he’s actually a garden gnome. When Thaddeus’ father finds out, more secrets are exposed, and Thaddeus embarks on the adventure of a lifetime.

Teofil leaned slowly toward him. Thaddeus’ heart pounded faster the closer Teofil approached. Had he brushed his teeth before coming over? Had he even run a comb through his hair?

Teofil moved at a glacier’s pace. Thaddeus could hear the fairies giggling and see the bright yellow trails they left in the night air as they zipped fast behind Teofil’s head.

He took a breath and closed his eyes as Teofil’s lips touched his. The brush of Teofil’s whiskers was soft and not at all scratchy, and the feel of it along with the firm press of his lips sent Thaddeus’ heart racing even faster. Blood pounded in his ears, and the wounds in his leg pulsed in time. The voices of the fairies circling them blended together into one gentle, sweet song that floated away on the night breeze. Heat prickled across Thaddeus’ skin in waves, and his scalp tingled.

It was tentative and sweet, almost questioning, as if he sought permission even though Thaddeus had been willing. Teofil pulled back much too soon, and Thaddeus couldn’t help the resulting smile. It had been his first kiss, and it had been perfect.

R. G. Thomas has been reading books from an early age. As a young gay man, however, he found very few characters with whom he could truly identify. Now that he’s an adult—or at least older than he used to be—he likes to write stories that revolve around gay characters. The Town of Superstition is his YA fantasy gay romance series which includes wizards, witches, and other magical creatures.

When he’s not writing, R. G. Thomas loves to read, go to movies, watch some TV, and putter around in the small suburban patch of ground he calls a yard. He visits his mother once a week, not just for the free cookies, and enjoys spending time with close friends drinking wine and making up ridiculous things that sometimes show up in his books.

Although he hates the process of travel, he does enjoy experiencing new places. His dream trip is to one day visit the country of Greece, and he is currently saving his nickels and dimes to make that a reality.

Twenty years ago he met a man who understood and encouraged his strange, creative mind, who made him laugh more often and more freely than anyone else. They were officially married in November of 2015, and today they still laugh often as they live in a suburb just north of Detroit with their two cats who act as both muse and distraction to him while he writes.

To celebrate the release of The Midnight Gardener, R.G. (aka Hank Edwards) is giving away a $25 Amazon Gift Card! 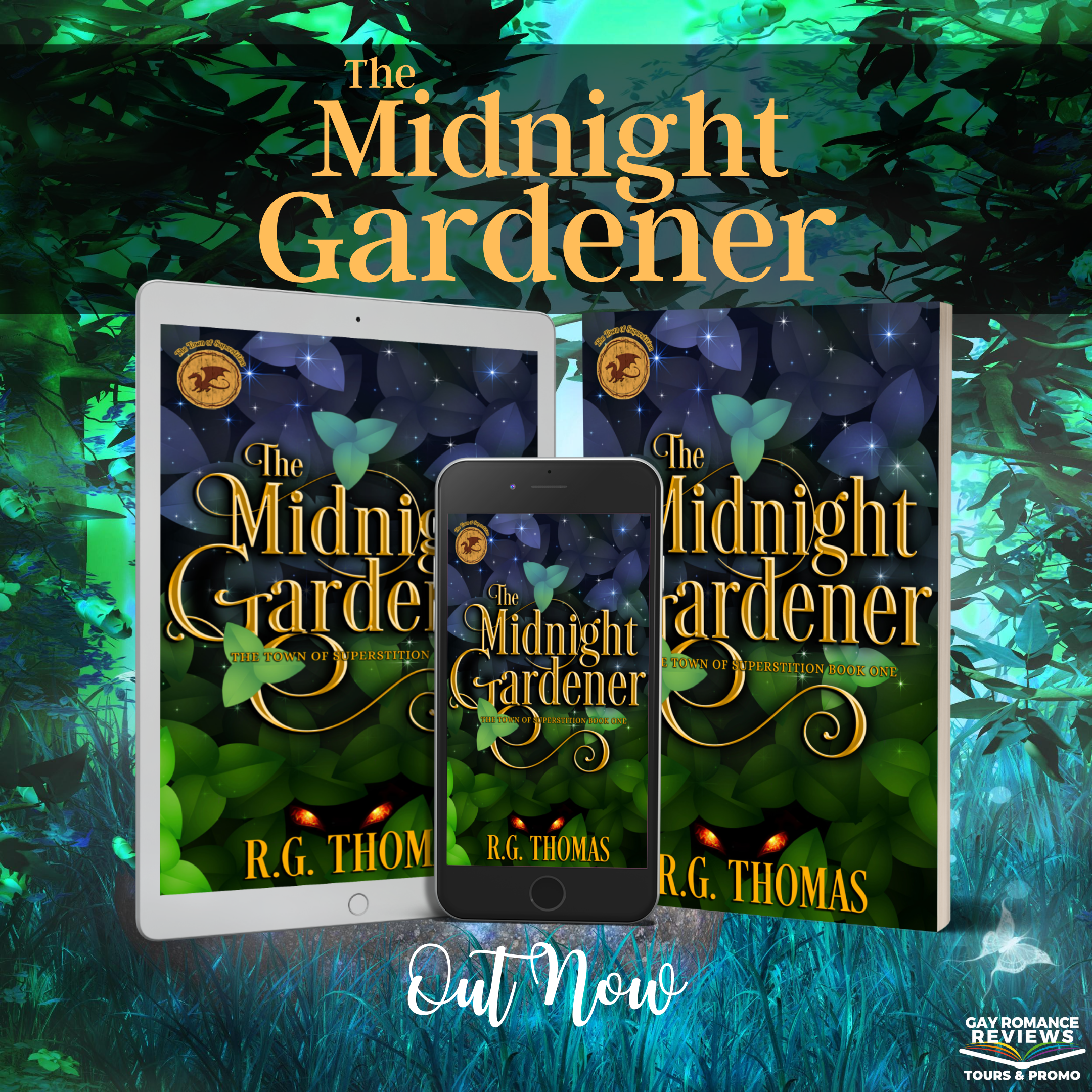