Back on the 5* trail! Definitely one of my favourites in the series and jam packed with loads of my go to tropes.

Regina Kyle pretty much hit everything I love about college sports romances and opposites’ attract tropes in this book.

I adored both Adam and Kolby but Adam absolutely stole my heart, he is just a giant teddy bear of a young man who has a heart of gold.

Kolby is a bit prickly, understandably so given his background, but I liked that he was unashamedly himself, he doesn’t hide his sexuality, but he does hide his vulnerability. Together they’re just incredibly sweet and seriously sexy.

Adam’s had a bit of a traumatic time at his previous school, so he’s wary of exposing his bisexuality, again something the narrative plays out well. But as he spends more time with Kolby, it becomes clear that he doesn’t want to hide the connection they’ve found.

They connect on all levels, not only are they sexually attracted to each other, but they also have mutual likes and interests and they’re both determined to look out for the other, which makes not only for some really love conversations but also hot times between the sheets!

A couple of outside events add tension to the plot, there’s the odd lack of communication elements but they’re not the type which has me eye-rolling in annoyance. Both of these men are young and relatively inexperienced and they’ve both been burned before.

I didn’t feel it was out of place they’d both blow up at times and then find it difficult to make the first move to reconnect. There’s some great grovelling too, on both sides, and a fabulous secondary cast of characters not only from the Vino & Veritas world, but also pulling in from the Moo U series too.

Thoroughly enjoyed every bit of this one. 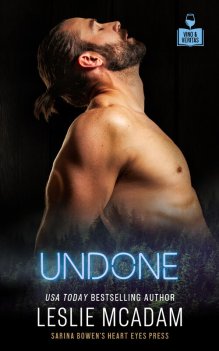 This was a lovely way to end the Vino & Veritas series and also the second (or third) book I’ve read which is based on a Gay News story.

The basic premise is that one poster was worried they were homophobic because they hated everyone their flatmate dated. Turns out, they were in love with the flatmate – all ended happily at time of printing 😀

Leslie McAdam’s version is super sweet and involves one of my favourite characters in the whole expanded World of True North – Murph, who works behind the bar at V&V and who is Reeve’s best friend from Marley Valentine’s Unforgettable

Murph is out and proud, he’s a ray of sunshine with all the sass, but he’s also vulnerable and hiding deep hurt.

When he becomes Jason’s flatmate, there is an instant connection between the two, but Jason’s straight, right?

What I loved most about the narrative is the friendship – irrespective of any attraction from either side – that the men genuinely have between them. They are ridiculous sweet and so good for each other, encouraging the best and putting new possibilities for a different future.

Jason is stuck in a job working with his father, he’s spent his whole life repressing anything which doesn’t fit into the conservative worldview of his dad and he’s still looking for his approval.

He has a hook-up for sex but he’s never desired anything more than that. He’s still smarting over his mum leaving years before and is vulnerable to pressure from outside opinions.

Murph’s vulnerabilities are all internal. He left Vegas and a toxic relationship where he was forced to hide and pretend he wasn’t involved with his boyfriend while he met women and behaved as if he was a single man. It’s made Murph feel he’s not worthy of love.

Jason’s sister Becky provides a wonderful sounding block for him to re-examine his earlier years and wake him up to the fact he’s jealous. Jason begins to understand he’s actually bisexual and has been attracted to men before.

Their slow build-up into an actual relationship, both emotional and physical, is super sweet, and quite steamy at times. It’s not all plain sailing of course, Jason’s hook-up causes problems, his dad is an ar$e and Murph runs.

There is a bit of drama before they both accept that they are deserving of the other, and it’s that which took my rating down a star.

I can’t be doing with self-sabotaging and it’s definitely a me thing, as I know it’s quite realistic, I just don’t particularly care to read it when it comes down to what essentially works out as woe is me type posturing.

For Murph, he needed to get over his martyrdom tendencies and bestie Reeve is on hand to hold a less than shiney mirror up for him to finally face his fears.

Jason is absolutely committed to making Murph his and he does it in spectacular fashion. I loved how he was so willing to embrace his new reality once he’d woken up to the fact he was in love with Murph and that he wanted to make changes elsewhere in his life too.

My only other comment would be that both Murph and Jason read as older (23 and 26 accordingly). Not that it’s necessarily a problem per se, but if their ages hadn’t been mentioned, I’d have put both much closer to their 30s simply because of their behaviour.

Ultimately, all’s well, and there is a lovely Epilogue which firmly seals these two together and brings a happy ending to the series.

When I started reading, I felt sure this was going to be another solid 4 or 5* book, but unfortunately it just tailed off a bit towards the middle act and things fell a bit flat for me at that point.

There’s a super sweet ending and a very firm HEA though which definitely brought my enjoyment level back up by the time the book finished.

On the face of it, this sounded like it would be a passionate former best friends/enemies to lovers romance, with the added spice of a reality TV show – but the supposed camera crew that keeps popping up everywhere actually doesn’t, at all.

Well, they’re there, as part of said reality TV show, but only in the moments when filming is taking place for the competition, they certainly don’t appear randomly as if trying to catch out our two MCs actually having a relationship and not just being friends anyway.

It seemed to be a plot point that just never fully developed as the reality TV show part doesn’t even come into the book until almost two quarters of the way through, after Judson and Skyler have reconnected.

One thing the book does well though, is have them actually have a conversation about what led to Judson leaving 10 years ago and why Skyler’s overjoyed to see him and puzzled by his negative attitude.

It also scores highly on their emotional and physical reconnection, you can feel the UST leading up to the point where the pressure cracks and they end up snogging madly 🙂

There’s a secondary plot involving Skyler’s family farm which is also done well, and the integration into the wider Vino & Veritas series is solid, with a few of the regular characters turning up as part of the scenery.

I found both characters sympathetic, I liked how they were able to move past the misunderstanding which had caused Jud to leave and I liked that there wasn’t really much in the way of relationship angst.

Most of the tension points come from external sources, which makes perfect sense when you see what’s been going on, and they were also integrated well into the overall plot.

All in all, it’s a solid, and steamy 😀 entry in the Vino & Veritas series and very much a nice, easy read.