A mistress, a werewolf, a screenwriter and a shapeshifter walk into your heart in these two sexy paranormal stories of love and redemption.

Shunned screenwriter Eve Perez has something to prove. Shut out of the industry after a scandal, she’s ready to do whatever it takes to climb back to the top, even if it means working with notoriously difficult author Celeste Quon.

Reclusive best-selling author Celeste Quon is adored by a generation of fans, but would they love her if they knew her truth? Under pressure from her fans, Celeste agrees to bring her best-selling novel to the screen but on her terms.

After a freak spring snowstorm strands Eve at Celeste’s home she discovers Celeste’s incredible secret. Amid their fiery attraction should she let their relationship burn out, or surrender to the flames of their desire?

The Fire Inside by Megan Hart

For Clara, crafting pain into pleasure is her job. For Selena, it’s her salvation. When submissive Selena hires Clara as her Domina, it seems like the best of business arrangements. But when their emotions infiltrate what was meant to be only professional, both women are rocked by the possibilities that their relationship might be changing into something… more.

Selena has given her submission to Clara for months, but faced with the idea of giving her heart, she runs. Loving Clara means revealing her secret, the one that sent her seeking pain in the first place, and it’s a risk Selena can’t take.

Clara, confused and terrified by the glimpse she had of Selena’s true self, can’t keep herself from wanting more. And, as Selena’s Miss, she’s not afraid to demand she be given the chance to take it. Snowed in at Clara’s mountain cabin, the women must face the truth about themselves and about each other.

Can true love grow from a business relationship, and can it conquer even the darkest of fears?

Brenda Murphy writes short fiction and novels. She loves tattoos and sideshows, and yes, those are her monkeys.

When she is not swilling gallons of hot tea and writing, she wrangles two kids, two dogs, and one unrepentant parrot. She writes about life, books, and writing on her blog Writing While Distracted.

Megan Hart writes books. Some of them use bad words, but most of the other words are okay. Some of them hit bestseller lists and win awards and some don’t, but that’s the way it goes.

She can’t live without music, the internet, or the ocean, but she and soda have achieved an amicable uncoupling. She loathes the feeling of corduroy or velvet, and modern art leaves her cold. She writes a little bit of everything from horror to romance, though she’s best known for writing steamy fiction that sometimes makes you cry.

Samantha Archer’s life has hit a wall. Her world is housework, homework and reminding her husband—the biggest kid in the family—to help out at home.

Once she felt confident, powerful and sexy, but Brady doesn’t seem to notice her anymore, and now all she feels is invisible.

Brady has tried being the goofy guy who stole Sam’s heart, but it’s not working. He’s losing the woman he loves and doesn’t have a clue how to fix it. He’s keeping his darkest fantasies hidden too, sure they’re not what Sam wants, and his inability to please her cuts him deeper than she knows.

When Sam lands a new job at a law firm, Brady still won’t pick up the slack, and one night giving him orders unexpectedly reignites their missing spark. Sam discovers the Femdomme she didn’t know she was, kindling Brady’s submissive desires.

But while things heat up inside the bedroom, life outside it starts unraveling. Brady’s need to call the shots at work complicates his hunger to kneel for his wife, and Sam has longed to experiment in more ways than one. Their exploration of dominance and submission goes a step too far when they invite Sam’s sultry switch coworker into their bed, and the fallout could cost them everything.

Rebecca Grace Allen is an author of sweet, sexy and soul searching romance, emphasis on the sexy! She holds a Bachelor of Arts in English with a double concentration in Creative Writing and Literary Comparison, as well as a Master of Science degree in Elementary Education, both of which seemed like good ideas at the time.

After stumbling through careers in entertainment, publishing, law and teaching, she’s returned to her first love: writing. A self-admitted caffeine addict and gym rat, she currently lives in upstate New York with her husband, two parakeets, and a cat with a very unusual foot fetish.

Book Blitz: Tie Me Down by Cynthia Rayne 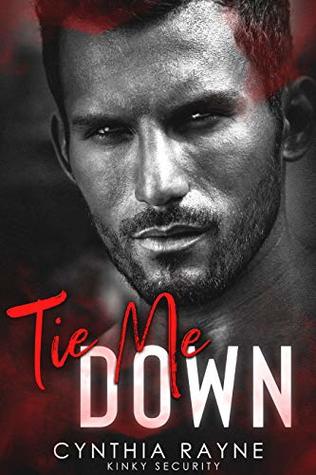 Tie Me Down | Cynthia Rayne

Know when you are beaten

Jacob “Flash” Franklin is a former Navy SEAL with many burdens.

The women in his life have a way of ending up six feet under. First his sister, and then his client, the one he failed to protect. For once, Flash is sick of running. He longs to be punished for his misdeeds.

Sage McQueen is a domme, working at a local Kentucky sex club. Men pay for the privilege of bowing down before her and she doles out penance, not pleasure. Flash wants Sage to discipline him, too. But she finds herself drawn to Flash. He’s holding on to a lot of pain and guilt, and she wants to set him free.

The fine line between personal and professional gets really blurry. Flash is an alpha male, the kind of man she usually avoids, and he’s pushing her boundaries, urging her to submit to him. But can she let go?

And what happens when a client becomes obsessed with her? Will Flash keep Sage alive, even though he’s failed before? 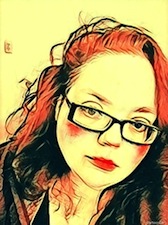 While Cynthia was born and raised a damn Yankee in Ohio, her parents hail from Dixie, and she grew up on homemade buttermilk biscuits and southern wisdom.

In her spare time, she enjoys shopping, reading way too many romance novels, and drinking a truly obscene amount of coffee.