Audio Tour: Blue Moon: Too Good to Be True by A.E. Via 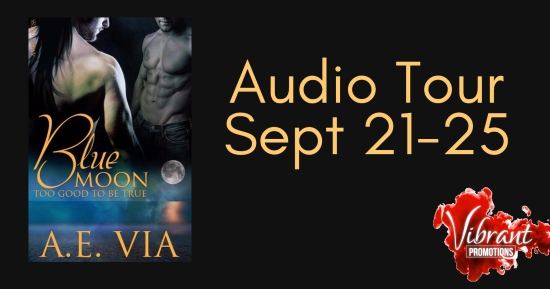 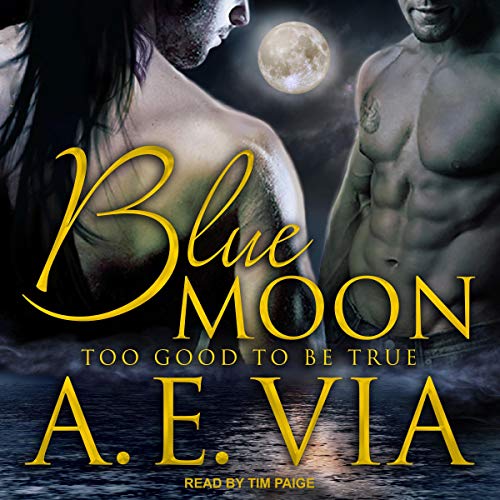 Angel DeLucca is one of the most sought after gay bachelors in Virginia Beach. He’s smart, successful, lethal, and more than anything he’s drop dead gorgeous. When a one night hook-up goes terribly wrong, Angel comes into contact with the breathtaking Maximus “Max” Strong.

Max is a firefighter for the Virginia Beach Fire Department. Max is beautiful, charming, and also very straight. One meeting with the mysteriously sexy Angel DeLucca and a whiff of that silky, jet black hair, Max finds himself questioning everything he’s known to be true about himself. Max tries desperately to understand the new feelings he has for another man and turns to his gay, older brother…Ryker.

Ryker has always been Max’s protector and his guide their entire lives, which has left him feeling uncared for and alone to handle his own life’s problems. Ryker craves to be taken care of, he craves the attention and praise of a Master. No one knows the dark desires within him until Angel’s Chief of Security, Sebastian “Bass” Bagatelli, shatters that secret with their first intense encounter.

Angel stood motionless, enjoying their contact, still in a protective stance in front of Max, when he felt that hot breath wonderfully caress his ear again. Max pressed his mouth firmer against his ear this time, making him unconsciously tilt his head to give Max a little more access. Angel felt the curve of Max’s smile against the side of his neck, and…wait! Holy shit. This can’t be this easy. Angel unmistakably felt Max’s erection pressed delectably against his ass.

“I got him,” Angel growled. He took quick, determined steps toward the man, kicking bar chairs out of his way and grabbing the man with both hands by the collar, slinging him into the nearest booth. The man went flying into the seat like he weighed twenty pounds and Angel never even broke a sweat. “Be quiet and stay there if you value your life,” Angel said calmly, pinning the man to the wall with a fire hot gaze that said I’m fucking serious.

Angel spun around, his braid swinging over his left shoulder as he heard Max tell the bartender to calm himself down and dial 911, everything was over now. Some of the bar patrons were rising from their hideouts and applauding them.

Max turned back toward him and they locked eyes, feeling that click again. Max came to stand in front of him. His firm chest was outlined through his tight Seventeenth Street Surf Shop threadbare T-shirt. Max wasn’t overly muscular and he had a little less definition in his mid-section, but he was still extremely handsome. Angel dropped his gaze and watched Max’s slow hand inch toward him. Max stroked Angel’s braid as gently as a newborn baby’s face before carefully moving it back over Angel’s shoulder.

“I guess we make a pretty good team…Maximus.” Angel rolled that name off his tongue the way he knew Max liked it.

“That remains to be seen.” He winked at Angel.

A.E. Via has been a best-selling author in the beautiful gay romance genre for six years now, but she’s no stranger to MM. She’s been an avid reader of gay literature for over twenty years before she picked up her laptop to place her own kiss on this genre. She’s also the founder and owner of Via Star Wings Books, having published a couple great, new up and coming MM authors.

A.E.’s novels embodies everything from hopelessly romantic to adventure, to scandalous. Her stories often include intriguing edges and twists that take readers to new, thought-provoking depths. She’s recently celebrated her 20th book anniversary, and is well-known for her hardcore, love hard, bad boy, alphas. However, she does like to push herself to step out of her comfort zone, exploring different tropes. She’s head over heels for gay romance and she has tons of more hot stories to tell.

Be sure to visit Adrienne on her social media pages and subscribe to her newsletter to never miss another release date! Go to A.E. Via’s official website for more detailed information on how to contact her, follow her, or a sneak peek at upcoming work, free reads, VSWB submissions, and where she’ll appear next.

Jagger’s the son of a bookmaker and fixer. Now, he’s the owner of an exclusive, underground club…and he’s also been put in charge of the family business.

Preston’s the son of a wealthy, powerful, blue-blood Boston family…or he was, until he was disowned for choosing his friendship with Jagger over his family. Ten years later, he’s a Special Forces Operator—and he’s still best friends with Jagger.

But things are about to change, for both men. Because after a long year of no contact, Preston’s coming home to Jagger for the first time since they shared a surprising kiss.

One night, one poker game, and one hand finds Jagger lucky—and skilled enough—to win a chance to fix things with Preston. But what’s at stake is far more than their friendship—it’s everything…and both men are all in to fight for what’s theirs.

For the first 90 days of this title’s publication, all sales and page reads will be donated to The LOFT: LGBT Center (http://www.loftgaycenter.org/the_loft_history)

Ace’s Wild is a multi-author series of books that take place in the same fictional town. Each story can be read in any order. The connecting element in the Ace’s Wild series is an adult store owned by Ace and Wilder.

The main characters from each book will make at least one visit to Ace’s Wild, where they’ll buy a toy to use in their story! The only characters who cross over to each book are Ace and Wilder. And with various heat and kink levels, there’s sure to be something for everyone!

Less than twelve hours after sleeping next to Jagger in his bed, Preston sat next to him at Rúnda’s bar watching him get half mauled by another guy.

But it was most definitely bothering him now—the way it had bothered him last time he’d been here.

It wasn’t just about this guy—it was everything. The memories of the kiss. This whole club. It was Jagger. And what the hell was he supposed to do with a sudden, inexplicable, undeniable sexual pull toward his best friend?

He told himself to shut up.

This guy perving on Jagger didn’t look like some kind of exclusive member. Preston was in charge of security, so it wouldn’t be too extra if he ran a background check. Immediately. In fact, he was trying to figure out a way to quietly pocket the man’s glass so he could run his prints, at the very least, when Jagger slid a shot in front of him.

“Have a drink, Pres.” Jagger’s voice sounded rough, and he winked before turning back to his conquest.

He knew what Preston was thinking—about the fingerprints, and, for all Preston knew, about everything. The air had changed between them, the current charged. But Jagger had left the ball solidly in Preston’s court, never more so than with this last shot.

Jagger had always been kinky—Preston knew that. He’d watched Jagger pick up men in various clubs, and he’d listened through thin walls when Jagger had company. Harnesses, cuffs, dildos…those were always lying around Jagger’s place, and Jagger was always encouraging him to find someone to try them out with.

Preston recalled shaking his head. “I don’t need all this to get laid.”

“Dude, you have no idea what you’re missing.”

And Preston hadn’t…until he’d accidentally walked into a dungeon room exhibition, starring Jagger. In leather pants which left nothing to the imagination, tattoos on full display, and enough sexual prowess to make everyone observing want him.

It was one thing to hear Jagger talk about his sessions, see the sex toys in his bedroom, but it was quite another to witness the public goings-on in the private space. Thinking about what else happened when a man or woman was led from the floor into one of the dungeon rooms was what had gotten Preston into this trouble in the first place.

Because being around it had turned Preston on, something he hadn’t wanted to admit. Turned him on to Jagger, for Christ’s sake. If he’d found himself attracted to a random club guy, it probably wouldn’t have bothered him so much.

But watching Jagger be attracted to a random club guy? Annoying as fuck.

SE Jakes writes MM romance. She believes in happy endings and fighting for what you want in both fiction and real life. She lives in New York with her family and most days, she can be found happily writing (in bed). 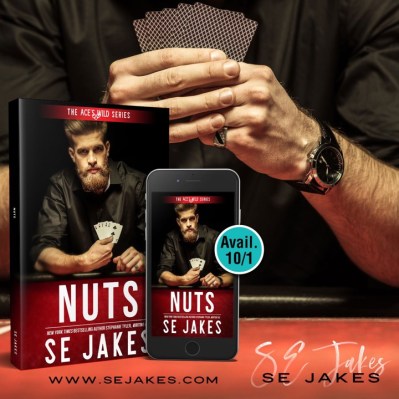 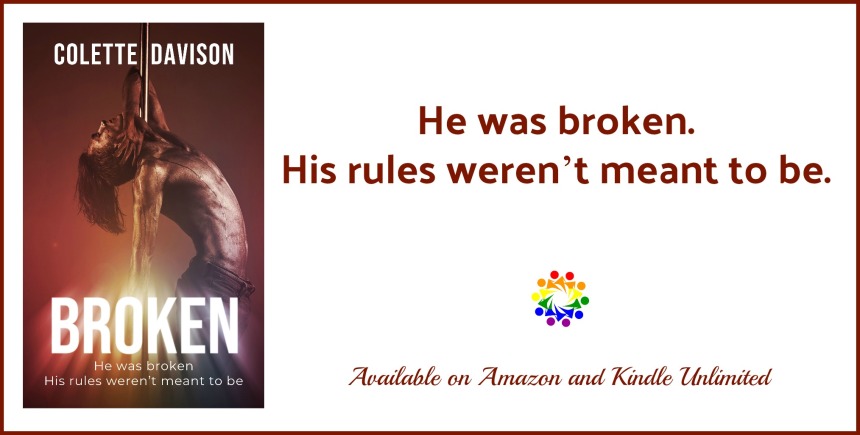 Jag’s rules have kept him safe and free since he escaped conversion therapy, but that was before he walked into Heaven and Hell. A no-strings fling with the club owner, Michael, turns into so much more as Jag finds himself breaking one rule after another.

Michael hasn’t been able to commit to anyone since his partner died, until Jag walks into his club. Falling in lust with the elfin young dancer is easy, and his heart is quick to follow.

Michael gives Jag a reason to stay, but fear rules Jag’s heart more than love. Despite his deepening feelings for Michael, Jag knows he can’t stay. Can he?

“I need to say a few things,” Michael said, pausing as he felt Jag stiffen. “I need to be honest with you.”

“No.” Jag’s hand pressed against Michael’s mouth, no doubt transferring silver smudges to his lips. “I’m happy with the lie you told me last night.”

Well, at least Michael knew he definitely hadn’t fooled Jag. Gently, he moved Jag’s hand away from his mouth. His hand became coated in a sparkling silver sheen.

“I care about you,” Michael said. “And I can’t pretend otherwise.”

Jag became even more rigid, his muscles so hard beneath Michael’s fingers he felt like a statue as well as looking like one.

“I don’t have to know about your past to know who you are now.”

Colette’s personal love story began at university, where she met her future husband. An evening of flirting, in the shadow of Lancaster castle, eventually led to a fairytale wedding.

She’s enjoying her own ‘happy ever after’ in the north of England with her husband, two beautiful children and her writing. 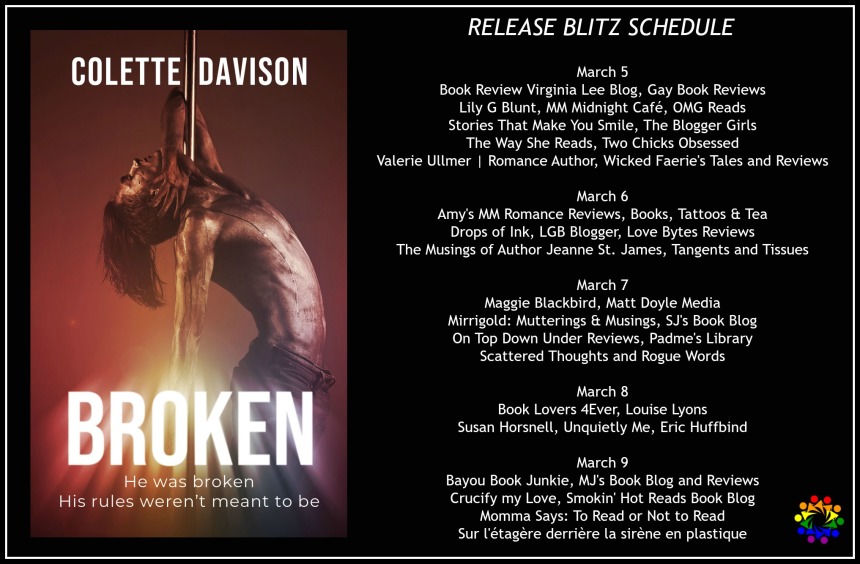