Two roommates. One camera. A whole lot of action.

I get crushes the way some people get seasonal allergies.

And sharing a house with four hot roommates is like being stuck in permanent spring.

Too bad I keep getting friend-zoned.

But it’s senior year now, and I’m done pining for the impossible.

Time to live it up and go out with a bang.

Or a lot of bangs.

And I’m definitely, definitely not getting attached to anyone.

Especially not my straight, gym-loving, football-player roommate Sam whose impressively large… smile I caught a glimpse of once.

That’s why, when Sam asks me for help with a very special, very NSFW project so he can make a little cash, of course I agree. In the name of friendship.

And if it turns out that Sam’s more than just muscles—that he’s sweet, and smart, and a little bit filthy, and a whole lot less straight than I thought—well, that’s neither here nor there, because this time I’m gonna be smart. This time, I’m friend-zoning myself.

We’ve got a list of deliciously hot scenarios, a camera, and Sam’s huge… smile. What could possibly go wrong?

From the author of Want Me comes the third new adult college romance in the Extracurricular Activities series. Expect low angst, high heat, plenty of laughs, a flustered redhead, a gentle giant of a football player, and enough BDE to power a mid-size city. 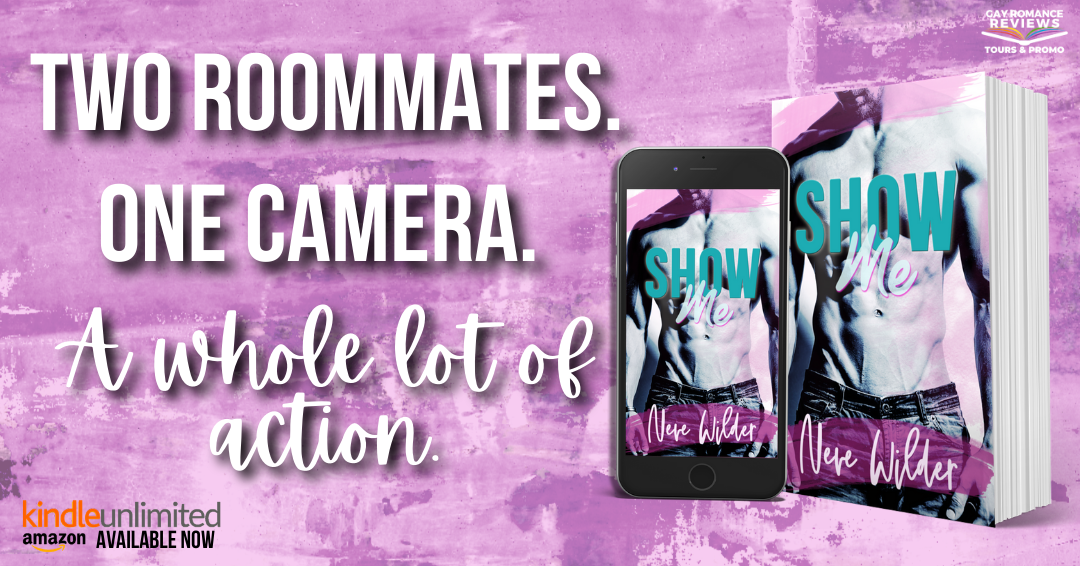 Mark glanced over his shoulder and waved to the approaching Adonis before turning back to me. “I worked with John this summer. Want me to introduce you? He’s awesome.”

“Fuck yes,” I hissed in a tone that I hoped was not too desperate. Nate’s amused glance suggested it was. Easy for him to be smug, though, with his own personal sexual Svengali sitting at his side.

Mark made introductions, and John took the seat next to me when Mark got up. Turned out he was a third-year law student, which ticked one more of my boxes. He wasn’t too big, wasn’t too small. Wasn’t too arrogant or shy either, and he had a nice, easy laugh.

“So you’re a third-year, huh?” I said. “Do you think you’ll join the law firm where you and Mark are interning… What’s it called?”

“Preston, Beasley, and Waring.” John smiled. “I hope so. That’s the plan.”

Sam snapped his fingers suddenly and pointed at John, startling me. “I just figured out who you are!” He said it like he was about to pull John’s face off, Scooby-Doo-style, and reveal him to be the crooked innkeeper haunting the overdecorated estate. “You’re a Sigma Alpha. Class of…” Sam squinted. “2014. No…2012.”

They proceeded to exchange their stupid frat handshake.

“I’ve been playing a lot of pool recently. I thought your face was familiar,” Sam said.

“Ahh yeah. I spent many hours in that library. So they’ve still got all the class portraits on the wall?”

“Yep. You need to come by again soon.”

They toasted each other, instant chums, and a prickle of jealousy ran through me. I supposed that was one benefit of being a frat rat.

“Have you ever really looked at the portrait of class of ’68?” John’s brow lifted in a mischievous arch, one that was supposed to result from me saying something witty.

Sam busted up laughing. “Yes! Every single one of them have the same exact mustache. It’s hilarious.”

I folded my arms over my chest and stared meaningfully at Sam. Wingman, my ass. “Should we switch seats so it’ll be easier for you two to talk?”

“Nah.” Sam grinned cheerily at me. “We’re good.” He turned his attention back to John. “So…wait, were you also the class that nailed all of the chapter room chairs to the ceiling?”

This was fine. I totally enjoyed being a net over which conversation was volleyed back and forth.

“Oh man, that was awesome.”

They droned on while I moved on to a mojito, and finally Sam wandered off and it was just me and John again.

Go time. I fixed him with my most winsome smile. “So I imagine you must spend a lot of time at the firm, then. Mark makes it sound pretty cutthroat.” I tilted my head to show I was invested in his response and angled slightly toward him to demonstrate I was interested in him as a person. People skills. I had them.

“It’s competitive, yeah, but not all the bad. There are plenty of late nights, though, and more ahead.” John then launched into a good three-minute soliloquy about the cases he was working on and some of the complexities of employment law until my eyes started glazing over.

That was okay, though. I wasn’t trying to marry him or anything, just see what he had on under those khakis. Probably boxer briefs, if I had to guess. Probably a decently sized cock that he used decently in bed. Both were totally acceptable for a night or two of fun.

“Hopefully some of those are the fun kind of late nights?” I gave him a slow once-over, and the corner of his mouth quirked. “Do you have anyone who brings you dinner up there?” The twinkle in his eyes suggested he enjoyed my lack of subtlety. Hook, line, and sinker. Now I just had to get him in my metaphorical bucket. Or, more likely, his literal car, since I hadn’t driven. Hopefully he had. Otherwise maybe there was somewhere on the premises we could—

“Jesse’s a great cook. Er, chef.” I gave Sam a flat stare that he failed to properly interpret. He cocked his head, wrinkling his nose in thought. “Chef? Or cook? Whatever. His food’s good.” He handed John another beer and then passed me something peach colored.

“Bellini. Isn’t that what you were drinking? It looked similar.”

That hadn’t been the question I was actually asking, but in my confusion over being brought a drink in the first place, I answered, “It was a peach mojito.”

“Oh, well, hang on.” He snatched the Bellini back.

“Wait—” I blurted, but he’d already set off toward the bar again.

John and I watched as he navigated the crowd.

“He seems nice. Roommate, yeah?” John asked, and I could tell by the way he was studying Sam’s ass exactly what calculations were taking place.

I settled back in my chair and laced my fingers over my belt. Fuck me, it was hard being a nice guy sometimes. Too hard. I opened my mouth to pick up our earlier conversation, but my brain-mouth connection malfunctioned. “If you dare him to suck your dick, he’ll probably do it, because he’s pretty competitive. But he’s otherwise straight. On the other hand, I don’t require dares. I’ll suck a dick because I enjoy it. And Sam’s correct. I’m a really good cook. I’m even better at sucking cock.”

John choked on a mouthful of beer. “Was not expecting that. Alrighty, then.”

I handed him a napkin. “You learn all sorts of fascinating things living in a house with four other guys,” I offered chastely.

Neve Wilder lives in the southern United States, where the summers are hot and the winters are…sometimes cold.

She reads promiscuously, across multiple genres, but her favorite stories always contain an element of romance. Incidentally, this is also what she likes to write. Slow-burners with delicious tension? Yes. Whiplash-inducing page-turners, also yes. And every flavor in between.

She believes that love conquers all. Except the heat index in July. Nothing can conquer that bastard.

To celebrate Neve’s New Release, we are giving away 3 e-copies of Show Me