Asa might be the head coach, but he’s a man first.

Coach Asa Dawson has fallen wildly in love only twice in his life.

Then with Scott Callaway.

But Scott isn’t just the one who got away.

He’s the one person—the one man—Asa hoped might finally show him how all-consuming passion could be.

Instead, fate (and football) intervened and they never got the chance to explore their attraction. Their friendship ended in ruins, Scott left, and Asa’s been torn between hating him and loving him for the last seven years.

Asa doesn’t think he’ll ever see him again, but when his bad habits catch up to him and he doesn’t have a choice but to accept help, he’s horrified—and exhilarated—to learn Scott’s been hired to assist him.

With the final stretch of the Piranhas season falling during the holidays, maybe what Asa and Scott have needed this whole time was a little Christmas magic to remind them the most important job isn’t to win the season—but to finally win each other’s hearts.

It was like being plugged back into a socket, after so long without electricity, being in Asa’s presence again.

Since he’d gotten the call from Beau, he hadn’t really let himself consider what it would mean. What it would feel like.

He’d only allowed himself the worry.

Asa was sick; he was struggling and in the goddamn hospital. Beau had reassured him, more than once, that he’d be fine, that the doctors weren’t particularly worried, they only wanted him to change his lifestyle.

That, Beau had said, was where he came in. He didn’t know anyone else who’d be able to convince Asa to relax the reins.

Scott had agreed, because after how things had gone seven years ago, how could he not? How could he not be there for Asa when he needed him, more than anyone else?

But he didn’t tell Beau that he wouldn’t be able to convince him of jack shit now.

Scott couldn’t even blame him.

He was still pissed at himself.

He’d known the moment he landed in Washington that it was all wrong, that he’d made a mistake, that instead of trying to be so fucking noble, he should have just taken Asa’s hand and kissed him and learned how to be happy.

No matter what that meant.

But he’d committed to leading Washington’s program, and he’d done that, for six years.

Then a year ago, they’d let him go, and he’d gone home, not to Tennessee, because Asa was still there, and the whole damn state didn’t feel big enough for the two of them, but back home to Alabama, to the small town he’d lived in before he’d gone to college.

“You alright?” Beau asked as they lingered at the front of the conference room, the rest of the coaching staff taking their seats, grumbling all the way.

It was deep into the season, it was the Monday after a game, and they were all tired.

Scott remembered exactly how it had felt, on those Mondays, even though he’d only ever coached in college, never in the NFL.

He was not fine.

He’d thought . . . well, he didn’t know what he’d thought, exactly. But he hadn’t imagined that he and Asa would meet again like this. He’d imagined running into him—sorta, kinda, on purpose—on the Tennessee campus. He’d imagined making things right.

The part of the imagining he’d purposefully forgotten was that Asa was going to be justifiably pissed at him. 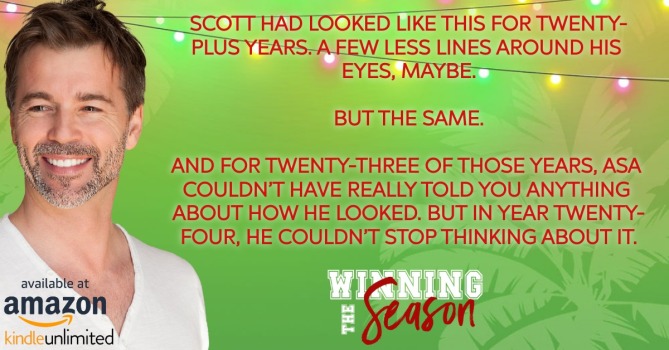 A lifelong Pacific Northwester, Beth Bolden has just recently moved to North Carolina with her supportive husband. Beth still believes in Keeping Portland Weird, and intends to be just as weird in Raleigh. 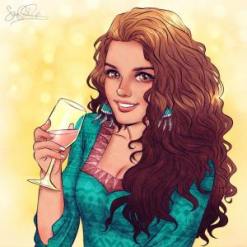