Definitely the best Canoli yet! Ricky and John made me smile 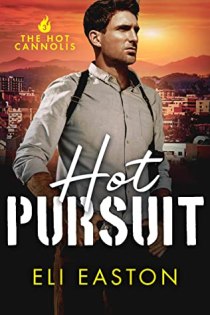 Definitely the best one yet in this series and filled with an excellent balance between the romance and the suspense.

Uncle Ricky’s been a fascinating character since the start and here we get to find out all about him following his revelation in book two that he was gay.

There’s a clever use of a different viewpoint to open up the narrative before it swings into telling the frenemies romance as Ricky does his absolute best to try and resist his attraction to his new, younger detective partner.

And what a sweetheart John is.

My heart broke for him when we find out the circumstances he’s been living under for the last couple of weeks.

Especially as it became clear that was just the tip of a very deep iceberg.

The mystery/investigation element of this book worked really well for me. I kept having guesses as to what had happened all the way through and while I had hints and ideas, I still didn’t catch on to the villain of the piece until close to the end.

I’ve no clue really how a US homicide investigation would work but it felt like it followed the likely protocols once it was established that Ricky was too close to it because of Donny.

Once Ricky accepts that he is falling for his partner, he also knows they can’t carry on working together.

Their chemistry is off the charts hot and the slight age gap works well. Ricky is a nurturer, a care giver by instinct and he sooths John’s understandable prickles simply by being himself.

It was lovely watching John blossom from being someone hiding himself away to the focused and sharp-witted detective during their investigation.

I also appreciated the way the threat to his safety was handled and, again, it felt like an organic and possible outcome.

I’ve absolutely no idea who is up next but I’m massively in love with the whole Canali clan!

As with the previous books in this series, I beta read for Eli.