A triumphant way to end this shifter romance series 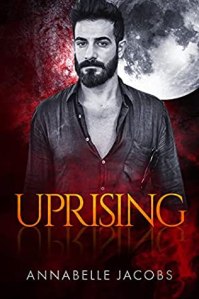 For the final book, we move on from Cole and Logan and get to find out just what on earth has been going on behind the scenes with the CEG and what role Michael McKillan has played in the resistance.

I couldn’t have asked for a better ending to this series as it centres on Michael and Isaac, the alpha of the Mothecombe pack we’ve already seen risking his life to help shifters escape to Jersey.

It was clear from the end of book two that these two had some serious history between them and it slowly unfolds through this adrenaline-packed narrative.

There’ll be no spoilers here again, let’s just say I cursed, I raged for someone to die in a flaming pit of Hell, I sighed, I swooned, for gawd’s sake I nearly cried and that rarely happens!

With incredible pacing throughout, there’s no let-up from the moment the story starts until it reaches its very satisfying conclusion.

On the way, it chases through twists and turns, through secrets revealed and emotions laid bare before it continues to surprise with revelations I still hadn’t seen coming.

I was so glad Annabelle chose to add an Epilogue to this series, I really hope she hasn’t quite finished with it and we may get an odd short story or novella in the future.

But, if this is the end, it goes out on a perfect note for me, with nothing left to be said and two men, somewhat out of the first flushes of youth, living their best lives with two intermingled and small packs on a beautiful stretch of the Cornish coast.

I also was fortunate to beta read this book for Annabelle.