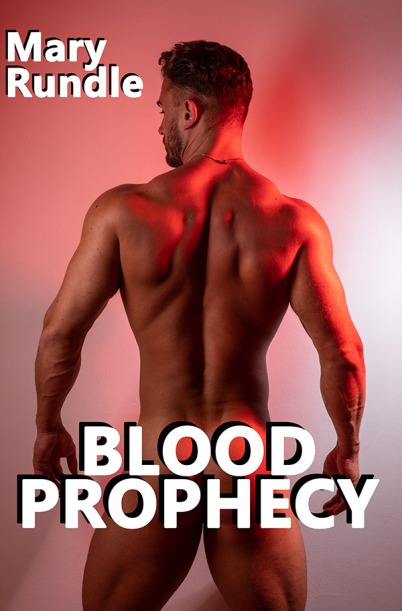 Finally free after spending more than 50 years controlled by a cruel master, Lucius has one goal only—return to the family taken from him when Valerian transformed him into a vampire. But he soon finds that even though his master is now dead, a death grip on him remains. Stripped of his powers to translocate and in constant pain, Lucius’ only hope is to follow a force pulling him toward a place he hopes will end his suffering.

Brady, a retired attorney, who worked at the Witches Governing Council, arrives at the Blackwood Pack after agreeing to help one of the pack’s brothers whose mate is the new Ruler of the Mystic Realm, and whose life is in danger because he wants to end the blatant corruption and exploitation of low level magic users.

Brady meets the pack’s members and is in awe of the powers the Fates have bestowed on them. But, after his previous years of dealing with the unscrupulous members of Witches’ Governing Council—and then being ousted for his efforts to achieve justice—he’s become distrustful of outward appearances.

Called into Alpha Blackwood’s office, Brady learns the Fates have given him the young vampire as his mate. But Lucius, having been found unconscious, lies dying, and Brady must decide if he is willing to do the only thing that will save his mate.

Eventually, Brady and Lucius begin a journey, where the past and present are woven together until both achieve the love and happiness they always desired, but never knew how or where to find.

This is part of a continuing series by Amazon International Bestselling Author, Mary Rundle – reading the previous titles is advised. Readers will enjoy catching up with members of the Blackwood Pack and reading about what is happening to them as the pack does what it does best ̶ caring for one another, fighting evil, and helping shifters everywhere. 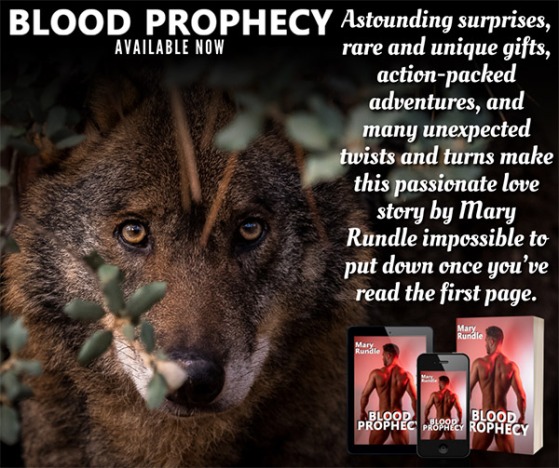 “Will do…thanks Penn.” After ending the call, Jackson turned to Brady. He was relieved to see some of his wariness gone, but there was still an air of caution. Guessing Brady was still reconsidering his decision, Jackson decided to focus on why he wanted a meeting. “I know you’ve been promised any assistance you might need from me in regard to helping Remy and Carson deal with the Witches’ Governing Council, but I want you to hear it directly from me. As Alpha of the Blackwood Pack, I guarantee you can count on us to be there for you. The trouble with giving you my word is that you have no idea exactly what kind of help I can offer which, if I were you, would have me questioning exactly what my word is worth.”

“Oracle has given me some idea of the powers the Fates bestowed on you and your brothers,” Brady murmured.

“Yes, she told me, but I believe you should know everything before you commit to the task ahead,” Jackson said.

Brady snorted, “I don’t even know what the task is until I speak to the Ruler of All Magic.”

“Franky, I don’t either,” Jackson said, “but from what I could glean from Oracle…Carson, Remy, and his three young brothers are in mortal danger by a magic user or magic users unknown.”

“That about sums up what I know, too,” Brady muttered.

“Right…so how about we fill in some of those blanks. In order for you to do whatever you need to do for Remy, I think it’s critical you to know exactly what gifts are at your command. Do you agree?”

“My command?” Brady asked, anger and panic jostling for control of his voice. “You just can’t go handing out that kind of power. What if I possess bad intentions? Do you have any idea the havoc I could wreak in the paranormal world? This is exactly why…why…oh, never mind.”

Shaking his head, Brady wouldn’t give voice to his thoughts. What the Fates had decreed certainly wasn’t any business of his and bitching about their decisions wouldn’t change anything.

Jackson leaned forward, looking at Brady intently before speaking. “If you were going to say it’s insane my pack has so many powers…I would agree with you. Or if you were thinking the Fates made a mistake…I’d say the jury is still out on that. But if you think my pack would ever use these powers for any purposes other than what they were given for, then I would say, you’re dead wrong. How can I be so certain? Because I know my pack and I’ll stake my life on the righteousness of each and every member in it.”

“I’m sorry if you thought I was insulting you, Alpha…I wasn’t,” Brady replied, chastising himself for his lack of tact. “My thoughts pertained to the Fates’ decisions. I’ve seen what power in the wrong hands can do. It’s the reason I agreed to help…to right a wrong done to many magic users for years now.”

“No insult taken, Brady,” Jackson said, softening his tone. “I’m not arrogant enough to assume I know why the Fates did what they did, but I do know evil will never find a foothold here. And if that’s the sole reason my pack was blessed, then the paranormal world will only benefit from it.” Jackson paused before continuing. “When Oracle warned me that my brother and his family were threatened and asked my permission to reveal my pack’s gifts to you, I gave it without hesitation and, frankly, you are the first outside this pack to know. Honestly, if there were any other way to protect Carson and Remy, I would’ve jumped on it like a duck on a June Bug. Does you knowing about us make me nervous? Absolutely. But I also trust Mystia and Oracle implicitly and their assurances about your motives has eased my mind…somewhat.”

“You can trust me,” Brady replied. “As I promised Oracle, I will never betray her…or your confidence.”

“I believe you,” Jackson said, smiling. “Now, back to the job at hand. I’ve decided to assign Dylon as your contact person regarding whatever it is you need from us.”

“Why did you pick him?” Brady asked, wondering if this was a subtle attempt by Jackson to be able to sidestep any help he might need.

“Dylon has the power of Hercules, giving him extraordinary strength and courage, and the ability to solve any problem presented to him. But what’s most important in this case is his strategic brilliance. Once you tell him the situation, he will be responsible for selecting which pack member…or members…would best be able to assist you and make sure the mission succeeds.”

“What if there are multiple missions?” asked Brady. “What if it takes several months before I can get everything sorted out?”

Shrugging, Jackson said, “It doesn’t matter. I’m committed no matter how long it takes. As far as I’m concerned, the job isn’t finished until Carson and his family are safe.” Hearing a rapping on the door frame, Jackson’s gaze shifted over there, smiling at the man waiting for permission to enter. “Dylon, come in. Did they arrive safely?”

Taking a chair next to Mystia, Dylon greeted her and Brady before turning back to Jackson. “Everyone’s fine. At Sawyer’s insistence, Mac took Alex downstairs to check him over and Glenn’s with them.” 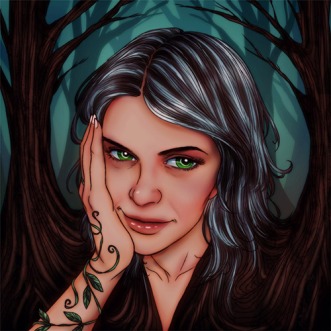 The first book I ever wrote was Dire Warning in 2017 and, much to my delight, it became an Amazon Best-Seller. Readers loved it and I was on my way to chronicling the Blackwood Pack, seven brothers who are gay wolf shifters in search of their fated mates—stories about love at first sight with twists and turns, angst and humor, romance and adventure and, of course, happy endings.

As my books began to be translated into other languages, I also became an Amazon International Best-Selling author and then achieved the honor of becoming an Amazon All Star due to their popularity. My tenth book, Darkness Master has just been published and audible versions of the entire series are in progress.

I love the M/M paranormal genre because it gives my imagination a lot of territory in which to roam. My mind can really run wild and come up with some amazing stuff when it doesn’t have to stay inside the box.

My readers tell me they feel like they’re members of the pack as the stories unfold…as if they’re right there in the middle of the action. Others tell me it’s like watching a fast-paced movie. My writing style pulls no punches…readers love it and are always clamoring for the next book.

Stories come to me as if channeled by my characters, all of whom I love (except for a few villains). They are eager to recount their lives, loves and adventures and are not inhibited when it comes to revealing steamy, sexy details.

I currently live in the Northeast and love the beautiful change of seasons, my husband, and our quirky calico cat, though not necessarily in that order. I’m always happy to hear from my readers and can be reached through Facebook, Twitter, Instagram, or my website. 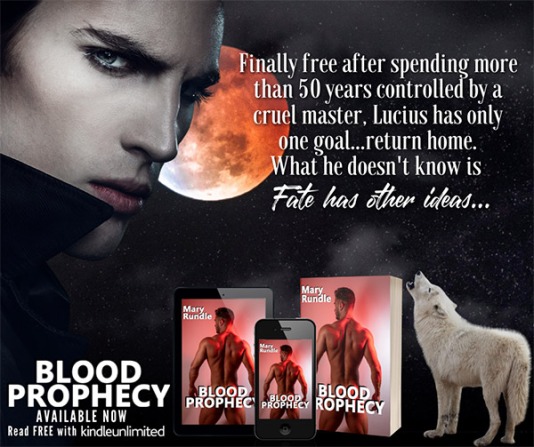 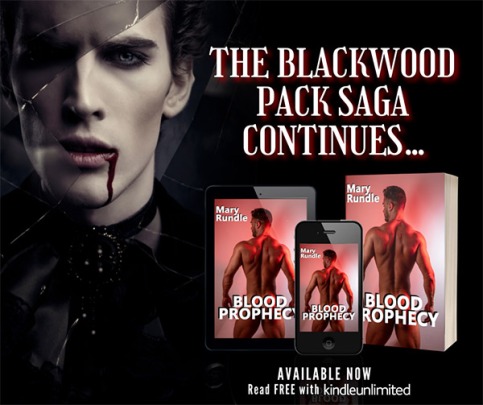