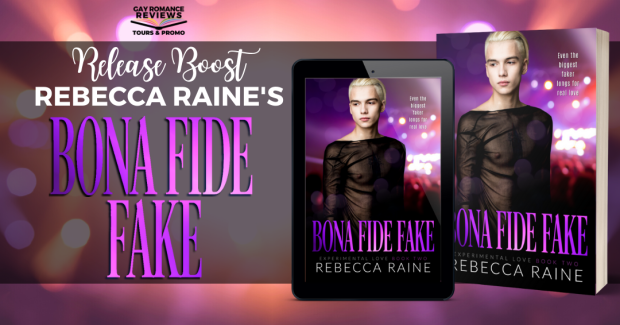 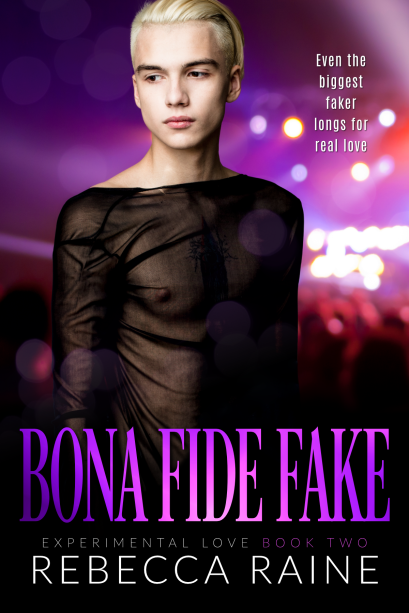 My new fake boyfriend may not like me, but he needs me. There are worse foundations for a relationship.

Toni Fairweather is a liar and a fake. I suspected it the day we met, but when he lies to his friends about being my boyfriend, I know for sure. I’ll play along with his deception, but Toni will owe me – big time.

I don’t need to like the man… to obey him.

I never meant to fake a relationship with the lead singer of a local rock band. But the fib popped out over lunch with my best friend, and now I’m expected to present my new boyfriend at his engagement party next month.

The good news? I’m not the only one in need of a date.

Being boyfriends for a month shouldn’t be hard, but I do have one condition: this won’t be some fake boyfriends deal. I want a real relationship, and Ned’s going to give it to me. “All I’m saying is, if we happen to be approached by a record label while we’re at the music festival next weekend, it won’t be the worst thing in the world.”

Rolling my eyes, I yank open the door to the building where my friend, Logan, rents a small office. The sooner I find him, the sooner I’ll have an excuse to hang up on Johnny. “We don’t need to belong to a label to be a successful band,” I remind him. “Our EP is doing well on all the streaming services. We’re making money. We’re playing gigs. What more do you want?”

“I want to hear our songs on the fucking radio, Ned.”

I grit my teeth and resist the urge to groan aloud. This is exactly what I feared when Johnny and the boys asked me to join Fifth Circle as their permanent front man two years ago. They’d sworn they were content to be a pub band, playing music on weekends and having a good time. The claim proved true—until recently.

My fingers tighten around the bottle of scotch in my left hand as I stalk deeper into the building. The place is a rabbit warren. Designed as a co-working space, it’s bursting with entrepreneurs intent on building their own mini empires. It seems everyone wants to be on top of the pile these days.

“Since when do you have aspirations of rock stardom?” I ask Johnny as I scan the desks for any sign of Logan.

“Since my wife left me for some arsehole with a Porsche,” he snaps. “Nothing says fuck you like having a song on the radio that literally has fuck you in the chorus.”

“Except I’d be the one singing the chorus, and most stations bleep that shit out, anyway.”

Stopping in a less crowded area, I hold the phone closer to make sure Johnny can hear me over the background noise. “I agreed to play the Autumn Skies Festival because I know you’ve been through hell and need to blow off some steam. But you never said anything about using it as a steppingstone to bigger things. I never agreed to that.”

“Don’t you ever get hungry anymore?” Johnny hisses in my ear. “When we were kids, playing in our first band and pissing off the neighbours, you were damned near starving. Out of all of us, you were the one who was going to make it. You were the only one who ever really tried.” He pauses with a frustrated sigh. “What the hell happened to you in Sydney?”

My jaw clenches, and I swallow past the sudden constriction in my throat. “I grew up. Realised I’m better off on a stage where the lights aren’t bright enough to blind. That’s where I intend to stay.”

A tense silence beats between us as I wait for his response.

“Fine.” Johnny heaves a sigh. “It was just a suggestion, anyway. You’re so bloody dramatic.”

Closing my eyes, I release a pent-up breath of my own. Dread already fills my gut every time I think about going down to Byron Bay for next weekend’s festival, knowing my ex-boyfriend will be there. It’s been more than three years since I saw Zac. Not since the night I fled his house, blocked his number, and flew home to Brisbane. We never even broke up. Not officially.

“I’m gonna go,” I tell Johnny, hoping he won’t notice the rough edge in my voice. “If I don’t find Logan soon, I’ll end up lost in this maze forever.” We say a quick goodbye and I slide the phone into my back pocket.

A man sitting behind a nearby desk waves me over. “You’re looking for Logan Delaney?” he asks. At my nod, he gestures to a hallway behind me. “He and Tony are at the end of the hall.”

“Watch out for Tony,” the man adds as I’m turning away. “He’s a bit extra today.” The slight exaggeration is the only variation in the otherwise bored tone.

“Appreciate the warning.” I have no idea who he’s talking about. Not that it matters. I’m only here to deliver the scotch to Logan. Then I’ll be off again.

The door at the end of the hall has a laminated sign with Logan’s business name and a cheery ‘Come on in’ underneath. I knock before easing the door open.

“For fuck’s sake, Rodney. I’m sorry I missed your housewarming.” The clipped voice is sharp enough to lash the air and I pause, unsure if it’s safe to step inside. “I got caught up at a friend’s place and lost track of time. You know how I get when I’m distracted.”

I snort at the lame excuse. This must be the very extra Tony.

Deciding there’s no actual danger, I step through the doorway and close the door behind me. The office is small but modern. There’s enough room for two large desks on one side. The opposite wall is taken up by a small kitchenette, some storage cupboards, and a couch. The desk at the far end, which must belong to Logan, is currently vacant.

A slender man sits behind the second desk, directly in front of me. His long fingers drum softly against the surface of the wood as he presses a mobile phone to his ear with the other hand. “Of course, I wanted to be there,” he says, not bothering to look up at me. “What could possibly be more appealing on a Saturday night than celebrating you and Leif putting your toothbrushes in the same cup on a permanent basis?”

My brows lift at the barely concealed sarcasm in the man’s voice. If this is his idea of an apology, Rodney should be telling him to get bent right about now.

Crossing my arms, I take a moment to study the man before me. Platinum blond hair is neatly styled above dark sculpted eyebrows. Cheekbones slash across smooth, alabaster skin. The sharp angles provide a contrast to the generous pink mouth, which is currently pursed in displeasure. I’d love to call him pretty—he’s beautiful really, on the outside—but the indifference in his tone and the lack of genuine remorse in his attitude begs a harsher word: fake.

Rebecca is a long-time lover of all things romance. Whether it’s a book, movie, or real life, she will always have more fun if there’s a love interest thrown into the mix.

She lives in Queensland, Australia with her very own hero husband, two quirky kids and one big, black dog. Other than reading and writing books, her favourite things include loud music, enjoying a glass of wine on the patio, organising everything in existence, and spending too much time on the Internet.

To celebrate the release of Bona Fide Fake, Rebecca is giving readers the chance to win 1 of 3 e-copies of winner’s choice of book from Rebecca’s backlist