Release Blitz: To Melt A Frozen Heart by Fearne Hill 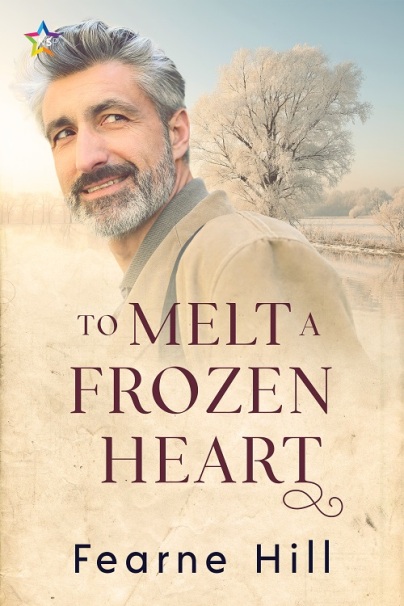 Freddie Duchamps-Avery has only one desire this Christmas: to ask his beloved Reuben to marry him. However, with his needy father moping around, finding the perfect, romantic moment to propose is proving tricky.

The Rt Hon. Charles Duchamps-Avery is a successful politician, a hopeless father, and a miserable divorcé. Facing the prospect of Christmas alone in London, he accepts his son Freddie’s generous invitation to join the gang at Rossingley. Yet, being surrounded by happy couples only serves to remind of his past mistakes and a looming, lonely old age.

If only a handsome, enigmatic stranger would appear and distract him… 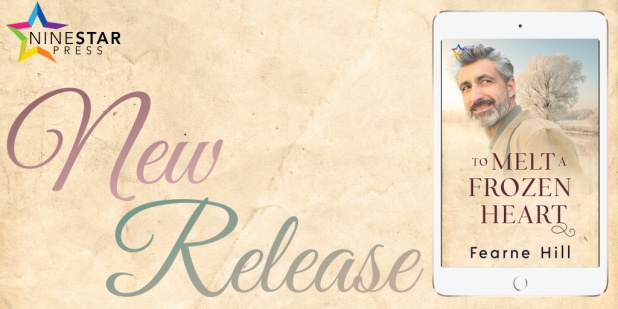 To Melt a Frozen Heart
Fearne Hill © 2021
All Rights Reserved

I pushed the double buggy on a second lap around Rossingley Lake. Lucien sauntered alongside, puffing on a crafty fag out of view of the twins and indeed anyone else. Limiting himself to only one cigarette per week, he had started smoking Virginia Slims, which were apparently the longest.

“He won’t say no,” Lucien reassured, not hiding the frustration in his voice. In his defence, I was beginning to sound like a stuck record. “The bangle isn’t too fancy, darling. It’s perfect. A brilliant choice, even if I do say so myself.”

“Maybe we should have stuck to the plain one without the diamonds.”

Lucien groaned, not unreasonably. “Trust me, Freddie. Reuben will agree to marry you if you present him with a bag of organic compost. Perhaps that’s what we should have bought? A quick trip down to the garden centre would have been a hell of a lot kinder on my poor feet.”

“I forgot you had bunions.”

“Shh! Don’t use that filthy language in front of the children! The sixteenth Earl of Rossingley does not have bunions! I think you’ll find that in our household, my husband and I have agreed to refer to them as my ‘shapely love bumps’.”

I never foresaw Lucien declaring he’d fallen out of love with shopping, but last week, I’d been the prime instigator of it. He’d agreed with pleasure to accompany me on an expedition up to London to choose an engagement gift for Reuben, but by the time I’d trawled pretty much every single jeweller on a packed pre-Christmas Bond Street, he’d declared himself a convert to the internet and had spent the evening moaning, with his knobbly, bruised feet plunged in an ice bath.

Marriage: love, laughter, and happily ever after.

I was achingly desperate to pop the question. To tie the knot. To plight my troth, whatever the fuck that meant. The pretty bangle burned a hole in my jacket pocket, and the words were almost bursting out of me. Ever since Lucien had done the deed, he scattered the phrase ‘my husband’ around like confetti practically whenever he opened his mouth. Every time he casually threw the words out, I experienced a sharp kick in the guts of pure envy. Not of him being married to Jay, although I thought I’d be secretly drooling over his pecs forever.

Having previously viewed the whole marriage thing as a heteronormative black hole to avoid like the plague, since Lucien’s bloody wedding, a primal urge to be married to Reuben had lodged in my brain. I craved the awesome sense of possessiveness about it. To put a ring on it. To get down on one knee. Like Lucien, I wanted to add the words ‘my husband’ to my vocabulary and say them with pride. On a practical level, I wanted to give Reuben a legal right to all my dosh. Even if he wasn’t fussed about having it.

Knowing Reuben wouldn’t hold truck with a showy engagement ring, I’d decided to buy him a bangle instead, which he could discreetly hide under his long sleeves every day at work. What had begun in my mind as a simple silver wristband had morphed into an impressively solid chunk of white gold, inlaid with delicate yellow diamonds shaped like flowerheads. Engraved on the inside I’d chosen ‘all my love forever, Freddie’. Not challenging Byron in the romantic poetry stakes but pretty much summing up all my feelings for him in a nutshell. Lucien and I agreed the bangle was stunning; yellow was my man’s favourite colour, and I’d fallen in love the moment I’d clapped eyes on it.

“Maybe I should get him a simple silver one too,” I hedged. “Then he can choose. Or have both.”

“Yes, darling, why don’t you do that,” Lucien replied testily. “Actually, buy two simple silver bracelets, and a sweet little chain too. Bring them to me, we’ll secure them around both your wrists, and then I’ll handcuff you somewhere suitably far enough away that I don’t have to hear you drivelling on about the bloody bangle. Reuben adores you! He’ll adore the bangle. He’s going to say yes!”

When she is not overseeing her small menagerie, she enjoys writing contemporary romantic fiction. And when she is not doing either of those things, she works as an anaesthesiologist.

One lucky winner will receive a $50.00 NineStar Press Gift Code 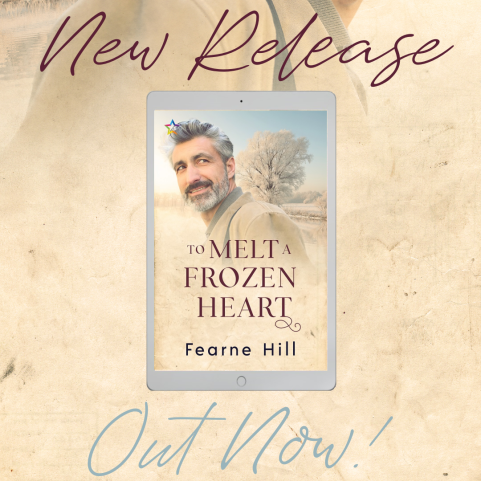