I did not want this book to end 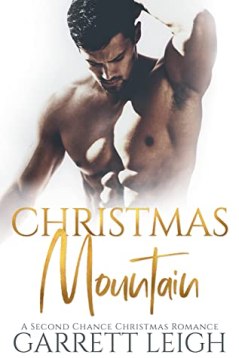 Since both Fen and Remi appeared in Salvation I’ve wondered about their story and here, in Christmas Mountain, Garrett gives us a perfect festive romance – with all the human elements that make her characters so real.

Without going into any detail, this was everything I wanted from Fen and Rami’s story. They were both such vivid characters in Dante’s book, here we find out more about them and it’s a story that carries real power with it.

They’ve both suffered blows that would knock lesser people to their knees, but they’re surviving, just, when their paths fortuitously cross again on a Cumbrian fell known as Christmas Mountain.

I loved everything about their burgeoning friendship, Fen’s demi-sexuality is given the weight and the time it needs to move beyond the spark of attraction he knows he already has for the other man. Remi’s grieving process and sudden guardianship of his nephew Charlie also means he needs time to just breath.

There’s some serious subjects toughed on, it’s Garrett Leigh after all, but it never becomes too weighted down with the sadness. There’s a couple of glimpses of Dante still living his best life, which I so appreciated, and I absolutely adored Remi’s family who live on top of the Fen.

The kids in this book are perfect, they never detract from the story being told, but are important enough to give both Fen and Remi things to think about at crucial points in the tale.

I was left with such a warm feeling and a happy glow after finishing this book, it goes straight onto my Favourites Shelf alongside Garrett’s other two Christmas stories (okay, and pretty much every other book she’s written, let’s be honest here, I’m a complete fangirl) and I can’t wait to get the bonus scene come release day.