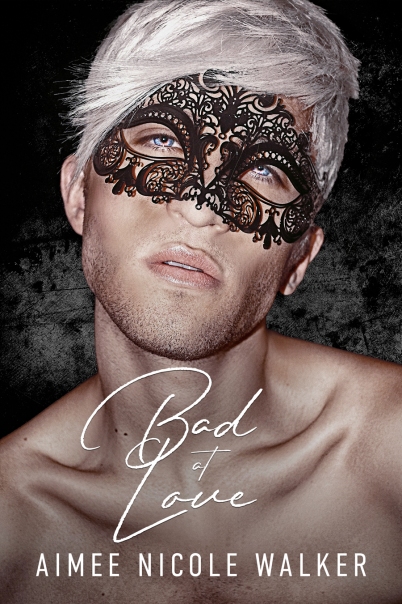 Bad at making decisions or bad at love? Either way, Kendall Blakemore doesn’t trust his judgment. He falls too hard, too fast, and always for the wrong guy. Needing a major shakeup, Kendall moves into his own place for the first time and seizes a new career opportunity. But everything he thought he wanted turns out to be the last thing he needs. When loneliness threatens to derail Kendall’s good behavior, he decides to rent out his spare bedroom. What could go wrong? Try a tenant who’s temptation incarnate.

Bad at commitment or born to roam? Either way, US Deputy Marshal Kurt Dandridge feels trapped. Maybe staying in one place for too long is the source of his unhappiness, or maybe it’s because he’s engaged to the wrong person. Finding his fiancé in bed with another man takes care of one problem but creates another. Ridge needs a place to live. He’d leave Savannah altogether if not for his vow to apprehend an elusive fugitive. Renting a room from Kendall Blakemore seems like the perfect solution until Ridge finds himself falling for the alluring man. Would one kiss derail his course? And could he stop at just one?

Hurts so good. Chemistry burns between them—hot, consuming, and impossible to ignore. And why should they? Kendall and Ridge are consenting adults who know the score. Being bad has never felt so good, but it’s a slippery slope to navigate. One misstep could have disastrous consequences for both men.

Bad at Love is a standalone novel within the Sinister in Savannah universe where both characters first appeared. It is not necessary to read that series first. Bad at Love is a romantic suspense that’s heavier on the romance than the suspense. 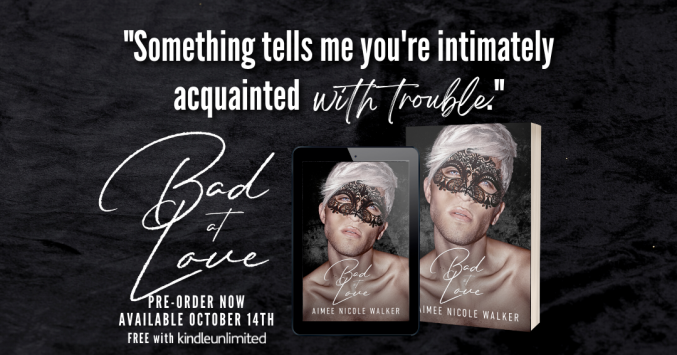 Ever since she was a little girl, Aimee Nicole Walker entertained herself with stories that popped into her head. Now she gets paid to tell those stories to other people.

She wears many titles—wife, mom, and animal lover are just a few of them. Her absolute favorite title is champion of the happily ever after. Love inspires everything she does, music keeps her sane, and coffee is the magic elixir that fuels her day.

I’d love to hear from you.