Never make a bet with Jordan Brooks. That’s how I’ve ended up here, doing a movie that risks my entire acting career.

Taking on a gay role when I’m straight is problematic in its own right, but when production gets put on hold, and a fabricated story breaks out in the media, Jordan and I have to go into hiding.

Our livelihoods are put on the line all because of an ill-timed photo and Jordan’s bitter ex-boyfriend.

Why am I always drawn to the straight ones? You’d think I’d learn my lesson, but when our movie is delayed, I repeat old patterns.

My plan to bury my hurt and anger toward my ex by “method acting” with Blake Monroe is foolish. But Blake is as irresistible as he is good-looking, and he settles into his role easier than I thought he would. In fact, he likes it a little too much. 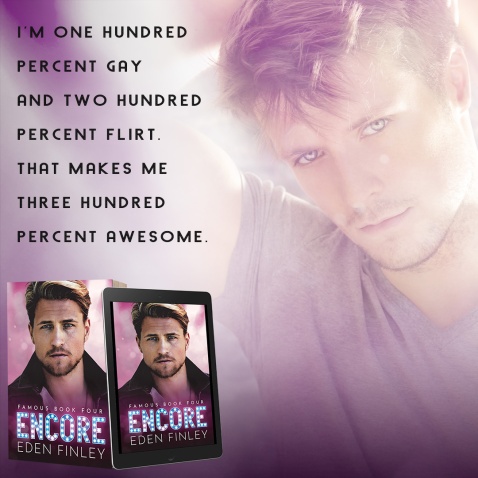 The warmth in my gut isn’t from the heat of the hot tub. The edginess under my skin isn’t because I’m not used to Jordan touching me. I think it’s because I want more of it.

“Have you ever thought of being with another guy before?” Jordan asks.

“Thought about it, sure. Doesn’t everyone?”

“Hooray for condescension! But I mean, we’re in Hollywood. Publicly, it’s not very queer, but on the DL, it’s like everyone and their dog is on the spectrum somewhere.”

“True,” Jordan relents. “Hollywood is a lot gayer than people want you to believe.”

“I think it’s only natural to wonder when you’re surrounded by it but can’t exactly ask questions, you know? I remember when I found out about both Harley and Ryder and seeing how our management team made them squash it down and basically told them to pass for straight or the whole band would suffer. We were not to speak of it or pay attention to it, and if we saw anything, it was our job to keep our mouths shut. So, yeah, I guess I’ve always thought about what it would be like, but maybe I’ve been scared into not entertaining those thoughts.”

“Welcome to the town of Repression. Population: the entire queer community.”

The water sloshes over me, and then his big hands grip my knees and pushes them apart while he settles in between them. He must be on his knees on the bottom of the hot tub. He’s so tall, he still has his head above water.

“Why it would be a good idea for us to hook up.” He lowers his head, but I reach up and cover his mouth with my wet hand.

“You just want to win this stupid sex bet.”

He pulls away from my hand so he can talk. “Not at all. I want you to live out any fantasy you’ve remotely thought about before squashing it down because you thought it was wrong.”

“There are no fantasies. I haven’t thought about it that hard.”

“You have thought about kissing though. And that has nothing to do with the bet.” Jordan moves even closer now.

My breath becomes stilted, my cock begins to harden the closer Jordan gets, and he’s right. I have thought about kissing. Kissing him.

Maybe it’s the repressed thing or maybe it’s that the thought of kissing a man is new and exciting, but I’ve never been so turned on by the idea of someone else’s mouth on mine.

I nod but it might be too subtle because Jordan doesn’t close that small gap.

“I’m going to need you to say it,” he whispers.

Even though it’s a given, that if I say two little words, I’ll get exactly what I want, asking a man to kiss me is nerve wracking. I don’t know if it’s a power trip for him or if he wants to make sure this is definitely what I want before he makes a move.

“Kiss me,” I demand. He presses against me, but right before our lips touch, I smile. “And Jordan? Make it real.”

He kisses me harder than he has before while shooting a scene. Gone are the soft, tentative movements of his mouth against mine. The other times he’s kissed me, he’s let me lead. That is gone. Gone is any semblance of an attempt to keep his tongue away. Gone is any hesitance from his side or mine. But more importantly, gone is any inhibitions I had about doing this.

He cups the back of my hair with a wet hand, gripping tight to the short tendrils. My hair is usually kept short at the back for Coby movies, but this job required me to grow it out a little.

Jordan presses his tongue against mine and then moans into my mouth.

The hot water mixed with the frigid air on my face and shoulders makes me lightheaded, or maybe it’s the kiss doing that. I didn’t have trouble breathing until Jordan Brooks entered my orbit.

He moves in even closer, and I can feel his hardness against my thigh under the water. I have the sudden urge to reach for it, almost like it’s reflex and I’ve forgotten who I am or what I’m supposed to be doing. I run my hands up his chest to occupy them instead, but the hard planes under my fingers only turn me on more.

This stupid thong is already uncomfortable, the tip of my cock manages to peek out the top of the waistband, and it’s a little too tight. Too restrictive.

“Fuck,” I mutter against Jordan’s lips and reach to pull the thong down a tiny bit to get some relief.

Jordan breaks the kiss but keeps his forehead on mine. He breathes deep and says, “I can help with that if you want.”

Damn if I don’t want to take him up on the offer. “Just doing some strategic rearranging.” And I might give myself one hard stroke to get my dick to stop aching. “Plus, I’m not going to give it up that easy.”

“My hand on your dick only counts as sex if you come.”

“Is that in the gay man’s rule handbook?”

I reach up and grab the back of his neck. “Stop ruining this with your words and use your mouth for something I actually enjoy.”

“So you admit it. You do like kissing me.” 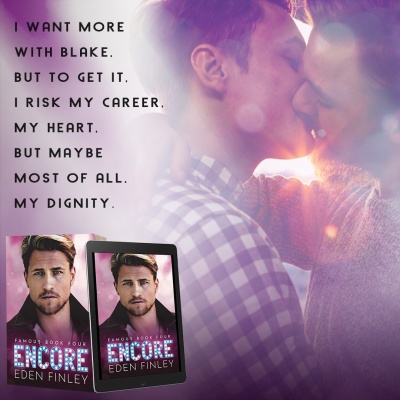 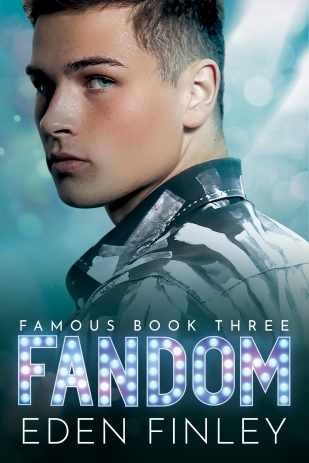 Win one of Five eARC’s for Encore