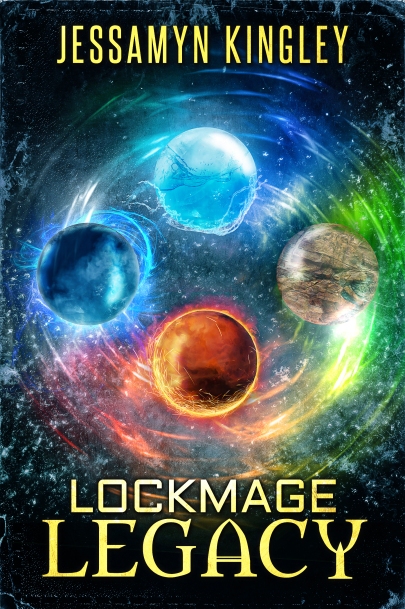 Defining a legacy is never easy

Beta Donnell Ursus Arctos devotes his life to protecting his leader and defending every bear in his clan. Some call him overprotective, but Donnell prioritizes safety. When he’s not working, Donnell has simple hobbies that others consider boring. Although Donnell is surrounded by family, wealth, and prestige, the bear shifter pines for Fate to pair him with the other half of his soul.

For Joshua Brenton, little is going right. On the same day, Josh loses his job and his run-down apartment. But there is a bright light on the horizon—the annual retreat for mages. As an aqua mage, Josh has been disrespected since birth, but Fate has recently selected new leaders. After sweeping changes are made, Josh is randomly selected to prove his worth in the newly instituted mage testing.

Josh is stunned when he meets the mage rulers and is invited to their home. Upon ringing the doorbell to the mansion, Josh meets Donnell, and they discover that they are mates. Although the pair are instantly drawn to each other, Josh learns he is more than a mage and must unravel a past he’d prefer to forget. It will be up to Josh and Donnell to chart a future while dealing with the surprises they encounter along the way.

Instead of knocking, Josh strode backward to take in the giant house done in brick and wood. It was lovely—too nice for someone like Josh—which had him wondering for the millionth time what the hell he’d done to himself by agreeing to venture there.

Sucking in a deep breath, Josh stalked over and rang the bell. There was no need to continue repeating the same nonsense. Josh had made a promise. He might not have shit, but that didn’t mean he lacked honor. Within seconds, the door whipped open, and Josh gaped. The blood rushed to his groin and his dick hardened as the smell of the beach hit Josh’s nose. A ridiculously handsome man with dark hair and light brown eyes stared at him with as much shock as Josh felt.

All his eagerness to leave deserted him, and although the bear gawking at him was far above his level, Josh was keeping him. The shifter was Josh’s gift from Fate, and even if he didn’t deserve him, they were meant to be. Or perhaps the goddess wanted to make up for some of the shit he’d endured. While Josh didn’t have a clue how to handle a relationship, he was excited to learn. Collecting his scattered thoughts, Josh grinned up at him.

Some of the astonishment left his face, and Josh cataloged the strong jaw, straight nose, and masculine beauty. Josh decided it was a countenance he’d never tire of appreciating.

“Believe it or not, I figured out the mate thing,” the man replied.

“Yeah, your dick is probably as hard as mine. What do I smell like?”

The bear cocked his head. “Like the seashells on your temple.”

“You smell like the beach too. Cool,” Josh said, his hand coming up to trace the tiny tattoos that went up his temple and over part of his forehead. “So, what’s your name?”

“Can I call you Donnie?”

“Absolutely not. Come inside.”

“Come inside where?” Josh asked cheekily. “I mean, we just met, so maybe it’s a bit early to discuss preferences or whatever, but I’m down if you are.”

“Get in the house,” Donnell demanded with a chuckle.

“You probably just want to check out my ass.”

With a shrug, Donnell turned and walked away. Josh wasn’t the least bit offended, because the man’s backside was perfect. At nearly a foot taller than Josh, the shifter had a muscular build that was showcased beautifully in his tailored shirt and trousers.

“Are you ready to get in here, or are you going to stand on the porch gawking all night?”

“Yeah, I guess I could come in,” Josh muttered. The moment Josh stepped in the house, his gaze was ripped from Donnell long enough to appreciate the glorious fountain that represented the four elements that comprised the Circle of Mages. “That’s fanfuckulous.” 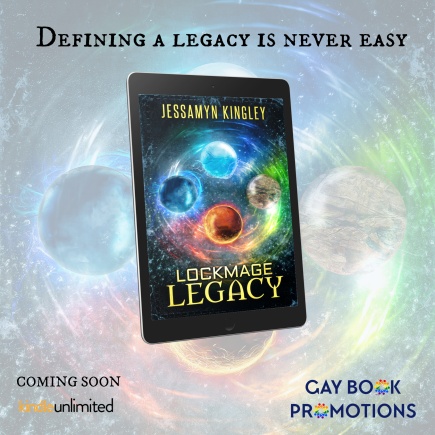