What if love threatened to destroy everything you’d worked for?

Hockey right winger Tyler Jensen isn’t thrilled to get the news he’s been traded to the Bethesda Barracudas. The team may be red hot in the rankings, but there’s someone there he’d rather not have to see every day.

Defenseman Kevin Moore is one of the top-rated rookies in the country. He’s living the dream playing for the Barracudas—until he hears that his old high-school crush Tyler is joining the team. Ty was once everything Kev wanted, but their age difference got in the way. Tyler decided a three-year gap was too much and left Kevin behind.

In Bethesda, Tyler doesn’t take long to notice that Kevin has grown up into precisely the kind of man he can’t resist—brawny, brainy, and beautiful. Kev feels the pull too, and as the men become closer, they work hard to keep their budding relationship secret. Professional hockey may be welcoming gay players now, but Ty and Kev aren’t sure management would like the idea of two Barracudas taking teamwork to an entirely new level.

As the playoffs loom, news of their romance gets out. Ty and Kev, caught in a storm of controversy that threatens to destroy them, need a power play to save their careers. How will they find one before it’s too late?

Fire in the Ice delivers on the promise that second chances can work and dreams can come true. If you like exciting hockey, plenty of humor, a beautiful HEA, new adults, young athletes, and enough heat to burn down the house, this book is for you.

The fire alarm went off! I sat bolt upright, my heart pounding like a bass drum and the soaring panic making it hard to breathe. Just as I threw a leg over the side of the bed, I realized I didn’t know where the door was. Hell, I couldn’t even remember what city we were in. Sweat ran into my eyes, and I called for Thompson, my roommate. He didn’t answer. Had he run for safety and left me sleeping?

I finally came around enough to realize the noise wasn’t the fire alarm—it was the alarm on my phone. Thompson wasn’t there because we weren’t on a road trip. In fact, he and I weren’t even on the same team anymore. The Seattle Cohos had traded me, and I was a Bethesda-fuckin-Barracuda now. Woo-hoo! The fact that I had a terrible crush on one of my new teammates, who definitely did not return the feelings, made my new life a thrilling prospect. I wondered if there was any chance Kevin might change his mind and give me a chance. Doubtful, after what happened last fall.

It was way too early to get up, and I stretched my way through a big yawn. I’d flown to DC with Birky Ferrell, my teammate who had also been traded, and we didn’t get into town until about eleven the night before. That had only been eight p.m. Seattle time, so I didn’t fall asleep for hours. According to my phone, it was currently seven a.m. in Washington, and I was due in Bethesda by eight thirty. Time to get my ass out of bed and into the shower.

Lucky me, I had a whole new team to get to know. Too bad they’d played in Seattle only ten days earlier, and I’d gotten into it with one of their defensemen, Pierre Gagné. The rest of the game hadn’t exactly been friendly between the Barracudas and me, and I didn’t know what kind of reception to expect at Cuda Arena. I hoped they’d be in the mood to let bygones be bygones.

An hour later, Birky and I were in an Uber creeping its way through rush-hour traffic toward Bethesda. Bob Shuford, the head coach, wanted to see us before our first practice with the team. I studied Birky’s profile while he looked out the window. His craggy face was handsome, and he wore his brown hair in a crew cut. Birky was an enforcer, so he got into his share of brawls, and a few scars gave his face character.

He turned his attention away from the street. “You nervous?”

“We’ll be fine. They’re lucky to have us. You heard they made Johnson captain?”

“Yeah, I saw that last night.”

Birky shifted in his seat, so he could see me. “You know him, right? I’ve seen you two talking when the teams played each other.”

I smiled. “Nick is one of the nicest men you’ll ever meet. Best thing they could have done, making him captain. He was team captain in high school, and he’s a born leader.”

He cocked his head.

“Nick as captain is what we need, Birky. We’re Barracudas now.” 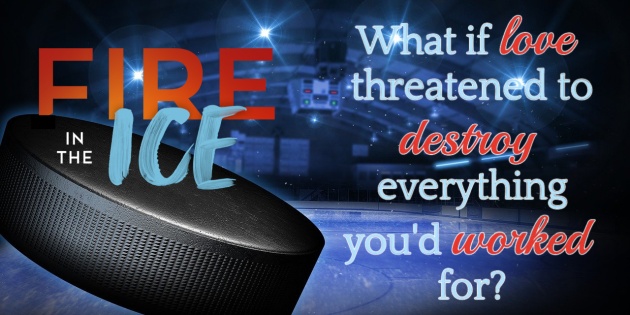 Ryan Taylor and Joshua Harwood met in law school and were married in 2017. They live in a suburb of Washington, DC, and share their home with a big, cuddly German shepherd.

Ryan and Josh enjoy travel, friends, and advocating for causes dear to their hearts. Ryan also loves to swim, and Josh likes to putter in the garden whenever he can. The romance they were so lucky to find with each other inspires their stories about love between out and proud men.