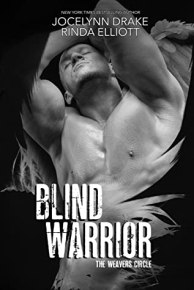 This book has a different feel to it than the first two books in the series.

While it deals heavily with the fallout from the end battle in book two, it feels like a bridging point for the series long narrative arc.

We get a new Weaver, the Water one, and he’s a totally chilled character, he brings a sense of calm into the house, which is still reeling with Grey’s blindness.

And it’s no coincidence that this situation also brings along Cort, a visual impairments therapist who might be the spark to re-engaging Grey’s role in the Circle.

The pacing of this instalment is a bit slower, though there’s all the usual madcap moments still, especially from Baer and Lucien.

It focuses in more on the mental stresses and the manipulation of another Pestilence wizard, who tries to get inside Grey’s head.

Cort was an absolute darling, so big of heart and patient with Grey’s anger and fears and I loved how he was slowly enveloped into the family, especially as he and Grey became closer.

It’s as stupendously steamy as the first two books too 😁

It ends on a happy note, but the overwhelming threat from the Pestilence is still lingering over everything the Weavers do.

With only one more to meet, and three soulmates to find, I’m really looking forward to what comes next!