This Arthurian mythology with a twist is very clever 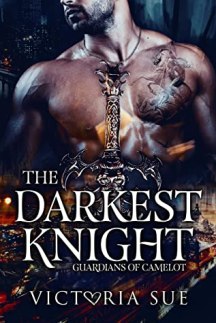 The Darkest Knight by Victoria Sue

As an Arthurian mythology nerd, this series from Victoria Sue has been an absolute delight as she’s taken the common legends and given them new twists.

In this latest entry of her Guardians of Camelot series, she gives us Kay’s story. No longer the foster brother of Arthur, instead he’s an unwanted son discarded by a cruel man.

His Tresor (fated mate and the other half of his soul) is Charles, the Knights Hospitaller we met in book two.

But all is not well as Charles has a calling he’s not willing to give up and Kay’s heart is broken just as the threat from Morgan intensifies.

I have much love for Charles as he is a character that I have a vested interest in (see the dedication in book two 😉) so I couldn’t wait to see how this played out.

I was not disappointed. In fact, I was surprised by the very clever twist in the narrative that I only worked out seconds before it happened.

This is a spoiler free review, so I’ll just say this book will take you on a heart-thumping journey into the past, into secrets and lies and right to the centre of evil.

It will have you almost crying with laughter while your heart is being torn in two.

Ultimately, it will give you all the thrills you’d ever want from an urban fantasy paranormal mix and it sets up the final battlefield to be fought over in book four beautifully.

There is one particular scene which I think most readers will miss, but I saw it and I just say “bravo Victoria Sue” because the mythos surrounding this thing is ripe for the reinvention that is the hallmark of the series.

I’m so excited for book four!