Release Blitz: The Ghost of Hillcomb Hall by Joshua Ian 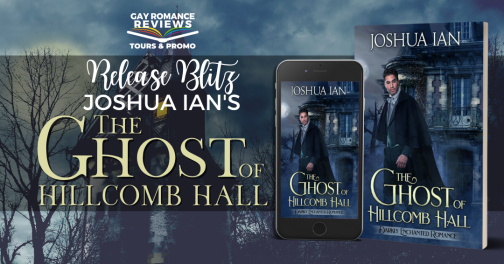 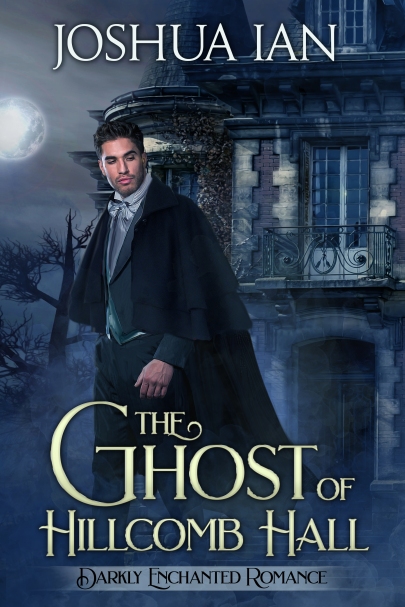 Landscape designer Jonas Laurence arrives at the cheerless and fog enswathed Hillcomb Hall, home to the Earl of Stanley and his family, to renovate their crumbling gardens. With a great storm crashing all around, his time is at the mercy of the house’s odd and mysterious occupants.

Captivated by the hauntingly attractive portrait of Lord Stanley’s ancestor, which constantly seems to watch and taunt him, Jonas’s dreams become weird and distressing. And his waking moments are consumed by the strange stories and weird atmosphere of the manor estate.

Ghostly visits in the night leave Jonas no choice but to accept his attraction to the otherworldly spirit from the painting. But is this affaire de coeur real?

Or is it all just a trick of the mind, a sinister game being played by the inhabitants of Hillcomb Hall? 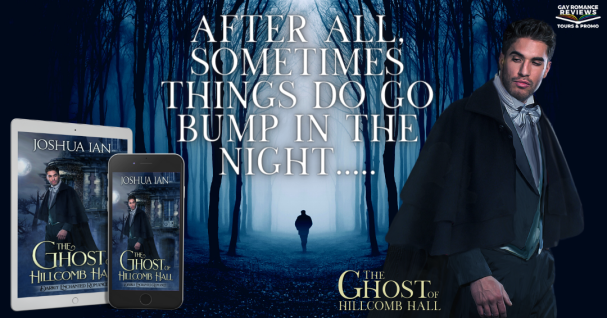 Hillcomb Hall appeared to be a great medieval monstrosity of a thing, Jonas noted as the car got further up the long and winding entry road cutting across the estate. It was, of course, only a century or two old but it had been constructed with the obvious intent of being commanding. The Hall was surrounded by a great forest of trees, ranging in type and size, and although they did not come very close to the house, they succeeded in helping to block out much of the sunlight. The driveway, crushed shell wet from the torrent, which made a discomforting slippery kind of noise under the car’s tires, was cut through a cove of tightly packed ancient trunks. From the plans he had seen, Jonas knew that behind the house was a swath of open ground that led down to a lake. But looking at it from the front, the whole property appeared hemmed in, cloistered away from the rest of the world, and deeply shadowed like some decrepit castle from a storybook. Though the rain had finally broken, and it was only yet mid-afternoon, the house sat in what resembled a cloud of night. A great blanket of fog clung close to the ground and the house almost seemed to float in his vision.

It was a forlorn and sad-making scene and reminded Jonas of the depth of loneliness he had been feeling of late.

Jonas inclined his head at the chauffeur and thought he couldn’t have put it more succinctly if he tried. Damned creepy, indeed, and daunting besides. How in the world, he wondered, was he supposed to design a garden that gave any life or joy of light to such a dreary pile as this? 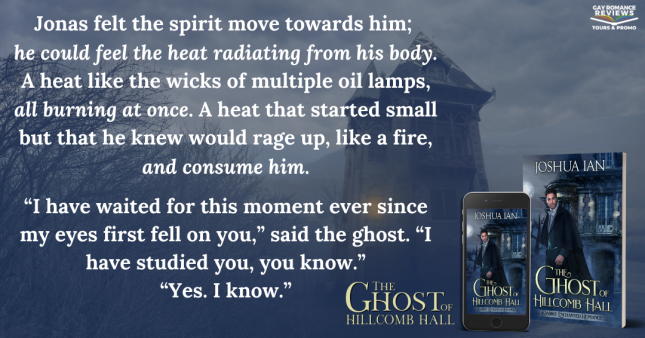 Joshua Ian can easily be captured by a witty turn of phrase or a low-bottomed electronic bassline. If you manage to combine the two, then you have his heart forever. He lives in New York City and writes mostly historical, speculative, and sci-fi/fantasy fiction but he does love a good mystery.

He watches too many movies, eats too much dark chocolate, and falls into way too many Wikipedia rabbit holes- but it’s all in the name of research (or so he tells himself). One day he plans to travel the world – to see what each country has to offer in the way of movie theatres and dark chocolate, naturally. 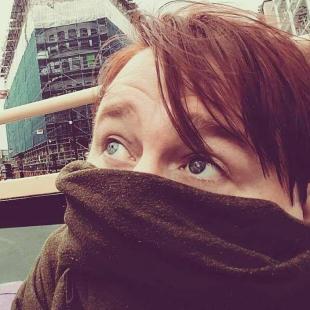 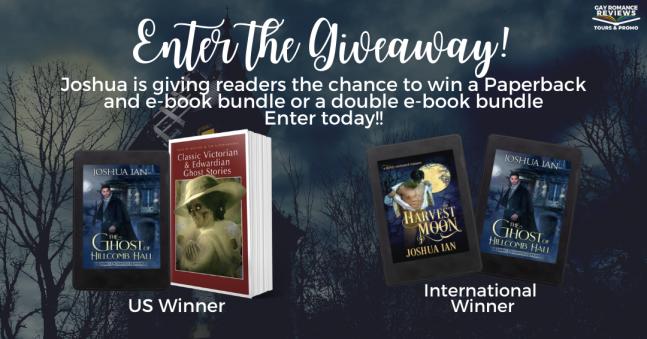 To celebrate the release of The Ghost of Hillcomb Hall, Joshua is giving away 2 prizes, 1 for a local winner and 1 for an international winner! 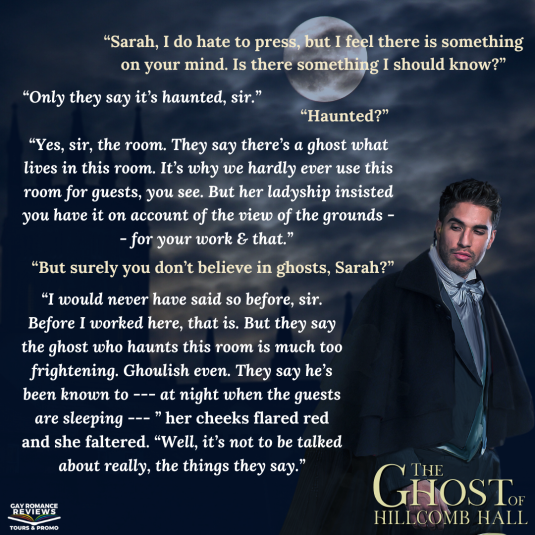