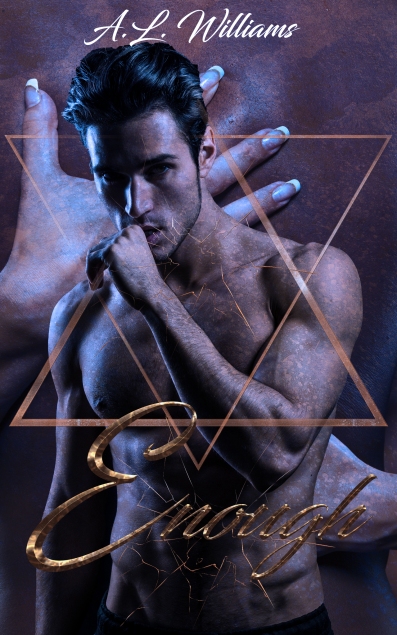 He can go fuck himself…

Dexter spends his days in class and working. He has goals and a future to work for, but he can’t deny the loneliness. When he ran into Isabella he’s pulled into an emotional rollercoaster he didn’t ask for. One that involves an overprotective brute he wishes would go away. It’s not like he’s her boyfriend, so what’s his issue?

Then why this time?

Rashawn shouldn’t be surprised. Picking up random guys was Isabella’s MO. It was nothing new. However, why was this one so infuriating? He wasn’t anything special. Just some college guy who was probably after nothing other than sex. Once she gets her fill, he’ll be old news and things would return to normal. Right?

Both men have been pulled into a triangle they didn’t ask for. They are forced to fight for what they want. There’s one problem. As time goes on neither of them is sure what that is anymore.

A warm body slammed into me and I grabbed at the person’s shoulders to steady them and myself. My hand landed on something soft and I jumped back when I realized. I had grabbed a breast. I gawked at the woman who was staring at me with her head cocked to the side.

She was stunning. She had a thin frame, but the curves were present due to the tightness of her black skirt and red satin blouse, that looked delicious against all that golden skin. My eyes trailed down to her chest with a single button open, revealing perfect breasts. “I’m up here,” she said.

I whipped my head up, my face warm. What the fuck was wrong with me? “I’m sorry, I didn’t mean to—”

She held up a well manicured hand. “It’s fine. I know I’m sexy.” Her dark brown eyes danced with amusement. I must have looked like a fish, but I couldn’t help myself. Not only was this woman drop dead gorgeous, but she carried herself with a confidence that I envied.

“What’s your name?” she asked, inching closer. Her long dark brown curls swayed with her movements.

I glanced at a group of giggling girls that walked by and then turned back. “Dex,” I said.

A wide smile spread across her face. “I’m Isabel.”

She reached out and brushed my arm, sending goosebumps along it. I really needed to get laid. I was far too responsive to the woman. My cock was already taking notice. The last thing I needed was for her to see how desperate I was.

“Would you like to get coffee sometime?” she asked.

I blinked and bobbed my head, feeling like an idiot moments later. What was I, twelve?  “Yeah, that would be great.”

She smirked. “I’m glad.” She leaned in close, her lips only inches from mine. “I’m looking forward to it.” She looked up at me from below her long eyelashes. I swallowed.

“Izzy, what are you doing?”  I jumped back startled by the male voice. A man with dark bronzed skin stocked over, his forehead creased and dark eyes flashing with anger. He glared down at me, towering over us both. He had to be at the least six foot three.  I looked aside, unable to do much else under the intense presence. Who the fuck was this guy?

“Calm down, Rashawn. You’re scaring the poor guy,” Isabel said as if there wasn’t a giant before her, glaring daggers that would kill if allowed.

She moved back and wrapped her arms around his bicep which was far too large for its own good. I mean, come on, it had to be a size too small. Guys like this I knew well from high school. Big and tough with far too many muscles and a bad attitude. I wasn’t here for it. “I have to go. I have homework to do and then I have to get to work.” I said, taking a step back.

Isabel poked out her lip which would have made me laugh if it wasn’t for hulk in the shade of brown looking at me as if he wanted to strangle me. I shifted and swallowed around the dryness in my throat.

“We’re still on for coffee right?” she asked.

I want to say no, but I did need to get out more and do things with people. Who cared if this Rashawn guy was her…I don’t know…he definitely wasn’t her boyfriend or she wouldn’t have asked me out in such a proactive way. Not completely convinced I nodded, trying to ignore the giants hard eyes boring into me. I shifted again.

She reached in her shirt and pulled out a phone, unlocked the screen and handed it to me. “Great! Here put your number in my phone. We can meet at the student union tomorrow around four? I have classes all morning and homework to grade, but after that I will meet you there.”

“Okay.” I handed her phone back and glanced at Rashawn who had his arms crossed in front of his chest in a stance very similar to my father’s. He hadn’t said a word, but I could see the vein in his neck working. He wasn’t happy. Why? She was asking me out on a date. Which meant she was single. What was his problem?

My name is Alec Lee Williams, a black trans #ownvoices artist. My pronouns are He/him/his.  I have loved creating things ever since I can remember. My art is the visual and written expression of what is in my heart and mind. Show the world what social expectation and stigma it has created in regards to mental health. Mental illness and discrimination are a part of our history, and it’s time the world sees it.  The beautiful and the dirty.

With my art, I want to show those who don’t have mental illness what it’s like. I want those that do have a mental illness, specifically queer POC, to relate and maybe even letting go of their trauma and triggers by seeing it displayed. I want them to know they are not alone.

Now that I have decided to pursue writing my novels I hope will do the same. 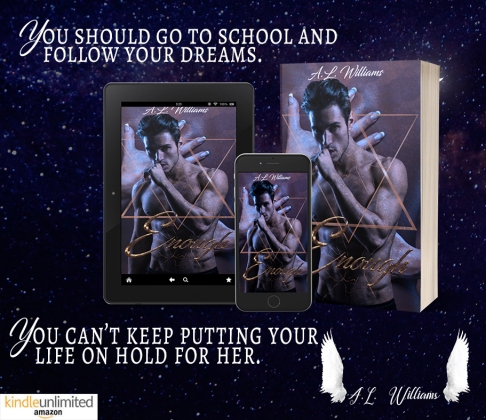