Blog Tour: The One Night Plan by Riley Long

The One Night Plan | Riley Long 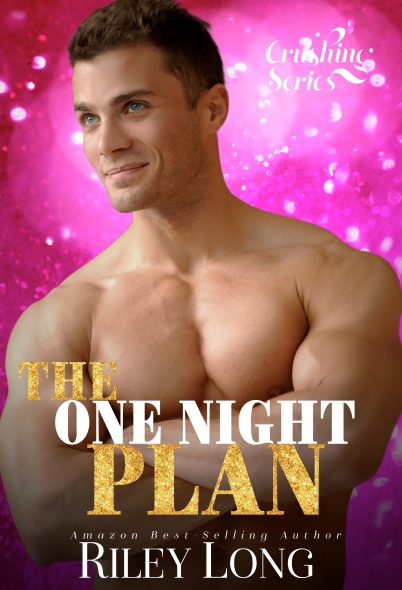 Lucas landed his dream job working public relations for bands in LA, and to kick off his new life, he allows himself a scorching one night stand with a sexy stranger. The only problem? The stranger turns out to be his most famous client.

Working this closely together will be hard, but it turns out keeping their hands off of each other is harder. Can Lucas resist his rockstar’s charisma and stick to the one night plan?

If he can’t, can he convince the rockstar of a new plan: love?

Lucas nodded and stood, ready to follow Nick just about anywhere. The guy was hot, with his husky voice and his muscular arms, and his confidence was magnetic, drawing Lucas in. The way he’d touched Lucas’s thigh made his whole body scream out for more. Lucas didn’t see any red flags or hear any warning bells. He’d had a handful of hookups with varying degrees of satisfaction, though usually not with strangers. Something about this guy felt right. And just like moving to LA, just like taking off to find the bar, when something felt right, Lucas felt compelled to go with it.

Outside of the bar, Nick led the way, guiding Lucas several blocks farther into the city. They soon arrived at a hotel that was … well, not what Lucas had expected. He’d figured Nick would guide him to a cheap, anonymous motel with questionable cleanliness. That’s what usually happened with his one-night stands, right? Instead, they’d arrived at a shiny new building, several stories high, the front modern glass and metal, everything very angular. Lucas raised his eyebrows, mentally reassessing the situation. Who are you, Nick, to take a stranger to such a nice hotel for a hook-up?

Nick didn’t hesitate when they entered the brightly lit lobby. He led Lucas over to the elevator and hit the button firmly. The moment they were inside, Nick was on Lucas, placing his strong hands on either side of Lucas’s face. He pressed their bodies together and then their mouths. He had Lucas pinned against the wall, and Lucas’s heart pounded, his dick getting harder with every passing second. Nick’s hands gripped him firmly, rough fingers stroking his jawline as his hot mouth captured Lucas’s, tasting of gin.

They kissed frantically, Lucas tugging at Nick’s clothes, already desperate for the feel of skin, which he was rewarded with briefly before the elevator dinged softly and the doors slid open. Nick pulled away, cleared his throat, and adjusted his shirt, standing straighter in an effort to look composed. Lucas couldn’t help but grin. Luckily, there was nobody waiting to board.

Nick grabbed Lucas’s hand. “This way.” The hall branched in several directions and Nick put a hand on Lucas’s lower back. The touch sent sparks up Lucas’s spine as Nick guided Lucas to a room a few doors down.

The beep of the door lock sent a twist through Lucas’s stomach and he licked his lips to moisten his suddenly dry mouth. I’m really doing this—hooking up with a sexy stranger my first night in LA. He fought to suppress a bubble of laughter. What a cliché.

But really, Nick was sexy. As they entered the room, the dimly lit lamp in the corner illuminated Nick’s strong, square jaw and the high cheekbones that made him look like a model. Broad shoulders stretched his t-shirt to its limits. Lucas could hardly wait to be wrapped in Nick’s muscular arms.

Riley Long is a wife and mother living a quiet life in Virginia, with her husband, son, and one goofy pit bull. She passes her evenings writing, reading, and watching bad television (or not so bad television).

For fun, Riley participates in NaNoWriMo, GISH, and reads with her book club, the BAMFs. She likes things with silly acronyms. The craziest thing Riley has ever done involves whipped cream and hugs.

Riley writes sweet and sexy romance, with a special place in her heart for hipsters and musicians.

To celebrate Riley’s new release, we are giving 2 lucky winners the chance to win an e-copy of The One Night Plan and an e-book of their choice from Riley’s backlist.