A fast-paced, sexy romance in the woods that will make Smokey Bear come running.

Jax fled his small hometown eight years ago to make it big in LA. His music career took off and he hasn’t been back to see his childhood best friend Emmett–his first, unrequited love–since. No man has lived up to that first love, though Jax has certainly tried.

When he finally gets a vacation, Jax decides to put his playboy ways behind him, surprise Emmett with a visit, and finally lay his feelings on the line.

But Emmett has a few surprises up his sleeve, too–including one big secret. Emmett is a virgin. 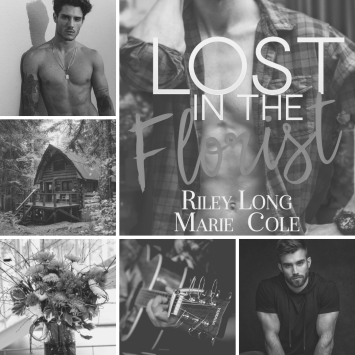 Emmett Walsh poured himself a glass of chilled pilsner and plopped down on the couch. He was nearly thirty and still lived in his parents’ house, but to be fair, his parents no longer lived there. They’d moved out of town and let him live in their house for as long as his grandmother was alive. His parents had felt guilty leaving their small town and Emmett’s grandmother behind, but they’d eased some of it by assuring Emmett that he wouldn’t be strapped down in the small town for very long and for as long as he lived there they’d take care of his housing expenses. And there he was, still stuck in the small town of Camellia. His grandmother was eighty-one years young and a blast to hang out with, especially at Bingo night, but Emmett couldn’t help wanting more. And that’s why he was on Cruzer, a dating app exclusively for gay men.

“Alright Cruzer, let’s see what you brought me today,” he muttered to himself as he pulled out his phone, opened the app, and took a swig of his beer. Right away the homepage showed he had fifteen hearts and two inbox messages. He clicked on the messages first.

Love your pics. I’m a male model and do cam shows and my viewers would love to see you naked and being pounded from behind with a red ball gag in your mouth. If you’re not DTF on cam, maybe we can still get together off cam. If you’re not interested, still LIKE me on Insta!

What the hell is wrong with people these days? Is that all it’s about now? Sex and sex and sex? He hesitated to open the next message. He turned his phone over and set it down on the thigh of his jeans as he choked down half of his beer. He had a feeling it was going to be bad. He set his half empty glass on the coffee table, shook out his jeebies and then picked up his phone again, resuming his dating app check.

Emmett stared at the message for a long moment, letting it sink in. He nodded slowly. “Well, it didn’t say anything about dicks. My prayer was answered.”

Riley Long is a wife and mother living a quiet life in Virginia, with her husband, son, and one goofy pit bull. She passes her evenings writing, reading, and watching bad television (or not so bad television).

For fun, Riley participates in NaNoWriMo, GISH, and reads with her book club, the BAMFs. She likes things with silly acronyms. The craziest thing Riley has ever done involves whipped cream and hugs. Riley writes sweet and sexy romance, with a special place in her heart for hipsters and musicians.

Marie Cole is the author of the contemporary romance #JustFriends Series. Lost in the Florist is her very first boy/boy romance and she’s super excited to be stepping into the m/m arena beside her writer bestie, Riley Long.

She is currently living in Virginia, is a self-professed Kwave addict, Karaoke Queen, and social binge drinker. When she’s not writing she’s taking photos of everything from her fluffy cat Dustpan to birds conversing on her porch. She loves to show them off on her Instagram account.