Blog Tour: Give Me A Hand by Gwen Martin

Give Me A Hand | Gwen Martin

Their worlds collided. Everything changed.

Cam and Jude had been college roommates for two years, fitting into each other’s lives with ease.

That is, until Cam walked in on Jude getting off alone in their shared dorm bathroom.

Everything shifted between the two of them, awakening feelings Cam hadn’t felt for anyone in a long time. Feelings Cam believed had shriveled up after surviving a near fatal car accident to then suffer a disastrous breakup with his first love.

Since then, Cam kept his heart sealed tight in a fortress, keeping himself busy with a lot of mindless hookups and a steadfast refusal to ever commit.

Cam’s life had been predictable. He knew what he wanted.

Until that impromptu mutual orgasm with Jude.

Cam didn’t want a boyfriend, and he certainly didn’t need a relationship.

But he knew one thing he did crave and that was more of Jude Ellison.

Will Cam be able to work through his painful past if Jude offered him a chance at more? 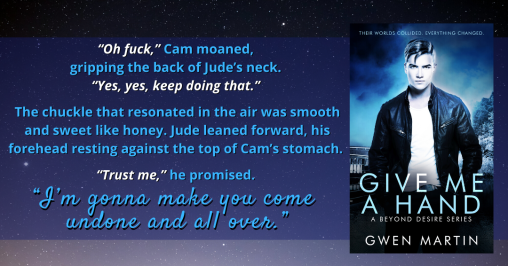 When you find your roommate jerking off in front of a mirror, the solution, Cam discovered, was to avoid all social contact with said person until the day you die.

Which worked out pretty well for Cam because it meant he had taken up all the time they would spend drinking beer and watching bullshit television going to the library and studying instead. Cam extended his walks through the campus, enjoyed hanging out with his best friend Claudia, and took weekend trips home to see his parents in St Pete.

Even the hellish drive on I-4 back to Orlando was more comforting than running into Jude. What could Cam say? “Hey, uh, I really enjoyed seeing you naked and jerking off. Maybe we could try that again sometime?”

It was absolutely stupid.

Which Cam repeated to himself as he made toast before he had to rush off to his finance class. He knew Jude’s schedule, knew that he was routinely up before the sun rises to hit the gym and then go to classes until early afternoon. Cam also knews that twice a week Jude worked at the Publix nearby for a couple of shifts to make extra spending cash.

So, Cam took the chance to continue with his early afternoon breakfast routine. He had stated on multiple occasions that anything that happened in the AM was morally offensive, taking a personal vow to take classes only in the afternoons. He genuinely didn’t know how Jude did it. Usually he never ran into Jude when Cam was scrambling to get something into his mouth on his way to class.

Cam’s thoughts traveled to Jude again. It had been an ever-present issue for him as of late, no matter how many times he tried to distract himself. He thought about how wet Jude’s hair looked from the shower, how the ends were still dripping with water, creating small rivulets down his back. How his hand went faster the longer Cam stood there, the way his back arched, exposing the long column of his throat when he came.

And shit, Cam was getting hard again. Fuck his brain so much.

He stared at the toaster as if it’d done something offensive to him, pulling out the burnt bread and frowning at the display. He decided after a internal deliberation to continue adding butter when Jude said, “So, you’re obviously avoiding me.”

Cam jumped, burning his finger on the heated edge. He grudgingly lifted the angry digit to his mouth, lips turning down in a frown. He hadn’t even heard Jude walk into the kitchen.

“Jesus, dude, you could’ve made your presence a little louder.”

Cam glared over his shoulder, hoping to snipe back about manners. What he got was a full view of Jude leaning against the cinder block wall of their small dorm kitchen, his basketball shorts low on his hips. Jude crossed his arms over his bare chest and Cam bit down on his cheek to stave off the heat expanding in his stomach as he wondered what Jude’s chest would feel like under his fingertips.

“I’m not,” Cam said weakly. “Avoiding you,” he added when the moment stretched too long.

Jude hummed. “Gonna need to work harder on that lie.” 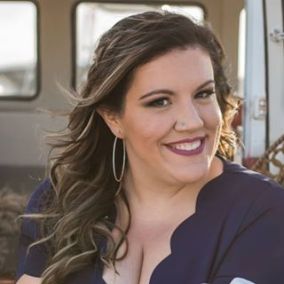 Gwen Martin lives in Florida where the sun is always shining, the humidity is always high, and Disney is just a hop skip away. When she’s not trying to write one of her million story ideas, she’s usually hanging out with her husband and four cats.

Gwen first started writing at a young age, coming up with stories in class instead of paying attention to the math lesson. Since then she has been exploring her love of writing in various fan communities where she has learned how to cultivate character development and romantic interactions.

She has a strong love affair with cold brew coffee, black cats, and nerding out in various fandoms. When she’s not writing, she’s reading everything she can get her hands on, listening to a lot of lo-fi and making playlists, chilling with her four gatos and obsessing about Pusheen. Because it’s always about Pusheen.

To celebrate her new release, Gwen’s giving away 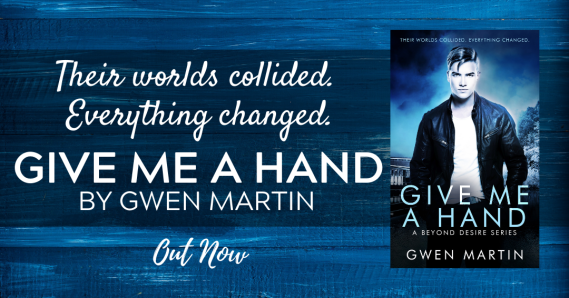 Ask Me What Hedonism Can Do For You