Book Blast: You Can See Me by A.E. Via 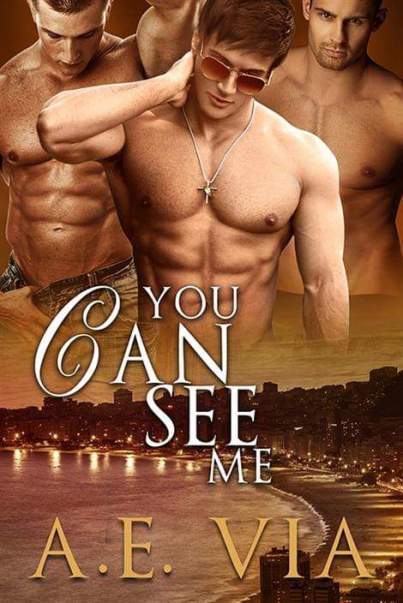 World renowned chef Prescott Vaughan was at the height of his career. Right before he’s to leave for Paris to work alongside his idol, a horrific car accident leaves him completely blind.

His female fiancé leaves him in a state of desperation and depression. He pines for love, companionship, and so happens to find it in the form of his very sexy neighbor. Sexy male neighbor, Dr. Rickson ‘Ric’ Edwards.

Prescott’s not gay – at least he never considered himself gay – until Ric saves him from a date, gone terribly wrong. The two neighbors hit it off quickly and waste no time exploring and learning each other. Things are great until Ric begins to have his doubts about meeting Prescott’s many wants.

When Ric insist he and Prescott take a breather, Pres finds himself lonely and lacking again. Enter, male escort and aspiring chef, Blair McKenzie to fill the void.

In the meantime, Ric works on his issues that prohibits him from displaying the love he knows he has for Prescott. When Ric is finally ready and returns to claim Prescott he’s not sure that Pres can let go of the sexy, southern, hotness that is Blair McKenzie. After Ric has his own personal encounter with the sinfully sexy man, he can’t help but become entranced and crave more as well.

Pres soon realizes that there’s no need to choose between his two men, because when all three of them finally come together – grab a cold drink – the heat is going to go all the way up!

Now after that shove, he really didn’t know how close he was to the street. He took another couple steps and stumbled off the steep curb. Horns blared and tires screeched as he jumped backward, running right into a rock-hard chest.

Pres ducked and shivered violently as the warm urine ran down his pants leg and pooled around his feet.

You got to be fuckin’ shittin’ me. Pres put his one good hand out in front of him to hopefully ward off the attack he was about to get. “Please don’t hit me. I’m sorry. I didn’t see you, I swear. Just…don’t hurt me, please.”

A very masculine, rich voice was in his ear as a strong arm took Pres’s good hand and wrapped it around a narrow waist as the man held his limp, bloody hand up in the air. “Keep it elevated, Pres. Jesus. I’m so sorry. It’s all right. I’m gonna take care of you.”

This person just said my name. Okay…so it’s someone who knows me.

Pres’s keen senses had shut down because of the surge of fear coursing through him. He couldn’t figure out who this kind stranger was.

Pres heard a shrill whistle as the deep voice yelled, “Taxi!” The man had one thick arm around Pres’s back as the other kept his throbbing hand up in the air.

“I got you, gorgeous. Just hold on to me.” The deep voice was smooth and soothing.

Pres was in no condition to fight that it was a strange man holding him like this and calling him “baby.” He’d never been so terrified and abused since he’d lost his sight. He’d never been abused, period. He lost the fight at trying to hold on to a small amount of dignity and buried his head in the strong chest and let his tears fall quietly. He felt himself being ushered into a car, a taxi, he presumed.

A.E. Via has been a best-selling author in the beautiful gay romance genre for six years now, but she’s no stranger to MM. She’s been an avid reader of gay lit for over fifteen years before she picked up her laptop to place her own kiss on this genre. She’s also the founder and owner of Via Star Wings Books, having published a couple great new up and coming MM authors.

She’s recently celebrated her 20th book anniversary, and is kind of known now for her hardcore, play rough and love hard, bad boy, alphas. However, she does like to push herself to step out of her comfort zone, exploring different tropes, but she won’t push herself into a whole other genre. She’s head over heels for gay romance and she has tons of more hot stories to tell.

Be sure to visit Adrienne on her social media pages and subscribe to her newsletter to never miss another release date! Go to A.E. Via’s official website http://authoraevia.com for more detailed information on how to contact her, follow her, or a sneak peek at upcoming work, free reads, VSWB submissions, and where she’ll appear next. 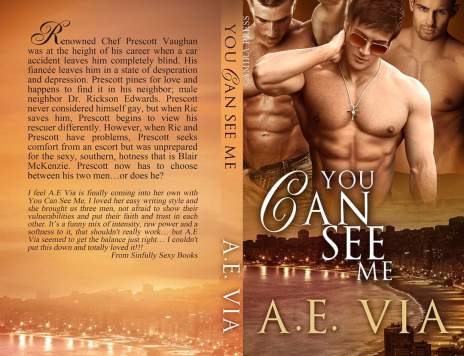