A tale well told with loads of feels

Posted on September 1, 2019 by Mirrigold 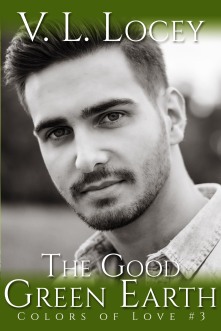 Each time I open a book from Vicki Locey I know I’m going to get a tale told well with depth and loads of feels, usually with a side order of ice hockey.

This one did all that but it also did more.

For one, it made me hate a character with the fire of a burning sun and all with just a few throwaway lines and a bit of explanation.

But by all that’s holy, I wanted to do painful damage to Nate’s brother Chris.

Secondly, it gave me a complex and emotionally scared young man who I wanted to cover in bubble wrap and save from all the hurt he’d had to deal with in such a short lifetime.

Thirdly it gave me a perfect person to make that safe place for Nate. Bran had his own issues and traumas to deal with, but his older pain has been processed, giving him the experience to know how to support his younger lover.

Fourthly, it examines the damaging culture of alcohol which has been tied up in sport for so long. It looks at how drinking is almost a daily routine if you’re a sports star and how getting utterly hammered isn’t frowned on until something goes wrong.

The slow development of Nate and Bran’s relationship is supported by a bunch of ornery seniors, one awesomely supportive agent, a bunch of other interesting side characters and two entitled seagulls who bring light relief to what could have been an overly angsty narrative.