Lords Of The Underworld #3

Exclusive to Amazon and Available to Borrow with Kindle Unlimited

Lach has spent the last few thousand years counting only on himself. What he needed, he took. What he wanted, he won with charm. All except a god he turned his back on an age ago, when he had a different name and didn’t know what he was giving up.

Thanatos, god of merciful death, is one of the gentlest gods in the pantheon—easing the transition between life and death for billions of mortals. But he has faced eternity alone. After breaking his heart on the sharp words of a fisherman’s son, he hasn’t been able to connect with anyone.

Now, Lach is crashing back into Thanatos’s life, dragging him into an adventure that could save the world . . . or kill them both.

Lords of the Underworld Series

Sam Burns wrote her first fantasy epic with her best friend when she was ten. Like almost any epic fiction written by a ten-year-old, it was awful. She likes to think she’s improved since then, if only because she has better handwriting now.

If she’s not writing, she’s almost certainly either reading or lost down a Wikipedia rabbit hole while pretending to research for a novel. 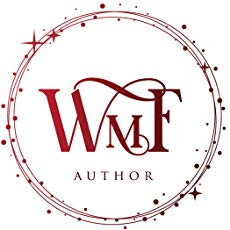 W.M. Fawkes is an author of LGBTQ+ urban fantasy and paranormal romance. With coauthor Sam Burns, she writes feisty Greek gods, men, and monsters in the Lords of the Underworld series.

She lives with her partner in a house owned by three Halloween-hued felines that dabble regularly in shadow walking.