Xin and the Agent is a perfect adventure romp romance 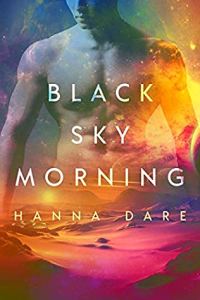 Xin and Jonathan Gray is a match made not quite in Heaven but in the inky black reaches of deepest space and it’s brilliant.

The rakish bounty hunter and the Commonwealth Agent couldn’t be more different if they tried but deep down, both are lost and looking to find meaning as they traverse the vast universes which make up this fantastic series.

Their paths have been converging since book one but here they finally clash in an epic tale of survival and intrigue on a long lost planet in the furthest corner of the galaxy.

I’ve loved each book in this series, with their mix of Farscape space adventures and Anne McCaffrey’s sentient ships, found family and men filled with honour fighting for lost causes and a new future.

For most of this book I had no clue where the narrative would take me and it was awesome as each twist was revealed.

I’m really hoping there’s going to be a final book to wrap it all up as I’m getting a feeling Agents Abrams and Digby might have secrets of their own too and I want to know if Ebba ever finds Novalie.