The Best-Laid Plans by Addison Albright 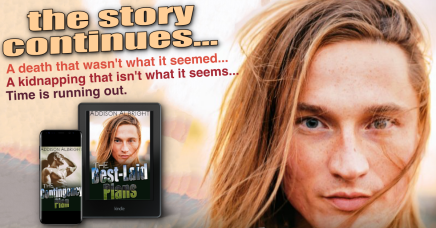 The morning after his wedding night, Prince Marcelo thought he’d be embarking on a journey to his own personal fairytale happily ever after with his husband, Efren, the crown prince of Zioneven. But when news arrives indicating his sister’s death wasn’t as accidental as previously thought, that journey becomes fraught with danger.

Enmeshed in political intrigue, death, and a kidnapping that might not be what it seems, will Efren untangle the web of misleading clues in time to save the naïve young man he’s already come to admire, or will Marcelo dig deep to discover a previously untapped inner strength and determination to facilitate his own survival? 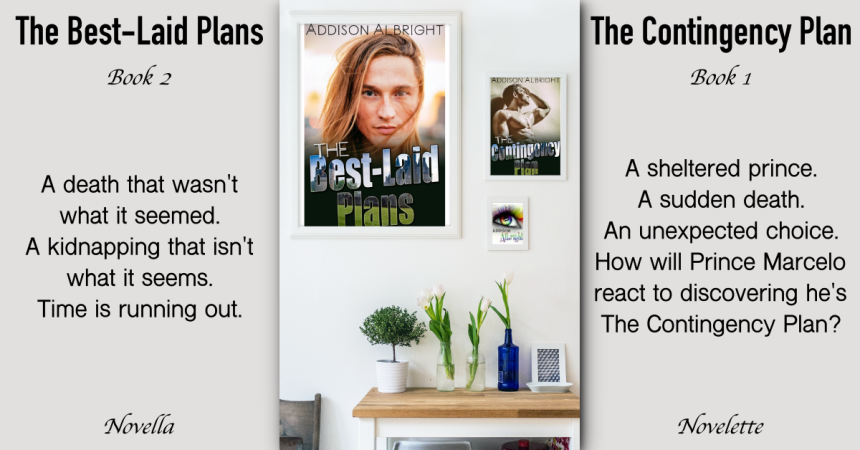 Efren blinked rapidly as he came awake with a start. He stared into the darkness and mentally shook the cobwebs from his mind. What had awoken him? Marcelo lay softly breathing in his arms, as relaxed and peaceful as only the innocent can truly be.

Around him, the night was silent. Too silent? He strained to hear the patrols rustling through the grasses, or the faint trills of their signals to each other.

A breeze swirled through the branches of the trees in the distance, rippling the leaves. Crickets chirped, apparently unconcerned about whatever either was or wasn’t going on in the meadow.

And footsteps. Quiet, approaching footsteps. It must be time for the shift change. That’s what had awoken him. Efren relaxed and nestled Marcelo tighter against him. One at a time, the guards would come in and wake their replacements.

Except—Efren tensed, then maneuvered his arm out from under Marcelo’s head and eased himself from under the blankets—the footsteps, furtively stopping and restarting, were approaching from multiple directions.

Efren shivered as goosebumps rose on his naked skin in the chilled night air and soundlessly slipped his broadsword and knife from their leather scabbard. He glanced at Marcelo, still sleeping, although less serenely with the sudden loss of the warm body next to him.

Guilt pinged his core as he shook off a strong desire to waken and forewarn Marcelo, but he pushed it down. Marcelo, completely untrained in warfare, would be safer in here. He seemed a heavy sleeper, likely incorporating outside noises into his dreams, unused to a need to be readily alert. He might even doze through the skirmish.

Or was that just wishful thinking? Because there’d be no hope that Marcelo could escape unseen, if it came to that.

Surely it would be better for such an innocent to be killed in his sleep, or with scarcely a brief moment of shock beforehand than to spend minutes quaking in terror, unable to defend himself.

Efren shook off his doubts and quickly pushed out the weighty flap, sword raised ready, and opened his mouth to yell an alert to awaken any of his warriors who hadn’t already sensed the looming danger, same as he had. But the breath he drew to strengthen his voice instead choked him.

He’d never before smelled these fumes, but the pungent, wet-dog odor had been described to him. The material of their tents was heavily treated to keep the toxin producing that odor from permeating the walls and closed flaps.

Icy apprehension slithered across Efren’s skin before settling in the pit of his gut. This was a completely unexpected development. The alchemists from the kingdom of Proye who’d developed this toxin—and unfailingly guarded the recipe—called it “Knockout.”

As Efren’s sword arm dropped, followed swiftly by his eyes rolling back in his head and his body slumping in a boneless crumple, a corner of his brain recognized how fittingly it was named, and hoped that enough of it had entered the tent through the briefly opened flap that Marcelo would succumb before Proye agents executed whatever they had planned. They’d been married for less than two days, and already he’d failed his innocent, young husband.

Addison Albright is a writer living in the middle of the USA. Her stories are gay romance in contemporary, fantasy, and paranormal genres. She generally adds a subtle touch of humor, a smidgen of drama/angst, and a healthy dose of slice-of-life to her stories.

Her education includes a BS in Education with a major in mathematics and a minor in chemistry. Addison loves spending time with her family, reading, popcorn, boating, french fries, “open window weather,” cats, math, and anything chocolate. She loves to read pretty much anything and everything, anytime and anywhere.

Enter the Rafflecopter Giveaway for a chance to win:

Read how the story began… 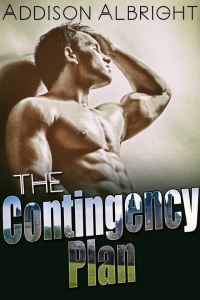 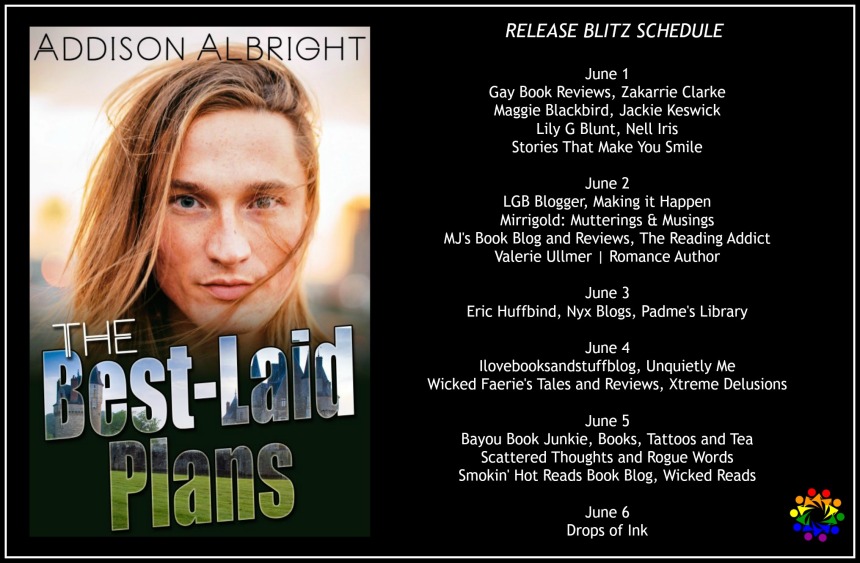