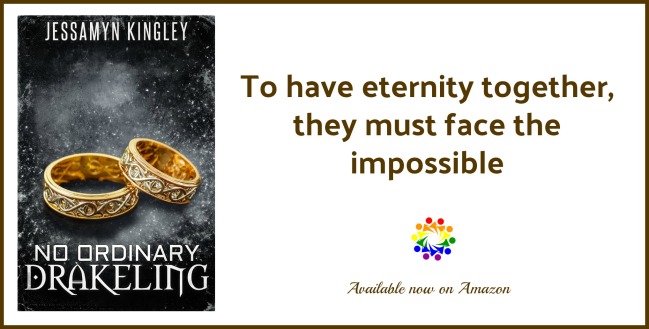 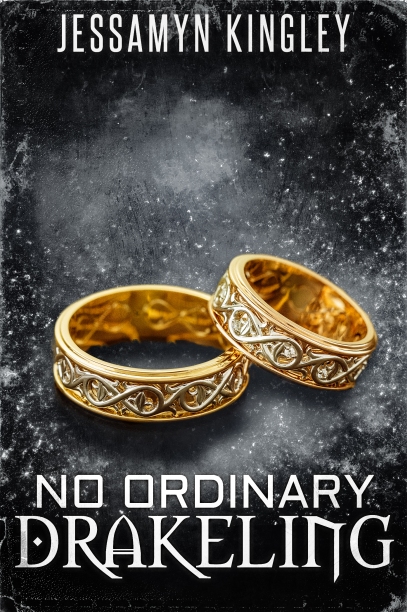 Emperor Chrysander Draconis rules not only the dragons but the entire Council of Sorcery and Shifters. From the moment Fate selected him, he has devoted himself to ensuring his people thrive and prosper.

His life revolves around duty; nothing stands in the way of his dedication to his job. One of the most prominent issues on Chrysander’s plate is the lack of hybrid drakelings that have survived the road from man to beast. When he receives word that one such rare soul is living in an obscure tribe, he races to help.

Ellery of the Fen-Lynthi elves is different from the rest of his people. He does not understand why his ears are shorter, why he stands taller than the others. Then his mother explains why the other children mock him and call him a mongrel: his father, a dragon, abandoned her the moment he learned of Ellery’s impending birth. With his mother’s often-fragile mental state, Ellery does not know if he can trust her words, but they are all he has. He spends his days ostracized, doing what he can to improve his lot.

Chrysander is overjoyed to find his mate among the Fen-Lynthi, but when it is confirmed that Ellery is half dragon, he is terrified Ellery will be ripped apart by the beast inside him. Regardless, Chrysander proceeds with their matebond ceremony, though he delays the event, believing duty demands they bypass elven tradition.

This troubles Ellery, and he wonders if moving forward is what Chrysander truly wants. Their schedules present them with little opportunity to spend time together, which gives him further cause for worry.

If that isn’t enough, Ellery is apprehensive over his new role as emperor. Chrysander and Ellery must confront their fears and learn to face the world as a united and loving front. In doing so, not only will they be able to defy the impossible, but they will change the world. 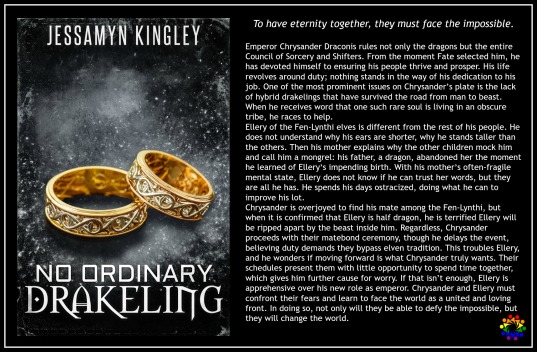 “I’m only trying to be realistic. We can’t ignore statistics, even if you are Chrysander’s mate,” Wesley stated.

“I am afraid I do not understand.”

“Ellery, what do you know about hybrids?” Chrysander asked, his voice warm with concern. Ellery liked his tone and wished they had a few moments alone to get to know one another, but for some reason Fate had paired him with a powerful man who had abundant responsibilities.

“Not much. My tribe did not interact with many people. I am the only hybrid I have ever heard of. I just know the other elves did not like that I was different. Is the Council the same way?”

“I won’t deny that there are those ignorant enough to think hybrids are somehow lesser than others, but they are very few. What Wesley’s referring to is survival rates for hybrids,” Chrysander stated, and his words were measured to Ellery’s ears, though he couldn’t discern why.

“What is the survival rate for hybrids?”

“In general, they’re quite high,” Damian revealed. “The ones who are half shifter almost always have a beast, though there are exceptions. However, the larger and more powerful the animal, the more trouble hybrids have surviving their first shift.”

Ellery let that tidbit of information settle into his mind. He reached down inside of himself where the entity inside him dwelled. It had always been a warm and inviting presence and at Zane’s words, all he felt was peace. A voice inside his head told him his dragon wouldn’t hurt him, and he decided to trust it. Just because no other hybrid had managed the feat did not mean Ellery was going to die. In fact, he refused to accept that it was his destiny. “How many dragon hybrids have there been?”

“Not many that we’ve known of, though hybrids in general are growing more common. Fate seems to be pairing more combinations of people than ever before,” Chrysander told him.

“How old are dragons when they shift for the first time?”

“Around one hundred,” Zane replied.

“We’ll give you some time with a trainer but yes, you should be ready,” Chrysander assured him.

“I think we should wait until after Ellery’s shift for any of this. He can live here and concentrate on his beast. We’ll deal with the rest of the details afterward,” Wesley suggested.

“If that’s what Fate wanted, she wouldn’t have led him to Chrys until after his shift. The title is his,” Damian responded.

“I agree,” Chrysander said. Ellery found himself smiling. At least Chrysander appeared glad to have met him.

“That’s fine, but everything else needs to be put into action immediately,” Chrysander replied, and Ellery grew irritated as his grin faded. No one was going to observe elven tradition or even ask him what he wanted, but he was now a dragon too. He needed to keep an open mind and learn about his other culture. This was his opportunity to put his life as an elf behind him and embrace dragonkind. He wanted to forget the isolation and sadness he’d endured and create something worthwhile that made him happy. But what he most required was to collect himself from the shock of his afternoon. There was a beast inside him ready to grow wings…

And even more astounding was the man he was going to share an eternity with. He was handsome, appeared kind, and Ellery welcomed the opportunity to discover more about him.

Ellery got to his feet. “Perhaps you could show me where I will be sleeping?”

“I’d be happy to,” Zane offered, and Ellery followed him out of the room. He wasn’t sure what his future held, but he wasn’t going to spend the next few weeks as if they were his last. The other hybrids may have failed, but Ellery was determined to make history. 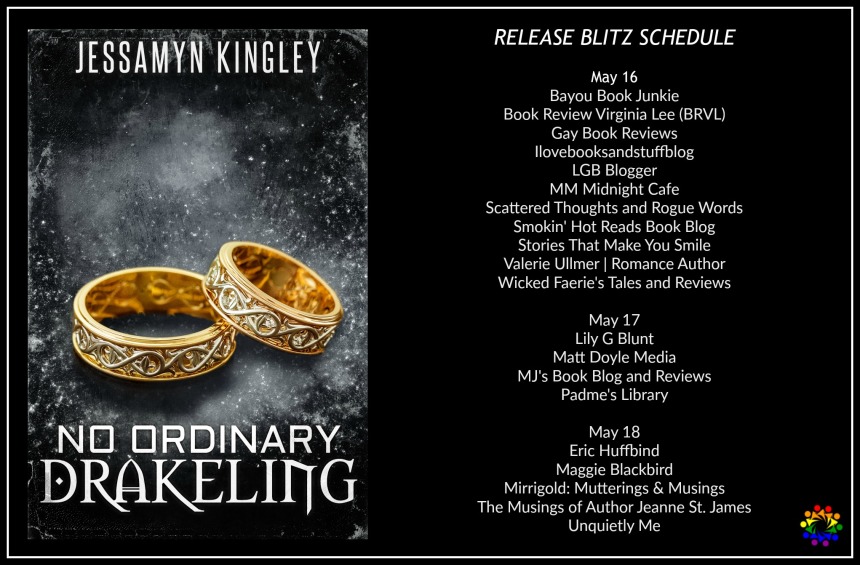 Jessamyn is married and working toward remembering to start the dishwasher without being distracted by the scent of the magical detergent.

For personal enjoyment, she aids in cat rescue while slashing and gashing her way through mobs in various MMORPGs. Caffeine is her very best friend and is only cast aside briefly for the sin better known as BBQ potato chips.