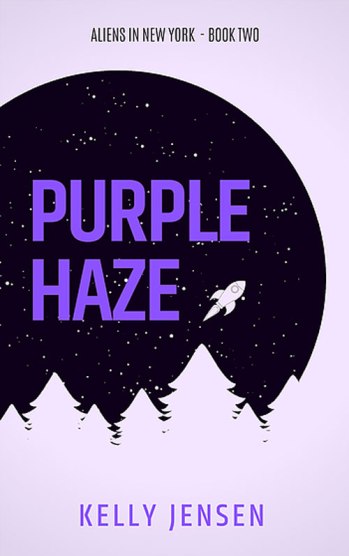 Six months have passed since Dillon and Lang crashed into each other on a crowded street in New York City, changing the course of their lives. Now they’re living together as a couple, happy, in love, but not quite ready to say the words out loud.

Dillon is about to embark on a new adventure—opening a private art school housed in the brownstone left to him by his father. Lang… Lang is becoming ever more aware of the futility of his mission: being caretaker to his clan’s future, when his clan might not survive the war with an opposing faction.

When a flashbulb outside a nightclub on New Year’s Eve temporarily blinds Dillon, the course of their lives is set to change again. Dillon’s perception of how the world works is going to be forever altered, and Lang will have to decide between his mission and the man who has come to mean more to him than he ever thought possible.

It will be up to both of them to chart a new direction, one that holds the balance between being human and alien. A course that might require sacrifices neither of them is willing to make.

This series is best enjoyed in published order

If aliens ever do land on Earth, Kelly will not be prepared, despite having read over a hundred stories of the apocalypse. Still, she will pack her precious books into a box and carry them with her as she strives to survive. It’s what bibliophiles do.

Kelly is the author of eleven novels–including the Chaos Station series, co-written with Jenn Burke–and several novellas and short stories. Some of what she writes is speculative in nature, but mostly it’s just about a guy losing his socks and/or burning dinner.

Because life isn’t all conquering aliens and mountain peaks. Sometimes finding a happy ever after is all the adventure we need.