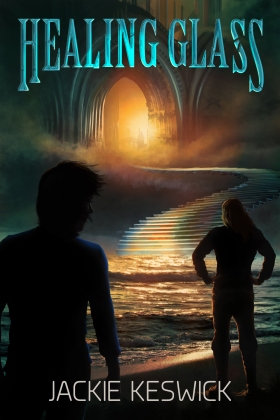 Payhip Store (this offers a lower price than mainstream retailers)

They thought to bury us. They never saw that we were seeds. Seeds of glass and steel, stronger and more resilient than either.

An ancient, forgotten accord.

And two gifted men caught in a web of greed and dark magic.

Despite belonging to different guilds, glass master Minel and warrior captain Falcon are friends. Their duties keep them apart, but when Minel falls ill and chooses death rather than the only known cure, nothing can keep Falcon from his side.

As their friendship grows into more, old wrongs and one man’s machinations threaten the floating city and leave both Minel and Falcon fighting for their lives.

Can they learn to combine their gifts to save the city and its magic, or will everything they know and love perish before their eyes?

Healing Glass is an LGBT fantasy adventure with its head in the clouds. If you like medieval backdrops, impressive world-building, three-dimensional characters and a touch of magic, then you’ll love Jackie Keswick’s socially-conscious adventure.

Jackie Keswick was born behind the Iron Curtain with itchy feet, a bent for rocks and a recurring dream of stepping off a bus in the middle of nowhere to go home.

She’s worked in a hospital and as the only girl with 52 men on an oil rig, spent a winter in Moscow and a summer in Iceland and finally settled in the country of her dreams with her dream team: a husband, a cat, a tandem, a hammer and a laptop.

Jackie loves unexpected reunions and second chances, and men who don’t follow the rules when those rules are stupid. She blogs about English history and food, has a thing for green eyes, and is a great believer in making up soundtracks for everything, including her characters and the cat.

And she still hasn’t found the place where the bus stops.

For questions and comments, not restricted to green eyes, bus stops or recipes for traditional English food, you can find Jackie Keswick in all the usual places.