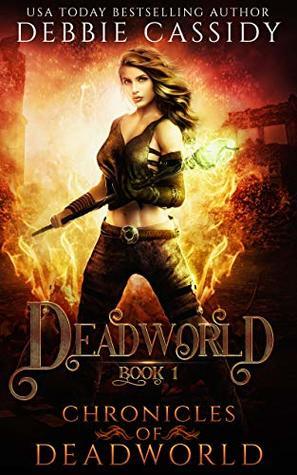 Being a Potential is an honor. It qualifies me for the mandatory Run, the chance to become a Guardian and wield one of the only weapons that can disable a Genesis scout. It also means I’ll have to leave the safety of my underground home and go topside, where the possibility of death goes up by eighty percent.

Badges of honor mean nothing if you’re dead.

I’d rather steer clear of any place where soul-sucking AI roam. I’d rather stay safe in the Hive and hang out with my wolf-shifter co-worker. I’d rather work on the mechanical heart that keeps the Hive running and spend time with my enigmatic nephilim mentor. Heck, I’d rather be doing anything else.

But I’ve made a promise to my best friend, a promise to get her to the finish line in time to win a spot as Guardian. How hard can it be, right? We have a plan. So why do I feel as if something is about to go seriously wrong?

Debbie Cassidy lives in Bedfordshire, England, with her three kids and very supportive husband. Coffee and chocolate biscuits are her writing fuels of choice, and she is still working on getting that perfect tower of solitude built in her back garden.

Obsessed with building new worlds and reading about them, she spends her spare time daydreaming and conversing with the characters in her head – in a totally non-psychotic way of course. She writes Urban Fantasy, Fantasy and Reverse Harem Fantasy. All her books contain plenty of action, romance and twisty plots.