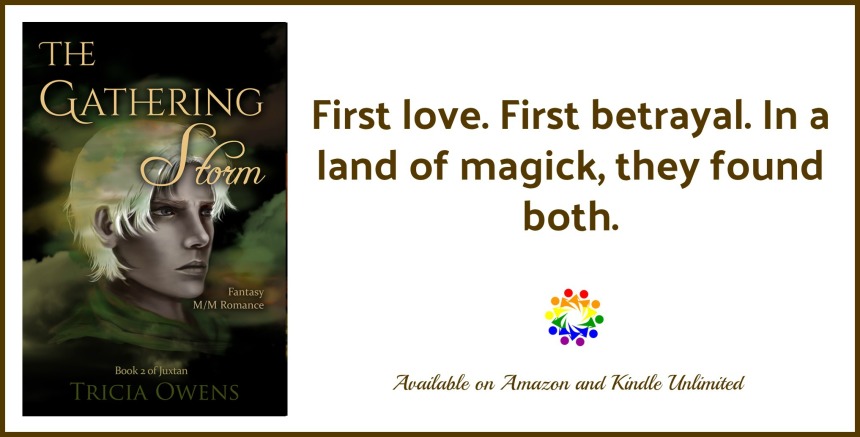 This book was previously published as The Gathering

After betraying the only man he ever loved, Hadrian ni Leyanon waits for death amid the ruins of a sorcerous battle. Before that can happen he is recruited by the Council of Elders which governs the use of magick in Juxtan.

The Council needs him to track down his evil sorcerer father and force him to face a justice they aren’t powerful enough to inflict on their own. Wracked with guilt, Hadrian agrees to join the mage-led mission in the hopes it will allow him to redeem himself.

But when Caled, the handsome mercenary whom Hadrian betrayed, insists on joining the mission too, Hadrian discovers that redemption needs to come from the man who hates him most.

The mercenary tightened his fingers around Hadrian’s wrist in response. For a brief instant Hadrian was transported back in time, when Caled held his arm this way because he was leading Hadrian back to the Bell and Buckle for a midday roll and they were trying to be discreet while excitement quickening their pulses. The memory was so sharp and the ache it caused so painful that Hadrian let out a whimper of longing before he could stop himself.

Caled turned his head at the sound, his glorious blue eyes still full of a hate that seemed to age him. But there was something else which lurked in those sapphire depths, something…

“Please,” Hadrian said, the word holding a thousand meanings―it was up to Caled to decide which interpretation to take. “Please.”

Caled had brought them to a mudroom off the main entrance that afforded some privacy. In the semi-darkness, surrounded by hanging cloaks and furs, Caled released Hadrian’s arm and turned around. He herded Hadrian back against the nearest wall, Hadrian clumsily moving his feet out of the way to avoid being stepped on.

Hadrian found himself pressed into the scratchy fabric of wool cloaks. Damp mud on their hems brushed the backs of his bare calves, making him shiver at the cold. But if he needed heat, all he needed to do was look into Caled’s eyes.

“I understand you’re going to kill me,” Hadrian began, his voice stronger than he expected. “I deserve your justice.” The lines around Caled’s eyes deepened. “But I want you to know, Caled. I want you to know―it wasn’t a deception. What we shared―it was real. It was real for me.” 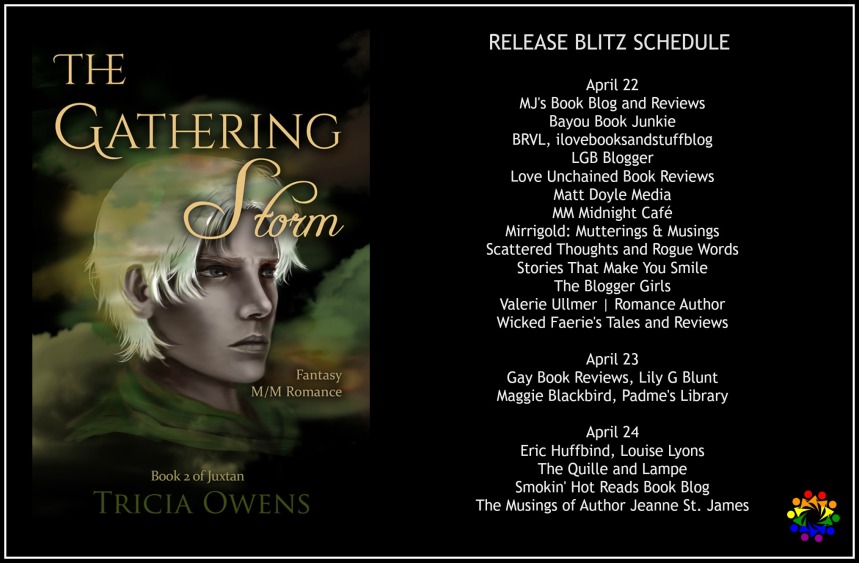 Tricia Owens has been writing MM fiction since 2000, after stumbling onto the term ‘slash’ and thinking it referred to horror stories.

She is the author of the Sin City, A Pirate’s Life for Me, and Juxtapose City series, among several others. She lives in Las Vegas.