A crime spree to steal aerospace technology. An intern with the brains to stop it.

When Jess uncovers evidence that her boss is stealing technology to build his company, her coveted internship at Aries turns from dream job to catastrophe.

Worse, her boss cons another young woman into becoming his accomplice, and the duo’s chemically enhanced skills and weapons help them become the most infamous supercriminals to sweep the tech world.

Before they pilfer every aerospace lab in North America, Jess must use her ingenuity to stop them—risking her career, her relationships, and maybe even her life.

A dead engineer was an inconvenient way to start the week.

From the passenger’s seat of his Bentley, Tony used his phone to post a new job opening.

“Get her car out of the parking lot. Torch it so it looks like tragedy struck on her way in.”

“Yes, sir,” said Reah, weaving through traffic as she took him to the Aries office.

Accidents were uncommon in the research lab. The work involved too much time behind a computer for that. But when the occasional ‘whoops’ did happen, it was an annoyance. Covering them up was a pain. Finding a willing and qualified replacement was worse.

“Warehouse,” said Scott when Tony entered the lab to check the damage. “She was modifying the propellant.”

Tony stifled a curse. Of course it was the propellant—the substance too stubborn to realize its own potential.

He and Scott crossed the lab with its white lights reflecting off white tiles, white walls, white tables, and white lab coats. The five other engineers kept working, unease leaking from their pores like sweat. With only seven of Tony’s two hundred employees cleared for the lab, the hole left by their dead colleague was more of a chasm.

Tony was unruffled. Their non-disclosure agreements were thorough enough for a situation like this.

That much was obvious. Scott’s fluorescent-pale skin and lab coat were smudged, leaving a goggle-shaped clear spot around his eyes. Holes split the toes of his shoes, revealing socks with hamburgers printed on them.

“Was anything else destroyed?”

An empire of technology filled the warehouse. These were his top achievements, past and future. No accident, no matter how messy, could quash the pride he felt every time he entered it.

He flung open the double doors. The stench of burnt metal and hair tickled his gag reflex.

“Minor damage to the surrounding area,” said Scott, dabbing his sweaty brow with a singed sleeve. “No property was ruined.”

It took a moment to blink the warehouse into focus. Dim, cold, and vast, the place could have passed for a storage facility. Walkways snaked between mounds of technology.

An early prototype of the Aries satellites—what the world came to know as the Aries 180 fleet—stole Tony’s attention as he entered. The size of a bald eagle and mounted on a podium, it was the one now-useless technology he refused to incinerate. He caressed it as they passed.

Yet, despite all that filled the floor, the place was a cold vacuum, a void. Like the invisible substance called dark matter, every space in the warehouse represented an irksome gap in knowledge. Empty corners, walkways, every molecule of dead air held promise. As creator of the Aries universe, Tony intended to use any means necessary to fill those gaps.

Tony’s watch vibrated. He looked at it to find a text.

Reah: Need your clearance to get her purse. Locker 4.

He replied, 5 mins, and quickened his step.

The temperature rose as he and Scott drew deeper into the warehouse. A drone whirred overhead, taking photos at intervals. More drones hovered beneath the three-story ceiling, LED lights marking their presence. He would have to review the surveillance images later to see what happened. He might enjoy popcorn with it.

They stopped at the explosion site. The concrete floor rippled, like it had melted and hardened again. Every adjacent surface was dented and singed. Five dry chemical fire extinguishers lay nearby. Most intriguingly, a black, body-shaped imprint traced the floor like a shadow, a dusting of ash in its center.

Tony scattered the ash with his toe. “Looks like this place was pretty lit.”

Scott cast him a sideways glance.

The culprit was the twelve-foot vat towering beside the scene of the accident. Smoke wisped from the top, Tony’s hopes and plans disappearing with it into the black ceiling. The heat wrapped around him like a wool blanket.

“So the propellant isn’t going well,” said Tony, like a challenge.

“It just reacted badly,” said Scott. “I’m confident we’ll get it in time.”

“Hm.” Don’t placate me, Scotty. What churned inside that vat represented tens of millions of dollars.

Sure, every aerospace company had rocket propellant, but no one had this. This was his next opportunity for international success—his next Aries 180 fleet, so to speak. If only the damn stuff would stop failing him. The setback choked his sense of control like a vice around his throat.

His father had told him there was no point in going into business unless you were going to be the best. Rather, the advice had been something like, “You wanna run a business, you gotta do whatever it takes to get on top. Might as well quit and be a shit-scraper if you’re gonna be a pussy about it.”

Tony held that wisdom close. Using methods no one else was brave enough to try, he was on his way to upgrading Aries from a humble Canadian startup to the world’s most cutting-edge aerospace company.

Steve: Korean Space Agency wants you to join the call.

Korea would have to wait. He was already late for an appointment with the bank.

“What are you going to do to fix it?” he said to Scott.

“I hired all of you because you’re the smartest engineers in the world. You’re telling me you don’t know?”

“There are other engineers who might know more about high-energy liquid tetrapropellant, Doctor Ries.”

“I’ve scoured universities. I’ve head-hunted in the Silicon Valley. They’re too—” Tony waved a hand. “They’re not ready for the scope of the job.”

Scott didn’t need to know how many applicants failed the psychological evaluation. A PhD and a 150 IQ meant squat when the candidate couldn’t pass a basic obedience experiment.

If he wanted this propellant, he would have to get his engineers something to work from. Sometimes, they needed a push. Call it inspiration, or pieces of the aerospace puzzle.

This was a gap in the matter that made up his universe. It needed to be filled.

Global Nanosats was making headway in liquid propulsion. They could be of use.

He pulled out his phone to check his calendar. An email notification appeared, reminding him of a development meeting in twenty minutes. He swiped it away.

Stress tickled the base of his brain. He would have to make time to get that data between his other appointments, or cancel a few. This was more important.

He’d known for a while that he was overexerting himself. His universe was expanding faster than he could manage. If he wasn’t careful there would be a stellar collision. He couldn’t keep filling these voids alone.

He needed someone to help him get this information—someone smart, fearless, and malleable. He needed a personal assistant. 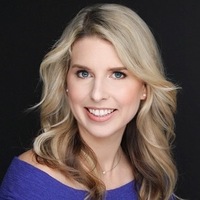 Tiana Warner is the best selling author of the Mermaids of Eriana Kwai trilogy.

Her books have been acclaimed by Writer’s Digest, Foreword Reviews, and the Dante Rossetti Awards. She holds a bachelor’s degree in Computer Science from the University of British Columbia. Tiana enjoys riding her horse, Bailey, and is an active supporter of animal welfare.