Review and Blog Tour: A Ferry of Bones & Gold by Hailey Turner 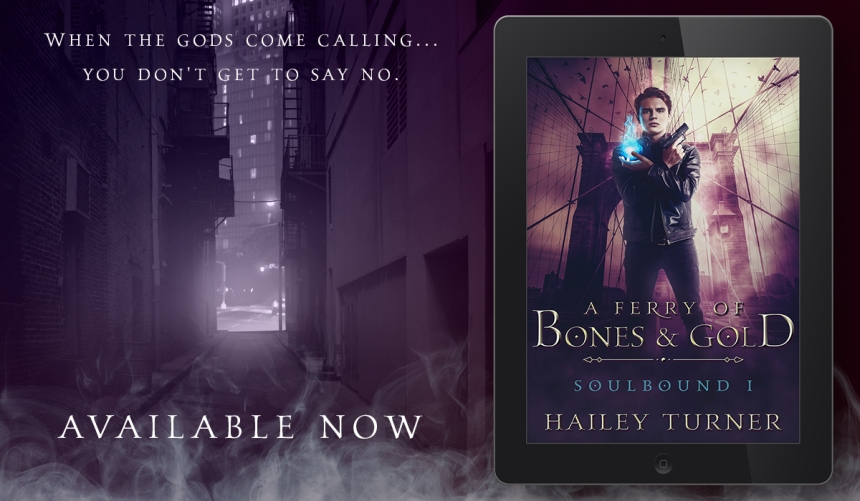 When the gods come calling, you don’t get to say no.

Patrick Collins is three years into a career as a special agent for the Supernatural Operations Agency when the gods come calling to collect a soul debt he owes them. An immortal has gone missing in New York City and bodies are showing up in the wake of demon-led ritual killings that Patrick recognizes all too easily from his nightmares.

Unable to walk away, Patrick finds himself once again facing off against mercenary magic users belonging to the Dominion Sect. Standing his ground alone has never been a winning option in Patrick’s experience, but it’s been years since he’s had a partner he could trust.

Looking for allies in all the wrong places, Patrick discovers the Dominion Sect’s next target is the same werewolf the Fates themselves have thrown into his path. Patrick has been inexplicably attracted to the man from their first meeting, but desire has no place in war.

That doesn’t stop Patrick from wanting what he shouldn’t have. Jonothon de Vere is gorgeous, dangerous, and nothing but trouble—to the case, to the fight against every hell, and ultimately, to Patrick’s heart and soul.

In the end, all debts must be paid, and Patrick can only do what he does best—cheat death.

Patrick let go of the whiskey bottle and reached for his handgun instead, clicking the safety off. The weak threshold wrapped around the apartment hadn’t been tripped, but someone else was in here with him now. The second he acknowledged that fact, Patrick heard the television in the living room turn on.

“Fuck,” he said under his breath.

Patrick got unwanted visitors that were not the demonic variety from time to time. Nothing ever stopped them from showing up, but it never hurt to be prepared. Magazine locked in place and a spelled bullet in the chamber worked for him.

Patrick walked out of the bedroom, weapon in hand, and the moment he saw who was sprawled on the couch, he seriously thought about pulling the trigger, lack of suppressor be damned.

“What the hell are you doing here?” Patrick demanded.

Patrick scrubbed a hand over his face, thinking longingly of his whiskey and the fact he had hours to kill before needing to be at Tempest. “I’m way too fucking sober to deal with you.”

“Touch my whiskey, get shot.”

Hermes flipped him off. “Wouldn’t kill me. Sit down, Pattycakes. We’ve things to discuss.”

Patrick glanced down at his weapon and sighed. Hermes was right. Not even spelled bullets could kill an immortal. “I hate that name” 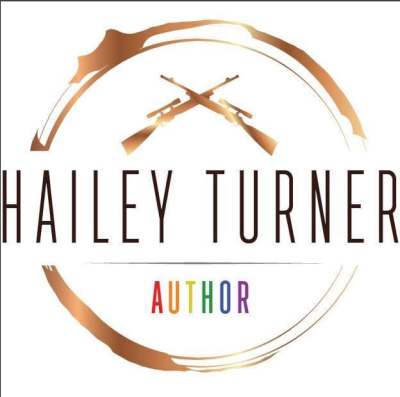 Hailey Turner is big city girl who spoils her cats rotten and has a demanding day job that she loves, but not as much as she loves writing. She’s been writing since she was a young child and enjoys reading almost as much as creating a new story.

Hailey loves stories with lots of action, gritty relationships, and an eventual HEA that satisfies the heart.

Newsletter:  You can keep up with Hailey’s future projects by joining her newsletter, where you can instantly download the free Metahuman Files short story A Distant Devotion and the Soulbound short story Down A Twisted Path: http://eepurl.com/cAEejL

Win one of three e-copies of any back catalog book by Hailey Turner! Open International.