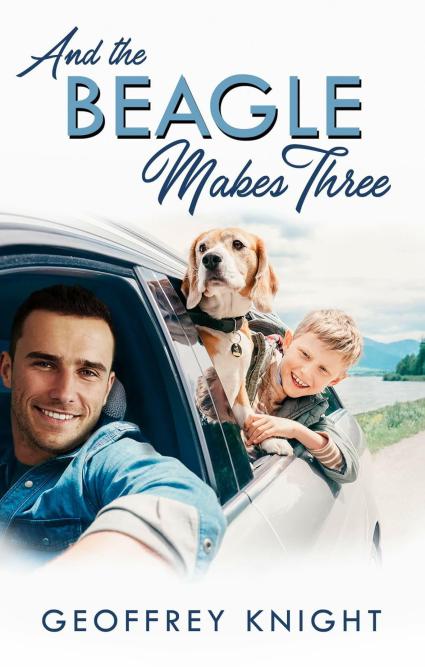 When Stuart Summerfield finally realized he was gay, he knew that telling his beloved wife Claire would be one of the hardest, most heartbreaking things he would ever do. Unfortunately Stu’s coming out wasn’t simply heartbreaking… it had the most unexpected and tragic consequences imaginable.

Now, almost one year after the car accident that took Claire’s life, Stu has buried himself in his work to push through the pain and guilt while doing his best to raise, Atticus, their young son, who has himself handled his grief in his own unique way. While getting by one day at a time proves difficult enough, it never crossed Stu’s mind that the family’s annual weekend away at the lakeside home of his sister-in-law, Bethany, would still go ahead now that Claire was gone.

Atticus, however, has other ideas. With his loyal beagle Digby by his side, Atty makes a phone call to Aunt Bethany in an effort to keep the family tradition alive, no matter what chaos and calamity might ensue.

And so over the course of one weekend filled with commotion—and emotion—Stu and Atty are about to learn that healing can open up your heart, that grief can sometimes be good, and that nobody travels the road to recovery alone. 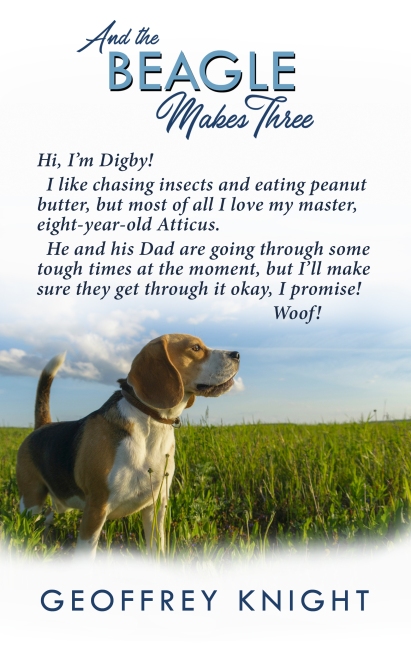 Atty pondered a fry mid-bite. “Dad, can I ask you a question?”
“Of course you can. What’s up?”

“Did you always know you were gay?” Atty’s question was delivered with such matter-of-fact curiosity he might as well have been asking what happened to the dinosaurs or where do snowflakes come from.

Stu took a breath and held it a moment, then answered, “Well… I don’t know exactly. I think so. Maybe. It’s just that, all your life the world tells you to be one thing.

And so, you become that one thing. Until one day you wake up and discover you’re not that thing at all, and realize ‘Oh my God, I’ve been this other thing all along and I never stopped to figure it out.’ But until you really accept that, you can never really be happy, or make anyone else happy for that matter. Does that make sense?”

Stu put his burger down. “Atty, God, I’m sorry. I never… I just thought… I mean, I never realized you weren’t into chocolate ice cream.”
Atty shrugged. “It’s okay Dad. Nobody ever realized about you either, not even Mom. You don’t exactly act gay.”

“I think there’s probably a lot of guys out there who don’t exactly act gay. At least I hope there are, anyway. I think I’d prefer the low-key type.”

“I guess we’ll find out what ‘type’ you like if you ever go out on an actual date, huh?” Atty pointed to his Dad with his next fry, “Which brings me to my next question. When are you gonna go out on a date? You’ve got as far as ‘I’m gay’. Where’s your proof?”

“Oh, Atty. When I came out, everything happened all at once. There was so much to deal with, all I could worry about was you.”
“Dad, it’s been almost a year. I’m okay now. Maybe it’s time to start worrying about you.”

Geoffrey Knight is the author of more than 30 gay fiction novels, novellas and short stories, ranging in genre from gay adventure, gay romance, gay suspense and gay comedies. He is the recipient of two Rainbow Awards including Best Mystery Winner and Best Overall Gay Fiction Runner-up.

His work has been featured in several anthologies including Best Gay Erotica 2013, and he appeared as Guest of Honor at the inaugural Rainbow Con in Florida, 2014.

Geoffrey has worked in advertising, politics and journalism, but nothing is as fun as telling stories. He lives with his partner, their baby daughter, two dogs and two cats in a rambling old house in North Queensland, Australia, where the paint is fraying and life is good.